Greenlight > Games > GameArt Studio's Workshop
Greenlight is being retired. For more information on how to submit games to steam, refer to this blog post.
This item has been removed from the community because it violates Steam Community & Content Guidelines. It is only visible to you. If you believe your item has been removed by mistake, please contact Steam Support.
This item is incompatible with Greenlight. Please see the instructions page for reasons why this item might not work within Greenlight.
Current visibility: Hidden
This item will only be visible to you, admins, and anyone marked as a creator.
Current visibility: Friends-only
This item will only be visible in searches to you, your friends, and admins.
Quantum Rush Online
Description Discussions9 Announcements38 Comments295 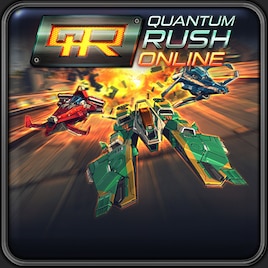 mandreas
Offline
See all 34 collections (some may be hidden)

Store page
Recent Announcements View All (38)
A.I. Invasion goes gold!
October 1, 2015 - GameArt Studio
We are proud to announce that A.I. Invasion completed its Early Access phase and is now available as full version! Many new features, missions and locations made it into the game.
Take on the role of a soldier fighting against the merciless A.I. machines controlling the universe. Traveling the Rimae planetary system you command a team that has to overcome various missions to defeat those pesky metal roaches. Utilize a wide range of weapons and even special items that aid you in battle! Can you reclaim the system from the A.I.?

Full list of features
Additionally many minor improvements, bugfixes and smaller feature additions mark the transition of A.I. Invasion from Early Access to full release. So, see you on the intergalactic battlefield!

A.I. Invasion is set in a post-apocalyptic age and demands lots of strategical skills from trigger-happy players.

The extra-terrestrial A.I. has subdued the whole galaxy with a overwhelming army of machines. In various deadly missions set on different planets of the solar system, players have to face this threat to reclaim the place of mankind in the universe.

He is assisted by a team of special units he has to equip and command and by many special items he has to unlock during gameplay.

Who wants to throw themselves into battle can do that immediately as the game has been released today on Steam in early Access. Until release there will by many content updates and more missions and battle grounds.

More information can be found on the Steam page (http://store.steampowered.com/app/386540/) and on the official site of the game (www.ai-invasion.net).

Quantum Rush is a great action-packed online future racer! For too long there has been silence in the future racing genre! Quantum Rush has come to take the lead!
Highlights
Features

The following great features await you:

"All in all, I enjoyed my time in the Quantum Rush beta. I will admit that I didn't win a single race as my sloth-like reflexes mocked me regularly, but I had fun. This is an easy to learn sci-fi racing game that delivers action along with the thrill of racing. Plus, who hasn't dreamed of shooting a missile at another racer?" (http://mmo-play.com/mmo-blog/quantum-rush-beta-preview)

"Quantum Rush aims to restore the genre of futuristic racing games to its former glory" (http://www.gamershell.com/news_159319.html)

"Inspired by games like F-Zero and Wipeout, Quantum Rush is a competitive online racer for the PC that pits the pilots of various high-tech crafts against each other while utilizing diverse weapon systems, researching cutting edge racing tech, and extensive racer customization to craft the ultimate racer of the future." (http://www.heypoorplayer.com/2013/12/futuristic-racer-quantum-rushs-beta-begins-today/)

"Quantum Rush is a great looking futuristic arcade racer, in a similar vein as WipEout, but with a few noteworthy improvements. The game features WipEout like power-ups scattered across its gigantic tracks, but ships also have special abilities, are fully customisable and upgradable, and there are a host of online comunity features. It’s a great futuristic racer, that’s very fast, very pretty, and lots of fun." (http://www.alphabetagamer.com/quantum-rush-beta-sign-up/)

" It’s a “combat racer” in a futuristic style that allows for anti-grav technology, industry standard death beams and a truly wacky selection of locales. ... Quantum Rush is an interesting one, particularly with the free-to-play model." (http://www.rockpapershotgun.com/2013/08/28/drive-the-car-shoot-the-gun-quantum-rush/)

Quadstrike Oct 18, 2015 @ 6:59pm
basically in the older itteration f2p their was a turning bug that occoured because the physics of the turning was serverside vs clientside which made the game uplayable, this game is made in germany but these are some of the laziest coders becasue their re-releasing the game and making it europe only because why? probably because they didn't recode the turning and just fix the mechanic... they approached youtubers for exposure and then f'ed up the mechanics and made it EU only, really disappointing.

Sarthos_Jacruga May 31, 2015 @ 1:43pm
Alright, in a serious note, this looks like an amazing, modern day hybrid between wipeout and f-zero, but when i click on the link claiming to be the store page, it drops me back at the store main page, nor can i find any trace of this anywhere. Anyone know what's going on?...

Phaota Sep 26, 2014 @ 4:51pm
I certainly hope the game servers for North America open very, very soon. I want to play this game. Loved the WipeOut games, so this is a good step up from those.

Quantum Rush Online has been Greenlit and is now listed in the Steam store. For the latest information, purchase options, and discussions for Quantum Rush Online, please see it on the Steam Store or in the Steam Community.
Visit Store Page
For more details Visit Community Hub
For latest discussions
If you really, really want to, you can continue to the Greenlight page. Information on this page may be out of date, since all the action has moved to the areas noted above.