Store Page
ARK: Survival Evolved>  Workshop > eatingtuna's Workshop
This item has been removed from the community because it violates Steam Community & Content Guidelines. It is only visible to you. If you believe your item has been removed by mistake, please contact Steam Support.
This item is incompatible with ARK: Survival Evolved. Please see the instructions page for reasons why this item might not work within ARK: Survival Evolved.
Current visibility: Hidden
This item will only be visible to you, admins, and anyone marked as a creator.
Current visibility: Friends-only
This item will only be visible in searches to you, your friends, and admins. 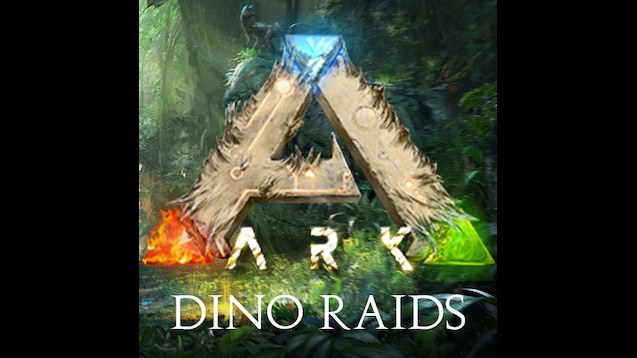 eatingtuna
Offline
See all 333 collections (some may be hidden)

This item has been added to your Subscriptions. Some games will require you to relaunch them before the item will be downloaded.
Description
Warning! You may loose everything you have!

The mod is designed to add a challenge to your survival world by spawning in waves of dinos to attack and attempt to destroy your base. If you are not prepared you will lose your dinos, base and stuff.

I made this mod to add some more challenge to my own survival experience by spawning dino raids of three different difficulty levels. The difficulty is determined by the number of structures that the targeted tribe have. I have tuned the types of dinos similarly to orbital supply drops. Easy difficulty will spawn dilos, pteros, raptors and stegos, the second up to spinos, and the final will spawn up to corrupted gigas and wyverns and will be very difficult.

Here are some key points about the mod.

Again this mod is high risk so use with caution.
I made it for me so if anyone wants any changes I will open source the project you can make any changes you want.
Popular Discussions View All (10)

will mean that there is a 2 in 3 chance of a dodo appearing and a 1 in 3 chance of a gallimumus appearing.
Also I think the system seems to prefer spawning creatures you put last in the list, with the creatures first in the list seeming to be rarer; don't take my word on that it might have just been coincidental for me.
Also those annoying beams that spawn in and eventually ruin your game only seem to appear on singleplayer, so this mod is fine on servers but seems unbearably annoying to use in singleplayer.

curbbbx Apr 3 @ 7:38am
This mod is added with the code cheat scriptcommand startdinoraidnow. No, friends from all over the world help solve it. Thank you

Chaon Jan 16 @ 6:10pm
@BlackWolf, the mod has been abandoned and the modder has released the source code. He also no longer replies to comments here.

Chaon Jan 16 @ 3:58am
Source code for the mod is found here: https://www.arkmod.net/sourcefiles

The site that was hosting the source code will expire in five months. I've downloaded it just in case but if anybody has any interest in it they should download it now.

Pake Jan 14 @ 6:11pm
Love this idea. Was thinking how you have it set so that, if ground spawning is unavailable, it will only spawn flying creatures and that got me wondering if you have any thoughts or plans on making a similar feature for water bases?

General LEX Jan 12 @ 2:02pm
seem to be a bug, i keep getting Raids one after another, i've had 4 back to back, and decided to stop server to solve it.But after next couple of One normal raids. It doing it again back to back.
Begin to be intense

Also:
I would like to have more settings to put 5 lvl of difficulty for waves instead of 3.
And better know how to customize the dino in the wave.

But i like your mod, keep thing interesting around base