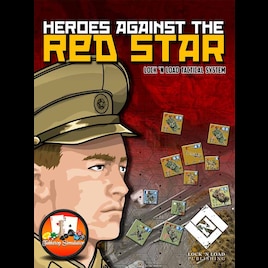 You’ll command a bucket of 1985-era weaponry including Soviet T-80, T-72, T-64, and T-55 tanks Hind helicopters, Soviet infantry, paratroopers, BMPs, and all their accouterments of war - RPGs, RPKs, RPDs, you are free to do so. Your also forces representing French conscripts, the Foreign Legion, Paratroopers, and lots of tanks. You’ll match AMX30 B-2 tanks against the best Russian armor, direct Jaguar airstrikes, and recon enemy positions with ERC-90 and AMX 10RC armored cars.

You get to play with anti-tank guided missiles (ATGM), which are easily depleted, advanced armor, advanced sights (thermal and night), fixed wing air support, and much more.

Fight scenarios from the first probes by Soviet infantry to the ultimate, desperate clash for the Eisenbach Bridge. This is modern street fighting., in the buildings, on the deck of the tanks.

The older 5.0 rules and PACs have been saved in a separate folder inside the Admin Counters Crate on the table.

Notes:
If you like this mod then please remember to rate it or even add it to you fav list. This kind of support will go a long way towards providing additional mods in the near future.

Enjoy and please comment if you have any questions or concerns regarding the mod.
< >
3 Comments