Store Page
Garry's Mod >  Workshop > funee's Workshop
This item has been removed from the community because it violates Steam Community & Content Guidelines. It is only visible to you. If you believe your item has been removed by mistake, please contact Steam Support.
This item is incompatible with Garry's Mod. Please see the instructions page for reasons why this item might not work within Garry's Mod.
Current visibility: Hidden
This item will only be visible to you, admins, and anyone marked as a creator.
Current visibility: Friends-only
This item will only be visible in searches to you, your friends, and admins. 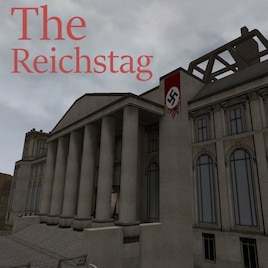 funee
Offline
See all 254 collections (some may be hidden)

This item has been added to your Subscriptions. Some games will require you to relaunch them before the item will be downloaded.
Description
"The path towards our glorious victory has been a journey of blood and brutality. All of it has been necessary. When the flag of our motherland flies atop the Reichstag... All of Berlin will know that the evil of the Fascist Reich has been wiped from the face of the earth."
This is a map made for Zet0r's nZombies gamemode

The config will be included with the map, in the required addons section. If you don't want this map for nZombies, no need to download it, it's not actually required.

!!! For the required addons for the config, click on the config's addon page on the right !!!
This is a large map that took me about a quarantine's month of work. Comes with custom textures, and a few custom models.

Includes:
A decent part of this map(Maybe 40-60%) is based on a Call of Duty: World At War campaign mission (Downfall), so uhhh... credit to the dudes at Treyarch in 2008? Rest of the credit to me. All me. Not the Nazi flags though. Didn't make those...

[NEW ADDITION]
When creating a config, take note that there is now a little block inside of the barrier in power room. Be sure to set it to turn "open" with electricity, along with setting it's price to 0. This will play a custom soundbite when turning on the power.

Eventually, when I think I'm done with updates, there'll be a gm_reichstag out, which'll be the same map but with no clipbrushes or misc props that aren't needed for the map (ex: the fortifications in the meeting room). This map will be better for a sandbox experience. Expect it sometime in August.

Currently found in the "other" tab, appropriately named "reichstag".
Also you'll need CS:S materials and man if you don't have those yet, I don't know what to tell you.

"But funee, why aren't you working on that other map???"

Also, congrats, you read the description. Proud of you :)

Thanks, and have fun
Popular Discussions View All (3)

ึ Aug 3, 2020 @ 5:38pm
Can you eventually add the courtyard area in front of the reichstag where all those flak towers were and sandbags? So far the map is amazing with WW2 npcs attacking each other with hearing the konnigratzer march haha.

funee  [author] Jun 18, 2020 @ 3:29pm
@Spartan that’s weird, I haven’t seen anybody else complain about those missing. Regardless, I’m sure you could get them an alternative way by downloading the nZombies content packs.
< >