Store Page
Divinity: Original Sin 2 >  Workshop > Xorn's Workshop
This item has been removed from the community because it violates Steam Community & Content Guidelines. It is only visible to you. If you believe your item has been removed by mistake, please contact Steam Support.
This item is incompatible with Divinity: Original Sin 2. Please see the instructions page for reasons why this item might not work within Divinity: Original Sin 2.
Current visibility: Hidden
This item will only be visible to you, admins, and anyone marked as a creator.
Current visibility: Friends-only
This item will only be visible in searches to you, your friends, and admins. 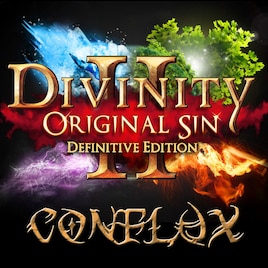 This item has been added to your Subscriptions. Some games will require you to relaunch them before the item will be downloaded.
In 1 collection by Xorn
Official Divinity Conflux Collection

This mod uses Norbyte's Script Extender. [github.com]
Simply extract DXGI.dll file to the same directly as EoCApp.exe for DefEd and you're good to go.

Divinity Conflux is a Combat Overhaul mod that aims to be a true class-less system with improved skill and talent synergy. Players are no longer encouraged in having to choose a specific archetype then stack multipliers. Now countless build varieties are available to players in a true make-your-class condition.

Players can not only choose the schools they want to mix but how they want to mix them. A player can choose their schools then also choose to go flat damage, pure status effects or a mix of both adding an entirely new layer to play style options. No longer is status just something that comes with an ability but instead a conscious choice in character building. More emphasis is placed on attaining skills the player wants rather than stacking multipliers.

Includes a new Difficulty mode: Strategist which takes the place of Tactician (this will not show when first loading the mod)- In this mode enemies will smoothly and continuously scale in difficulty apposed to falling off around the end of Act2. This lends to a more consistent need of player attention in combat till the very end of the game as lvl 20 enemies are notably stronger.

NOTE: Strategist Mode has been balanced around a 4man team without additional Class mods.

One major feature of Divinity Conflux are new and powerful Tier 2 Status effects. These statuses help tie the knot on build variety by integrating different elements together on a global scale including Elemental Runes on melee weapon having the ability to proc statuses. 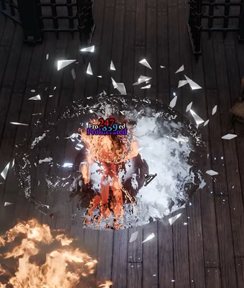 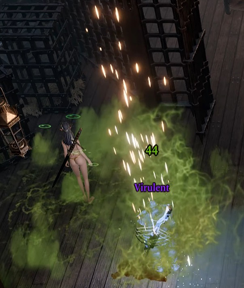 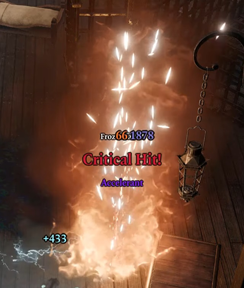 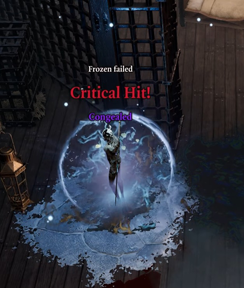 Conflux interactions are not exclusive to a single conversion. If more than one condition is met then multiple Conflux statuses can occur with a single trigger. ie Shocking a target afflicted by Poison and Burning will produce both Virulent and Accelerant.

Many Skills have been reworked for better synergy with their own schools and others. Many have been given conditional bonuses that can be fulfilled granting more powerful effects, more damage or allowing effects to ignore Armor to give a more thoughtful approach to combat.

Some global Statuses such as Proliferate and Congeal can also bypass armor when proper conditions are met adding further intricacy to build setups and ability rotations.

Why Armor? Armor in Conflux plays a more preventative and counter-play role. Far more status cures have been added to the game well as Talents to diminish the value of armor. HP to Armor scaling ratios have been changed in addition to changes in enemy damage scaling. There's quite a few moving parts but the main point is that Armor will never be your main source of survival in Conflux and as mentioned there are ways around it.

This is an example of a Defender Template. Defenders have the highest Armor values outside bosses and yet still both combined do not exceed the unit's total Vitality. Add to this additional layering through bypassing armor, talents / skills which prevent status effects and a more thoughtful approach to combat is rewarded.

Enemy AI now has a more human-like response to player actions. They will cure allies of status effects, esp CC. They will attempt to reveal invisible players or disrupt line of sight on themselves and/or allies from a ranged attacker. Enemy AP efficiency has been improved to value more effective skills and enemies now have access to far more skills, talents and consumables which increase as the game progresses.

All but 2 Talent have been re-scripted and remastered.

There's too much to cover here so please feel free to check out any of the following Links:

All Class mods work with Conflux. Some mods are being integrated one by one for better blending and balance with Helaene series likely next. Players may find LL's Mod Manager[github.com] necessary to get the right mix of features.

Note: This does not mean Conflux has these mods built in. You will still need the original.

Not compatible with other Combat Overhaul mods. Spirit Vision, Animal Empathy Giftbags or free Savage Sortilege. This mod has these functions built in. Also not compatible with Refund Race based Civil Abilities, Additional Summons Pack or Magic Mirror Fix.

Conflux Odin Library - This is a 100% modular add-on for Odin Class mods. It will detect which mods are active and dynamically change UI elements, stats, scripts and some balance tweaks.
Conflux Heavy Enemies Add-on - This add-on notably increases enemy HP scaling and is often seen as the preferred method of play. Also good for heavily modded sessions.
Pip's Improved Hotbar - Allows you to create multiple hotbars. A very good QoL mod for Conflux with it's huge skill collection and synergies.
Sorcerous Sundries Fix - Pretty much required if you enable this Giftbag with mods.

Xorn  [author] Sep 28 @ 8:21pm
@Something Cat
There's a spoilers channel in the discord.
You can also ask all the mechanic based questions you want. Quicker than this.

But thank you for the info! New Blood Knight Build unlocked! >:D

Most high end healing skills cure Proliferate since it's a Tier 2 status. Cleanse Wounds, Steam Lance, Vitalize, Bless. Equilibrium only cares about "attack" and "magic" offense HitTypes. It doesn't care what school, what damage type or anything other than a few blacklisted skills that already use custom scaling like Extravasate or Ice Breaker.

Something Cat Sep 28 @ 8:45am
Two Questions I forgot, and 1 random question

With the boss in the lizard embassy how do you fight it again? I remember it spawning things but beyond that no idea.

How do you cure Proliferate?

Does Equilibrium work with Necromancy Spells?

Something Cat Sep 23 @ 12:34pm
Fair enough! Wasn't sure, so figured I'd say something in the hopes of getting an answer on some stuff. Thanks <3

Xorn  [author] Sep 23 @ 12:32pm
@Something Cat
Not a bug. The Armor Sets from Giftbag5 were reworked a while ago. Devourer was changed to be a generalize Warfare set giving FIN and INT in addition to STR. It also gives + to all weapon skills. The rune slots were spread out among the different pieces. No talents because Conflux talents are strong but in return it's good for any Warfare build.

Runic Arsenal follows the DefEd standard of Weapon, Amulet, Armor, Shield with 1 rune slot. Giftbag 5 Armor sets defied this standard and I think Larian just never changed the 3 Uniques you get in Act1. The talent and skill specify "Chest Armor" but I can see why it would be confusing when the rune itself just says "Armor". That's a limitation of runes.

Xorn  [author] Sep 23 @ 12:21pm
@Cjlyh96
Spirit Vision can't be turned off. Statuses are the best way to communicate to the player what's happening outside visual effects. Most stuff I've made in the past year has been intentionally status icon light because I am aware it's getting cluttered. King of Terra/Storms for instance have only one Icon that displays and only when activated. Those two are more recent where King of Flames/Ice have a status that's always on. I do plan to clean up older stuff but there will always be more statuses because there's more going on.

Something Cat Sep 23 @ 7:20am
So a weird bug I found recently, the Devourer set, the chest looses 2 rune slots, and picture of health from the leggings.

Also the runes from Runic Arisnel don't work for armor slots other than chest and shield, intentionally or bugged I don't know.
< >