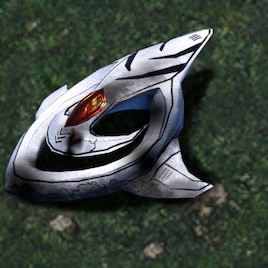 Nyerguds
Offline
See all 6 collections (some may be hidden)

This item has been added to your Subscriptions. Some games will require you to relaunch them before the item will be downloaded.
Description
Replaces the Orca Crash map tile by a crashed space ship.

The weird tile seen on the west cliff in GDI mission 3 (and some other places) in the original '95 game was confirmed by Petroglyph developers to be a poorly-rendered helicopter crash. Despite this, rumours have stuck around insisting it's some kind of crashed alien space ship. In response, NightShadow02 created this silly and glorious piece of misinformation. And now you can enjoy it in-game!

Nyerguds  [author] Mar 29 @ 4:08pm
@The New Holy Roman Empire: You might want to actually read the description of the mod...

The New Holy Roman Empire Mar 29 @ 2:29am
is this going to lead to a mod where you can play the scrin? if so...take my pennies!

Nyerguds  [author] Aug 17, 2020 @ 11:58pm
@The Rhubarb Fantastic: Probably. It looked nothing like a downed Orca, and even the creators said it was supposed to be a helicopter, from which I understand it was not an Orca.

Mortarch of Blood Jul 1, 2020 @ 7:13am
You know what, I might be thinking of Tiberium Sun - There are deffo small ufo crashes on there. Could of sworn that the "ufo tile" gave a tool tip though! Apparently not.

Nyerguds  [author] Jun 30, 2020 @ 4:26pm
@Neferata13 This is plain terrain though; like rivers, roads and bridges. It's not a map object, just part of the raw terrain. Terrain decoration like trees and rocks do give tooltips, but the raw map tiles do not.
< >