Store Page
Garry's Mod >  Workshop > ☭Comrade Communist☭'s Workshop
This item has been removed from the community because it violates Steam Community & Content Guidelines. It is only visible to you. If you believe your item has been removed by mistake, please contact Steam Support.
This item is incompatible with Garry's Mod. Please see the instructions page for reasons why this item might not work within Garry's Mod.
Current visibility: Hidden
This item will only be visible to you, admins, and anyone marked as a creator.
Current visibility: Friends-only
This item will only be visible in searches to you, your friends, and admins. 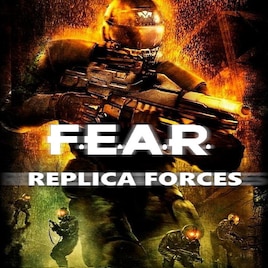 This item has been added to your Subscriptions. Some games will require you to relaunch them before the item will be downloaded.
In 1 collection by ☭Comrade Communist☭
F.E.A.R. Pack by Comrade

18 items
Description
Welcome. I present a remaster of my Replicants from the game F. E. A. R. to the VJ Base.
The addon includes:

• 41 NPC
• 16 Weapons for the NPC and Player
• 19 Skins
• 13 Bodygroups
• Playermodel with C_Hands
• Adjusted model polygons
• Chance of being dismembered by an explosion or shot in the head of an NPC
• An opportunity to become one of the Replicants. Talk to Fettel

The Replica Forces are cloned soldiers designed by Armacham Technology Corporation under the auspices of Project Perseus. The Replicas were raised in response to a Department of Defense directive for Armacham to develop genetically engineered super soldiers that could be telepathically controlled by Paxton Fettel. They are the key antagonists of the series, along with Alma Wade.
They are the main enemies encountered in F.E.A.R. First Encounter Assault Recon, F.E.A.R. Extraction Point and F.E.A.R. 2: Project Origin, as well as being the secondary enemies in F.E.A.R. Perseus Mandate and F.E.A.R. 3. They are all voiced by Mark Lund.

Goblin Conscript Oct 23 @ 11:32pm
gibs have collisions which often results in the npcs killing eachother on gibs, there should also be an option to turn off custom gibs

will you fix this?

fear_nail2[414]: Changing collision rules within a callback is likely to cause crashes!

ReddSnake Sep 25 @ 8:43pm
This mod is broken, spawning them as enemies makes their models contort and fly around

TheBulldozer24 Jul 19 @ 8:59pm
This is a great mod I enjoyed using despite it's shortcomings with bugs and a few lua errors. However, the Replica soldiers do seem to always killing each other, a lot of friendly fire. They end up finishing themselves off before I even do so.

GoderackGR Dec 25, 2021 @ 3:32pm
Some of the replicas (not sure which, not sure if all of them do this) shoot physical bullets that stick on surfaces they hit. This causes lag, as fighting multiple replicas can result in hails of those bullets and thus using up more memory. These bullets should disappear the moment they hit a surface.