Store Page
Tabletop Simulator>  Workshop > cozmic.charlie's Workshop
This item has been removed from the community because it violates Steam Community & Content Guidelines. It is only visible to you. If you believe your item has been removed by mistake, please contact Steam Support.
This item is incompatible with Tabletop Simulator. Please see the instructions page for reasons why this item might not work within Tabletop Simulator.
Current visibility: Hidden
This item will only be visible to you, admins, and anyone marked as a creator.
Current visibility: Friends-only
This item will only be visible in searches to you, your friends, and admins. 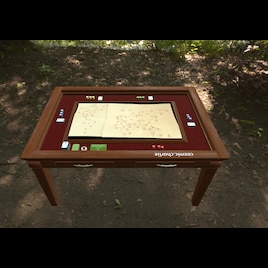 This item has been added to your Subscriptions. Some games will require you to relaunch them before the item will be downloaded.
Description
You and your team are the last defense standing in the way of an invasive species that threatens the world! From the Arroyo Earth Team, Plant-Demic is a cooperative game of teamwork and strategy. Up to four players will play as the invasive removal team (humans) and will be pitted against one player playing as the invasive species (2-5 players total).

Who are we? We are the Arroyo Earth Team, a group of interns for the Earth Team organization, dedicated to cleaning up the Earth and restoring its natural beauty. We created this game in order to raise awareness about invasive species, which can be very harmful to not only the environment, but the human economy and even human health.

Love ourselves. Love the world.
#ImRootingForTheEarth

www.earthteam.net
**This game was created by high school students**