Store Page
Half-Life: Alyx>  Workshop > [Cytogon]'s Workshop
This item has been removed from the community because it violates Steam Community & Content Guidelines. It is only visible to you. If you believe your item has been removed by mistake, please contact Steam Support.
This item is incompatible with Half-Life: Alyx. Please see the instructions page for reasons why this item might not work within Half-Life: Alyx.
Current visibility: Hidden
This item will only be visible to you, admins, and anyone marked as a creator.
Current visibility: Friends-only
This item will only be visible in searches to you, your friends, and admins. 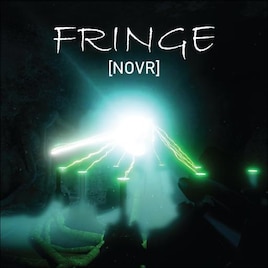 [Cytogon]
Offline
See all 5 collections (some may be hidden)

This item has been added to your Subscriptions. Some games will require you to relaunch them before the item will be downloaded.
Description
"FRINGE"
A HLA ADVENTURE Map
You are an unknown individual on the outskirts of the city. What will you find hiding out there?
This is a linear adventure map built for NOVR (Now supports for VR). It was made partly with the unofficial tools before the workshop update.

This map was not made with the intention of VR, so doors and buttons may interact unexpectedly in VR.

Setup:
Get FPS weapons and Scripts:
A: Download the Pancake FPS Starter Kit's .7z and follow the usage instructions: https://github.com/KonqiTheKonqueror/Source2-PFSK

or
B: Scroll down for "Legacy Installation"

Set Half-Life Alyx launch options to start in novr and with a console.
1. In Steam right click Half-Life:Alyx and open up the Properties window.
2. Set Launch Options "-novr -console"

Finally start up Half-Life Alyx to load the map.
1. Press ` (the tilde key) to toggle the console. Then type "map fringe/novr_fringe" to load the map.
2. To enable jumping by pressing spacebar type: bindjump
** Give it a few seconds to load you may need to bring up the console again and do a quick 'reload'

Note: If you die the game will pause and you will have to press 'p' to unpause, then you can press any key to reload.

Legacy Installation:
To properly display FPS weapons you will have needed to import the weapon models from Half Life 2 (optional).
1. Download this mod file: https://drive.google.com/drive/folders/1cL534fiDPxjJGFyRGPzm9_uLa_57kAvV?
2. Extract the mod folder into the "Half-Life Alyx/game" folder.
3. Open Half-Life Alyx/game/hlvr/gameinfo.gi and above where it says "Game hlvr", add this line "Game mod"

Next enable jumping and scripts if you haven't already.
1. Download this repository: https://github.com/JJL772/half-life-alyx-scripts
2. Create a new folder called "scripts" in "Half-Life Alyx/game/hlvr"
3. Extract the vscripts folder from the repository into the newly created scripts folder.
< >
7 Comments

Skummeh Apr 1, 2021 @ 7:51pm
I had some issues playing in VR mode but still had a good time with the combat: https://youtu.be/JErrasaj8uk

Kokoro Feb 6, 2021 @ 5:28am
When I walk, im moving very slowly. I tried various console commands, but can't seem to get normal walk speed. Side strafing works as normal.

Kārtīgums Jun 27, 2020 @ 6:55pm
Awesome work, I didn't expect to find this map as fun as it was! Played it several times and the only thing I noticed is that the yellow barrels behind a door (with the guns) can be walked through. They still react to gun shots though.

Komegatze Jun 5, 2020 @ 6:49pm
was a fun map until I found that last unintuitive puzzle while zombies respawned every minute