Store Page
Dota 2 >  Workshop > 程序猿速来~'s Workshop
This item has been removed from the community because it violates Steam Community & Content Guidelines. It is only visible to you. If you believe your item has been removed by mistake, please contact Steam Support.
This item is incompatible with Dota 2. Please see the instructions page for reasons why this item might not work within Dota 2.
Current visibility: Hidden
This item will only be visible to you, admins, and anyone marked as a creator.
Current visibility: Friends-only
This item will only be visible in searches to you, your friends, and admins. 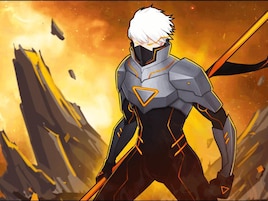 程序猿速来~
Offline
See the collection (may be hidden)

This item has been added to your Subscriptions. Some games will require you to relaunch them before the item will be downloaded.
Description
Join us on Discord: https://discord.gg/NUeY7Z7

★Welcome to "Treasure and Truth: The Emperor's Tomb" (Project TNT)★
This is an long-term A-RPG game based on Dota2 workshop platform that supports permanent online saving and loading.
We plan to build a brand new fantacy world. In this world, "realms" are continents divided but pulled by "magnet dust". Nobody had travelled across realms until the great explorer, conqueror, and emperor Vito Marino's airship fleet "Windbreeders" did. Vito established a new kingdom called "New Sylvia" after he landed and he ordered to build a huge tomb to bury him and all his treasure.
200 years after Vito's death, our story beggins. You will play one of the finest commanders in the kingdom to protect the emperor's tomb from enemies with various and mysterious purposes. In the game you will challenge dozens of creatures and bosses with intelligent AI, collect hundreds of unique equipments and wearables, and find out the surprising truth beneath the ground.

◆This MOD's code is open-sourced. However, all story lines, character designs and art works are original. Copyrights belong to Critical Heeat! Game Studio.

Kan Apr 30 @ 5:43am
The game doesn't work anymore? I tried logging in 2 days ago but i kept getting
#get_rank_fail
#get_rank_fail
Can any devs please answer me? I just want to chill with my friends for few days

Kan Apr 16 @ 3:11am
The game doesn't work anymore? I tried logging in 2 days ago but i kept getting
#get_rank_fail
#get_rank_fail
Can any devs please answer me? I just want to chill with my friends for few days

Bloodshot Jan 5, 2021 @ 9:05am
Players needed(sometimes a healer too) for Raid, Dracula and higher. Playtime normally at the evening EU time. 11pm = resettime of free mode tickets. Just post under this or add me, if u are interested to play some rounds.