Store Page
Hearts of Iron IV>  Workshop > MasterHD's Workshop
This item has been removed from the community because it violates Steam Community & Content Guidelines. It is only visible to you. If you believe your item has been removed by mistake, please contact Steam Support.
This item is incompatible with Hearts of Iron IV. Please see the instructions page for reasons why this item might not work within Hearts of Iron IV.
Current visibility: Hidden
This item will only be visible to you, admins, and anyone marked as a creator.
Current visibility: Friends-only
This item will only be visible in searches to you, your friends, and admins. 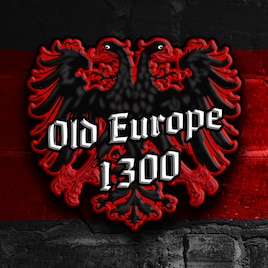 MasterHD
Offline
See all 294 collections (some may be hidden)
You need DLC to use this item.

Mod tells about the events of the beginning of the XIV century. Power Struggle in the Holy Roman Empire, Northern Margravate War, expansion of the Ottoman Empire,
the struggle for the Bohemian inheritance, the war for Syria, the conquests of Lithuania, the struggle of the Russian principalities against the Golden Horde, the formation of the Aztec Empire. All this, and more, you will see in this mod.

Mechanics
In fashion, the focus is not on tricks, but on various things that affect the variability of the gameplay. For example, various mechanics.
The following mechanics are present: Maintenance of troops and buildings, investments, building factories, trading companies, recycled trade,
estates, workshops, bank, transfer of the capital, colonial expeditions, plunder and murder of the population, settlement of regions, extinction from diseases,
purchase of regions, disintegration of empires, administrative caps, gathering hordes, dynastic marriages and inheritance of lands, making peace, invasion of adventurers,
uprisings, military fatigue, popular discontent, epidemics, colonial autonomy and others.

Gameplay
The game has a lot of different events, decisions, mechanics, new technologies, tricks, and everything that is useful for a long and interesting game. Even the combat system has been redesigned. You are right on your own
choose how to play. You can play only through trade, striking with your economic greatness, you can buy regions and expand without a single shot, you can just sit down
on horseback and ride to rob the nearest cities, or choose something in between, build your own strong centralized state, using the strengths of different tactics.
You decide!

Important
This huge mod is made by one person. I will be very glad and grateful to you if you support me on Patreon, join the Discord server or subscribe to the VK group.
Thank you very much! These resources will keep you updated with fashion news and much more. For example, Patreon subscribers will know a lot of tricks.
and the subtleties of fashion, and aristocrats will be able to participate in fashion tournaments with big prizes.

Thank you for your attention and enjoy the game!

modestas986 Oct 16 @ 12:41pm
Hello, Lithuania's capital was Kernavė (or Trakai, not sure on the time period), not Nowogrodek, so it would be nice if you changed it.

Brick Boi Oct 12 @ 8:28am
Been trying to play this mod but hasnt been updated since, trying to find a way on getting 1.10.4 as a version. Help please?

jameskmosko Oct 11 @ 8:19pm
Great mod, but like everyone else said, it's ruined by the economy feature. A great feature in theory, but the "maintaining the economy" buff destroys the game. Several years into a run as the Byzantine Empire, after consistently making 7 coins a day for most of the game, I had over 3500 coins. I was going to use them to send an expedition out west, a feature which I previously tried once (which ended up killing my king).

Unfortunately, seemingly out of the blue, the "maintaining the economy" buff got blasted up to -2000. I desperately changed every single thing I could to conserve as much money as possible, but in only a couple of months, all 3500 coins were gone, and I was thrown into debt for the first time in the entire game.

If you ever get around to updating this, I beg you: fix this.

Junki11 Oct 9 @ 12:47pm
countries i annexed wont stop declaring war on me despite nationalizing the area