Store Page
Tabletop Simulator>  Workshop > WSGosset's Workshop
This item has been removed from the community because it violates Steam Community & Content Guidelines. It is only visible to you. If you believe your item has been removed by mistake, please contact Steam Support.
This item is incompatible with Tabletop Simulator. Please see the instructions page for reasons why this item might not work within Tabletop Simulator.
Current visibility: Hidden
This item will only be visible to you, admins, and anyone marked as a creator.
Current visibility: Friends-only
This item will only be visible in searches to you, your friends, and admins. 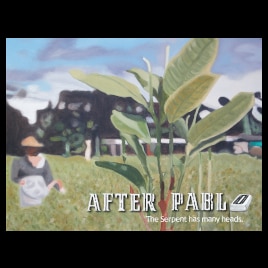 WSGosset
Offline
See all 3 collections (some may be hidden)

This item has been added to your Subscriptions. Some games will require you to relaunch them before the item will be downloaded.
Description
**This mod is endorsed by the designer and publisher.**

It's 1994. Pablo Escobar has been killed, and the Colombian Medellin cartel has been dismantled: a short lived victory for the DEA. The Mexican cartels now see an opening to establish a new organized trade. Power shifts from Colombia and now centers on Mexico as the primary distributor of narcotics. "After Pablo" tells the story of the the Mexican and Colombian cartels in the time following Escobar's death. Each player controls a cartel and must establish leadership and control of the drug market while maintaining the business of his/her operations. After several seasons, the cartel which has taken the greatest command of the narco trade will gain the trust of the market and fill the gap left by Escobar's death.

The Serpent has many heads.