Store Page
Tabletop Simulator>  Workshop > MeRmErMaN's Workshop
This item has been removed from the community because it violates Steam Community & Content Guidelines. It is only visible to you. If you believe your item has been removed by mistake, please contact Steam Support.
This item is incompatible with Tabletop Simulator. Please see the instructions page for reasons why this item might not work within Tabletop Simulator.
Current visibility: Hidden
This item will only be visible to you, admins, and anyone marked as a creator.
Current visibility: Friends-only
This item will only be visible in searches to you, your friends, and admins. 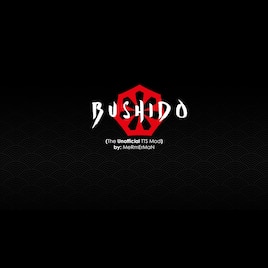 Shakey
Offline
See all 11 collections (some may be hidden)

This item has been added to your Subscriptions. Some games will require you to relaunch them before the item will be downloaded.
Description
https://gctstudios.com/

Bushido is an oriental fantasy tabletop miniature battle game for two players. Each player commands a force of no more than a handful of individuals, represented by 32mm metal miniatures. These forces meet on the battlefield and the players try to outwit, outfight and outlive the opposing force and fulfil their battle objectives while denying the enemy theirs.

If you have played tabletop miniature games before, Bushido falls into the ‘skirmish game’ category: all miniatures represent individuals and your force consists of a small group of unique characters rather than a large faceless army. A game of Bushido is fast-moving, flexible and filled with strategizing, counter-strategizing and counter-counter-strategizing. Your tactical acumen is important, but as dice add an element of randomness, so too is your ability to think on your feet. A typical game of Bushido takes between one and two hours to play – more if you are new to the game, less if you are a seasoned veteran.

In the world of Bushido, there are many factions fighting for supremacy. Some of these forces are committed to keeping the delicate balance of the Ki forces permeating the universe, whereas other forces wish to upset and even destroy the Ki balance of the universe in order to achieve their own nefarious purposes. Whilst others bide their time, waiting for the opportunity to strike. In any given battle, a Bushido player takes on the part of one of these factions.
Popular Discussions View All (1)

DrumMuffin Apr 21, 2020 @ 8:19pm
Thanks for making this! I am new to the game and my buddy and I just got the 2 player starter before the lock down and have not got to play yet. This was a great way to get to test our starters for when we get off lock down.

MeRmErMaN  [author] Apr 20, 2020 @ 12:21am
@alw4ded3 - You are welcome! As for the army builder, it will be a separate Workshop item. I chose to do that way to minimize the load on the game since there are quite a few models that you can play around. Also helps me manage updating the warbands in the future.

MeRmErMaN  [author] Apr 20, 2020 @ 12:19am
@jeremy.tabart - make sure that you and your opponent choose a color respectively. If you are RED, then you shouldnt be able to see the dice on the blue dice. This is usually used when you do your combat and dice allocation. Once you have allocated your dice, press reveal dice and the zone should drop showing you and your opponents dice allocation.

alw4ded3 Apr 19, 2020 @ 10:10am
Thanks a lot for this mod been wanting to play this game for a while! I just saw your video on the Army Builder. How do I access that or will it be a part of this mod when you release it? Thanks again for this it is great!

MeRmErMaN  [author] Apr 14, 2020 @ 8:28pm
@aldaran: still doing them mate. Ryu, cult, savage and Rokan are the big ticket items and the rest are good prior to testing. we will release them when they are ready.