Store Page
Conan Exiles>  Workshop > Amrita's Workshop
This item has been removed from the community because it violates Steam Community & Content Guidelines. It is only visible to you. If you believe your item has been removed by mistake, please contact Steam Support.
This item is incompatible with Conan Exiles. Please see the instructions page for reasons why this item might not work within Conan Exiles.
Current visibility: Hidden
This item will only be visible to you, admins, and anyone marked as a creator.
Current visibility: Friends-only
This item will only be visible in searches to you, your friends, and admins. 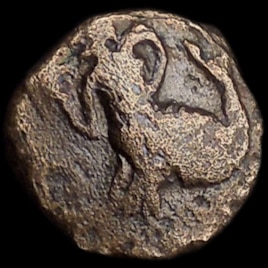 Amrita
Offline
See all 109 collections (some may be hidden)

This item has been added to your Subscriptions. Some games will require you to relaunch them before the item will be downloaded.
Description
This mod supersedes the original Dark Desires mod by Maggie. She doesn't have as much time to update it anymore so I'm taking over main mod duties (and Steam doesn't have a way to transfer mod ownership). Most of this mod is still all her hard work.

Please visit our Discord server for both this mod and our CE server: https://discord.gg/8XAqqze

What is it?
The Dark Desires mod is a roleplaying mod intended to enrich the roleplaying experience. It is primarily created for our Dark Desires roleplaying server, but can add value to any server. It adds some new building pieces, a new currency system with trade houses, unique weapons, a whole bunch of decorative placeables, and a lot more.

Scales
When Derketo's faithful got trapped in the Exiled Lands they found a new currency called 'Scales', left behind for them by their goddess. Once players learn the Scales feat they will unlock over a 150 recipes at the three types of trade houses. These admin-placed buildings will allow players to exchange between scales and resources, as well as a number of other unique items. Trade it all of that excess leather you got from killing crocodiles for scales at the hunter's hut and then go to the trade house to trade those scales for iron bars before you can craft them yourself. Useful for gaining levels and for constructing better buildings early in your adventures.

Glass
The mod includes Pythagroras' glass building pieces and spiral stairs. With glass walls, ceilings and roofs you can build the solarium of your dreams. And by Crom if it doesn't make buildings look gorgeous. Build a glass roof to let in the sun, or a glass wall to give you that spectacular view, or a glass floor so that you can keep an eye on the thralls you've got slaving away in the basement. The glass building pieces offer something for everyone. The spiral stairs meanwhile can really help you out in a tight spot when you want to move up a floor, but can't really fit in one of the normal stairs anymore.

Decoration
A lot of placeables have been added to the mod to allow admins and players to achieve that perfect look. This includes over a dozen unique statues, a bar, custom banners, plates with food, placeable versions of Funcom items such as a giant statue of Derketo and lots of placeable animals to help cut down on the pet count. For a number of these (and expanding ever more) we're using an appearance system where users can adjust the look with a simple interface (choosing the kind of dead tree to show, doing some minor scaling, or giving your sleeping tiger a name).

Functional Items
Next to adding a bunch of legendary weapons (some admin-spawn only weapons are currently purposely way overpowered due to a big roleplaying storyline on our server) we have added a number of other useful items. These include water barrels that can be used to quench your thirst, torches that have a strong heat or cold zone, public doors that can be used by anyone, a waste barrel that auto-destroys its contents after a few minutes, and a deadly black fog that will claw away at your players' souls.

Quest Items
We also added a lot of quest items, inventory items that can't be used directly but can be used in combination with Pippi's thespians and egresses and such. These include a lot of keys, but also brooches, crystals, literal Easter eggs, and a whole lot more. Set up egress doors to require a key item so only certain people can enter, let a creature spawn drop a corrupted heart to turn into that thespian npc to complete a quest, or hide some in loot boxes around the world to turn into a thespian for Scales. With some thought these items can help make the world feel all the richer.

PokolokosGR Oct 27 @ 7:03pm
thx for the fast help^^looking so much time for the merchant guys omg....

PokolokosGR Oct 27 @ 9:24am
spawn the buildings..but i have no vendors inside..al are empty...wher i find hunter and the other guy...look at the spawn table but ther i find nothing??

Amrita  [author] Sep 17 @ 2:47pm
Hi Lemniscate. Unfortunately we do not. I am aware that we are definitely falling short there. With my apologies. But if you have any questions I'm happy to answer them (might be quicker on our Discord, but I'll try to keep an eye on Steam as well).

Amrita  [author] Sep 5 @ 1:03am
Most of the tokens are admin spawned as they're intended to be used as quest items with Pippi (through thespians and loot drops). Scales are obtained through the trade houses (which admins have to place somewhere first) and are intended as a currency.

Hope that answers your question. :)

VixenKitty Sep 4 @ 4:45am
@Amrita are the tokens from your mod obtainable or are they admin spawned/added?

Emily Mewens Jul 13 @ 11:18am
Oh no, im self entitled and demand it! Ignore the whole global crises and horrible things happening in various parts of the world -whiplash whiplash- >:P

Nah its k :3 Take youre time xD I dont expect it to be an easy thing to do, especially with how clunky this game seems to be code-wise. Theres also that other stuffs i pointed out, so its totally understandable if you need to focus on irl more than a little hobby side-project.

Also thanks for considering this too :D This is definitely getting a recommendation.
< >