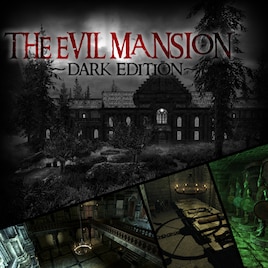 JP'TR
Offline
See all 509 collections (some may be hidden)

The Dark Edition is supposed to be a challenge on a balanced, varied and enjoyable level.
But it's not a shame to run away like a cowardly Draugr.


DESCRIPTION
This is a reconstruction of Resident Evil 1 (1996) as Playerhouse and Challenge for Skyrim.

Contains a completly rebuild of the Spencer Mansion, inclusive Basement, Dormitory and Laboratorium.

The whole architecture and atmosphere is close as possible to the Resident Evil game, but everything else is slightly redesigned to fit into the world and timeline of Skyrim.
The connections between all the locations are different to the original game to match the outer area good as possible and to promote the playability.

There is no listed questline, but close to Resident Evil you have to face the evil inside and solve some secrets to push through.

After the clearing the whole location is fully usable as Playerhouse, probably the biggest you can get.
(But it's not designed to be practically!)


IMPORTANT UPDATE INFO
Savegames from the versions 1.0/2.0 are not working. If you have one of these old versions of The Evil Mansion installed/subscribed, you have to create a clean savepoint with the "TheEvilMansion.esp" disabled/deleted before installing the Dark Edition.


NOTES
- All of the enemies are leveled so it should be playable for all characters. Despite all the testings, there might be passages in this mod with a frustrating difficulty for low leveled players.
- No other mods or add-ons are required.
- There should be no compatibility problem with other mods, as long the exterior location arround Morthal is not influenced.
- The Mansion is located in the northern swamps of Morthal, there are no important objects deleted or moved to get space for the Mansion.
- Some interior-cells are huge, specially the upper Mansion. Loading time might be long and performance bad.
- It's my first work with CK. If there are big mistakes, bugs or whatever, please let me know.


TROUBLESHOOTING
- On entering the Mansion NPCs are not loaded. (If for example the Dinning Hall, first room left, is empty)
= Randomly appearing, mostly recognized after tests with the "coc command" before loading a savegame. To fix this you have to load a savepoint before you entered the concerning location for the first time, maybe with restarting Skyrim first.

- Static objects like buttons, doors, etc. are missing.
= Sometimes things (which were always there) are just not there. Only solution is a reload.

- After a lot of dying and reloading, things like Spawns/Triggers/Activators, are not working anymore.
= Also recognized this strange bug in my tests, the more often you die and the game automaticly reloads to your last savepoint, that higher is the chance for "not working scripts". I recommend to restart Skyrim then.

- The gas poisoning effect won't disappear.
= Since the used gas-trap is Skyrim default, it's probably a bug caused by another mod. Possibly a perk mod, which results in a very long-lasting poisoning effect.
You can check your active effects, the duration should be arround 30 sec.

- I got poisoned outside the gas area.
= That's a loading bug which changes the shape of triggerzones. Mostly appearing after a lot of dying and reloading. Restarting Skyrim should fix it.

- My Companion is not following when entering "Underground".
= This has a good reason, just keep going, he won't get lost.

- I moved the shields in the Gallery Room and can't solve this puzzle now.
= That's something i will try to fix in the next update, the shields shouldn't be touchable until the puzzle is solved.
But for now, i added 2 images of the original shield-positions to the picture-gallery.

- I'm stuck.
= The most secrets are very similar to Resident Evil. Without knowing the game it might not be easy to push through. Just leave me message to get help then. I will not spoil any secrets in the comments.
Never use "tcl" to move through locked doors/areas, this can destroy important triggers.


HINTS
- A stock of poitons, spells and a companion might be a good idea.
- Poisongas is deadly, just don't...
- Not all secrets are solvable from the beginning, keep them for later if you have no idea what to do.
- Keeping the eyes open could help to survive.
- A Saferoom is still a good place for a save.
- Reading educates.
- Skyrim gives a lot of possibilities, use them.


KNOWN BUGS
- Rare and randomly things like objects, markers or enemys just not get loaded correctly.
- There is no distance-LOD, the Mansion is not visible from very large distances, same for the changed landscape.
- On Novice/Apprentice difficulty it's possible that necessary (for the game -progress) enemies not appear.
- small clipping errors.
- Mistakes in the english language.
- Corpses are still moving/breathing sometimes.
- Sometimes the "not-moving-script" for items (Keys/Gems etc.) is just not working right.

0ac637332mg468c Dec 10, 2020 @ 11:04pm
How about making it easier to find the key? To make the key shine. Resident Evil keeps key items shining.
I think it's overkill to hide it in a basket or in the shadow.
It's hard to find the key so I can't proceed at all
Even biohazard doesn't hide like that.

You don't have to like it, personal tastes are different, but 98% positive Ratings show me other opinions.

At least my keys have a function.. but i have no idea what to do with all your question marks????? What the hell man????

scorgh Oct 24, 2017 @ 1:48pm
had a go, need a key, need a key need a key,how meny keys do we need????? what the hell man??? need a key need a key hahahahaha talk about what awast of a good mod, ur not being clever, why the f..k would u run around a big place like that, lookin for door knob?????? iv seen games come and then GONE, i think u could do better u dont need run around puzzels, next time a