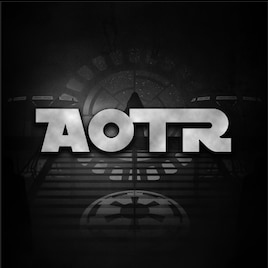 Sly442
Offline
See all 36 collections (some may be hidden)

This item has been added to your Subscriptions. Some games will require you to relaunch them before the item will be downloaded.
Description
THIS IS A LEGACY VERSION OF THE MOD! IF YOU WANT THE LATEST VERSION OF AOTR VISIT THE MAIN AOTR WORKSHOP: https://steamcommunity.com/sharedfiles/filedetails/?id=1397421866

AWAKENING OF THE REBELLION 2.7.2 FEATURES

JOIN OUR DISCORD!
If you would like to have more consistent updates about the mod or wish to interact/play with us and other AotR fans, please visit our discord at discord.gg/tCX6Rtf

BLACK SUN GETS SOME LOVIN'
Before I dive into the Black Sun changes, I want to give a shoutout to one of our newest team members Coryak. In the span of one update, Coryak has gone from a mod contractor to a full on mod developer! He has helped out with all sorts of various projects within this update, and it would take me forever to list them all.

The one main thing I would like to spotlight that was spearheaded by Coryak is the Black Sun’s overhauled corruption system. All of the corruption missions have been reorganized and rebalanced, and some have been given a whole new purpose all together. A bunch of new mercenaries, heroes, and corruption rewards have been added to the system. The entire system now has a thought out progression system, mission requirements, and each corruption option naturally unlocks the more lucrative ones. You will need to strategize on which planets to corrupt, which to take over, and how best to optimize your galaxy sprawling criminal underworld.

SPIT AND POLISH
One of the main things we ended up focusing on this update is refining the existing experience. Many units, both space and ground, have been given visual overhauls along with overhauling their gameplay role. Balance has been taken very seriously, with many of our fantastic and dedicated nerds… I mean testers... taking to multiplayer to test units against each other. Each unit was pitted up against similar units of its class to figure out how well each unit performs. While balancing units with stats is helpful, it doesn’t really give you an accurate representation of what the units actually behave like until you put them up against each other. So many variables exist outside of weapons and health such as movement speed, distribution of weapons, range, and so much more. It really all comes together only once you have them in game. We also have had a lot of new community voice overs find their way into the mod, so be on the lookout for those.

PUTTING THE INTELLIGENCE BACK IN AI
As with every update, we somehow end up focusing on making the AI better. It seems we really just can’t stop ourselves. Each update that we release we end up noticing some behavior in our enemy opponent that we are not satisfied with. We then end up falling down the rabbit hole of just redoing the entire system. At this point I think this is the 4th? iteration of this AI and Maxim and I have become slightly more insane. We have redone the AI’s galactic purchasing behavior of both structures and units, and we can proudly say that this time around the AI does not get any units for free. But don’t let that fool you into thinking this AI is a pushover. Far from. Both the galactic and space combat attacking behavior have been finely tuned, bugs squashed, and ready to show you the full power of skynet.

The space combat ai has been completely rewritten, and some ground combat behavior has been touched in the process. A bigger update for ground is in the works for the future where the AI will be given similar treatment to space, but for now it has been cleaned out of behavior that we saw as detrimental. Space AI will now pick important global attack targets that they strive for as a whole for the whole battle. That target may be an important enemy ship or space structure. It will also take into account units that have a low health to finish them off, or other variables such as if the unit is a hero. Once the overall AI has a couple of goals to fall back on, smaller more targeted scripts will then be chosen to perform unique behaviors such as bombing runs or flanks. The biggest problem with EaW’s vanilla AI system is that once all the scripts would finish or fail, they had no macro goals to fall back on, and units ended up in a completely unorganized state picking targets at random. With proper macro goals for the AI to fall back on, we can keep the AI moving towards a goal that is a lot more human like in its decision making.

SPACE SQUIRMISH
We also now have a brand new space skirmish experience. New buildable structures, unit roster, and skirmish control. Skirmish control is a new mode (also developed by Coryak) that takes inspiration from the ground skirmish mode, which requires you to capture reinforcement points so that you can bring down units. On each map there’s a set of undestroyable points that you need to take over in order to be able to hyperspace ships in. So while destroying the enemy starbase is still the goal, you will need to divert some resources to making sure you have map control. Otherwise you will be forced to spawn your units at your home base. Also did we mention that space skirmish is now tested for multiplayer? Better start getting your skills in order if you want to face down mano a mano.

A NEW (RANDOM) CONQUEST
Last but not least, we have put a very requested feature into the game. With this update we are debuting the Random Galactic Conquest. Combining the request for a single planet start and non standard starting positions, you can now play in a non-story and non-canon driven campaign that will be a fresh experience every time. It pits you against the other main factions, minor factions, and the local pirate defense forces. On each start of the campaign, you and your enemies will receive two planets (one if they are a minor faction) placed randomly somewhere in the galaxy. All the other planets will then be filled with random local pirate forces that act as blockers between you and your intended destinations. Included with this GC are the staples of AotR, such as hero rescue and the random mission system. This GC can let you craft your own story of your fledgling faction from its humble beginnings and offers a truly unique and replayable sandbox experience every time you launch a campaign.

General Brooks  [author] Feb 7 @ 3:09am
Just hit subscribe, though this is an older version, you'll probably be wanting 2.8

paulajbertoli Feb 6 @ 8:57pm
how do i download this? pls help

annesserja Dec 7, 2020 @ 8:17pm
i believe if you take the outpost and up grade to just beleive the moffs palace you will get certin ones

Dr. Booty Sweat Dec 2, 2020 @ 4:24pm
Does anyone know how to build officer academies? I didn't spawn with one and their doesn't seem to be any option to build them?

annesserja Oct 11, 2020 @ 10:37am
if the ground battle keeps crashing you you can always just auto it yes it could result in a slight win or disatorius loss of troops but it would stop you from crashing

General Brooks  [author] Oct 3, 2020 @ 3:16pm
Not really. we think it is a bad prop at the top of the map so keeping your camera away from there should help. We're releasing bug fixes for the latest version of AotR but not past versions i'm afraid.

Does anyone else get that error when starting the mod?
< >