Store Page
Dota 2 >  Workshop > vladu4eg's Workshop
This item has been removed from the community because it violates Steam Community & Content Guidelines. It is only visible to you. If you believe your item has been removed by mistake, please contact Steam Support.
This item is incompatible with Dota 2. Please see the instructions page for reasons why this item might not work within Dota 2.
Current visibility: Hidden
This item will only be visible to you, admins, and anyone marked as a creator.
Current visibility: Friends-only
This item will only be visible in searches to you, your friends, and admins. 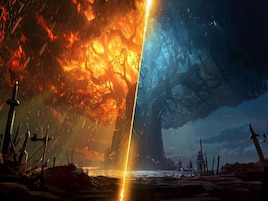 Alma
Offline
See all 11 collections (some may be hidden)

This item has been added to your Subscriptions. Some games will require you to relaunch them before the item will be downloaded.
Description
A remake of the Dota 2 custom game "Troll & Elves 2".
Recommended players: 10 or more.

About the game:
There are 2 teams: The Troll and the Elves. There is only one Troll in the game but a few elves.
Elves are very weak, they cannot fight and die from one hit, but they excel at building structures. They also have a few abilities to disrupt the Troll or empower their buildings.
Their main building (a tent) provides gold every second, but you can only have one. The Rock is a defensive building which is unable to attack, but has high defenses - use it block the path to your base.
The Troll's task is to kill all Elves. This usually requires to first destroy the Rock without dying to the Elves' defensive towers. The Troll also has a tent but also gains gold from attacking - each attack gives him the amount of damage he does in gold.
Don't worry if you die (as an Elf), it's not over yet. You can choose which team you wish to help:
-You can respawn as a Wolf (only 5 minutes into the game or later) and assist the Troll
-Or you can respawn as an Angel and help the Elves (for example by stealing gold from the Troll for them)
The Wolves and Elves respawn after a short period of time, so you don't get "locked out" of the game.
The game ends either when the Troll dies (not including Wolves) or when all the Elves die (not including Angels).

This mode is great for team players, as you can cooperate when building a base, by trading resources, dividing the labor and such.

You can support the project on Patreon [patreon.com].

Good luck and have fun!
Thanks to:
sSam
ModDota.com community for help
BuildingHelper
hajebazil for making Winter map
Valve for making the Arcade of course.
Popular Discussions View All (75)

Hotkey
I think not!

TVE 3 does not give a penalty. The game only has kick voting. Sometimes Dota lags and gives a message about the ban. In such cases, you need to exit the party, exit the game, wait a couple of minutes and go back into the game.

You can always write your problem in more detail in our discord channel.
http://discord.gg/tve3