Store Page
Garry's Mod>  Workshop > Joelías_N1's Workshop
This item has been removed from the community because it violates Steam Community & Content Guidelines. It is only visible to you. If you believe your item has been removed by mistake, please contact Steam Support.
This item is incompatible with Garry's Mod. Please see the instructions page for reasons why this item might not work within Garry's Mod.
Current visibility: Hidden
This item will only be visible to you, admins, and anyone marked as a creator.
Current visibility: Friends-only
This item will only be visible in searches to you, your friends, and admins. 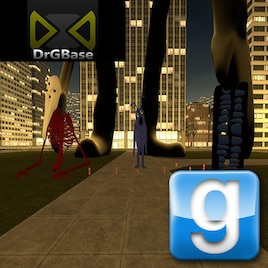 This item has been added to your Subscriptions. Some games will require you to relaunch them before the item will be downloaded.
In 1 collection by Joelías_N1
Trevor Henderson in Gmod

31 items
Description
Content:
_Lil Nugget:
_It can be expelled from the body of "The Lamb(Nuggets)" and "Big Charlie(Nuggets)" then of a lot time it evolve
_100 of health (easy to kill)
_It only attack ,and maybe only grab to little creatures

WARNING: a lot of Lil Nuggets can crash or make low fps to the game ,pls kill the lil nuggets

_The God Of Roadkill:
_Is Neutral ,but if you have 10 hp it can eat you ,(recommended for an car accident) ,or if you attack him it will be
hostile
_It has 10000 hp (difficult of kill)
_Recommended map (gm_fork)

_Costume Man /Mr Mascot:
_He will try to ask for help, but never help him ,is a trap
_He has 3500 of hp
_The Attack:
Only grab a body
and with that he can attack

-Breaking News V2:
Changes:
Now he can regen his health, make sounds, i fix the Lil Breaking News problem, has a roar animation and diferents attacks when he fight with a giant

_Breaking News (OLD):
Due there is not much information about it, I decided to base on a creepypasta (Lo que cayo del cielo(Sr Joel ,Only in spanish))
_Completely dangerous and hostile, Breaking News for itself can devour people, but while it is attacking, it will expel
creatures with the same appearance of him, but smaller
_It is much taller than Siren Head, I recommend use maps with a large skybox since it is very large, although you can
make it smaller with the DrG Base Size Tool
_It has 20000 hp

_The Smile Room:
_He attach to the doors (the map must have doors), when it is in a door you must be very careful since its pattern to choose doors is random
_Once it eat an NPC or player, it will change its location to another door

_The Angel(NEW):
_He will search for his murderer (Dr.Breen or Gman) but will attack with the one who interrupt on his way
_Has 15000 of hp (difficult to kill)
_He has (Killer) (can kill all)

_Forgotten Baby(NEW):
_It will try to absorb all the possible life you have
_Has 6000 hp

_The Man with The Upside-Down Face(OLD):
_Name of the character in the game TMWTUDF, as it because is too long
_He can teleport nearly to Enemy
_He has 10000 hp (hard to kill)
_Like Long Horse, it will come with a version (Hostile)
_He attacks his enemies from a nearly distance

The Man with The Upside-Down Face V2 (NEW):
Variants:
-TMWTUDF:
-10000 hp
-Hostile
-TMWTUDF (Insane):
-10000 hp
-Teleport speed x4
-70% damage reduction
-Hostile
Skills:
-He can scream and then teleport nearly to enemy
-He can destroy dupes
-He can climb
-The insane version has a red glow
Attacks:
-Zombie Attacks
Range Attacks:
-He can wave to the enemy and make black holes (like Hole Man)
Executions:
-Teleport inside to enemy

games(in gamejolt):
_Trevor Henderson Project (i need a name ,you can help me with the game :D)(UE4)(WORING IN THAT NOW)
_Multiverse Ultra Chaos(UE4) beta: https://gamejolt.com/games/muc/527914

Credits:
Trevor Henderson: Images of the creatures
DragoTeryx and Roach: for DrGBase amazing NPC base :)
Joelías_N1:for the models and SNPCs

Hecker Jul 22 @ 9:17pm
if you look closley at the god of road kill he has eyes not holes

mpolingperez Jul 8 @ 11:56am
That didn’t happen to me @НИЧТО. It’s probably just your computer. Don’t blame it on the addon.