Store Page
Conan Exiles>  Workshop > teella's Workshop
This item has been removed from the community because it violates Steam Community & Content Guidelines. It is only visible to you. If you believe your item has been removed by mistake, please contact Steam Support.
This item is incompatible with Conan Exiles. Please see the instructions page for reasons why this item might not work within Conan Exiles.
Current visibility: Hidden
This item will only be visible to you, admins, and anyone marked as a creator.
Current visibility: Friends-only
This item will only be visible in searches to you, your friends, and admins. 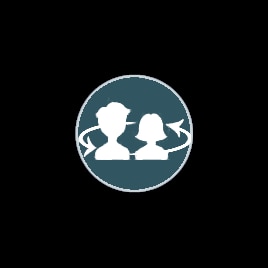 turbo
Offline
See all 21 collections (some may be hidden)

This item has been added to your Subscriptions. Some games will require you to relaunch them before the item will be downloaded.
Description
Feeling like talking to yourself? Well this is the mod for U!

You get to switch between two different personalities on the same server!!! That's right! You can finally have the fulfilling conversation you've always wanted. Don't wait download now!


All About Eve introduces the ability to have two characters on the same account.
The first time you click the Switch Toon button on the emote menu you will be sent back to the character creation screen where you can create a new character. Your original one stays intact, untouched and fully playable. After this, toon switching is fast and in game strictly from the emote menu.

Your new character can reap the benefits of all your clan's booty, armour, weapons crafting and base.

*For now you must have at least one other person in your clan to invite your new toon.

When you come in as your second character, your first character lays down and is out of camera range. There is no latency. Mod works only on server.

If you delete one both will be gone. If you remove bracelet only your current character.

Recreate Character
- If you choose recreate character from the menu or delete character, this will delete both characters. As this is an account level deletion.
< >
92 Comments

Finch May 15 @ 6:38pm
The mod is broken and causes fatal error when a new player attempts to create a second toon. Existing toons still work though as mine has since day 1. Suggest to lock this to admin only until fixed because removal of the mod is not an option due to successfully created seconds my older players have made.

Midaxos May 11 @ 2:01pm
I got a server couse of this mod, didnt work, but I really hope it works one day, tryd everything, the potential of this mod is just too great.
Please stablize it :)

turbo  [author] May 9 @ 3:49pm
@Cool Pizza, sorry for your loss but please scroll down four posts and read.

Cool Pizza May 9 @ 7:27am
This mod just entirely ruined a character that I have been working hard to unlock a ton of things on. I clicked the witch button in the emote menu and made a new "Toon" then when I tried to switch back to my original body, it made me make another new Toon, and when I tried to switch it made me make a new one -again-. My original body with all my hard work and effort put into it completely disappeared, the first Toon I made is just lying there, unable for me to interact with or use, and I can only switch between Toon #2 and #3. When I then hit Recreate Character, I got a fatal error. And all of that happened to a friend of mine I am playing with on a server as well. So yeah, this mod completely fucked me out of my game and my experience, making me lose countless hours of hard work.

Zyre May 7 @ 8:38am
Any chance in the future that single player will be supported?

hoverdave Mar 27 @ 10:20am
If you need any feedback, logs, etc. I'm happy to help gather them or help behind the scenes with code, potentially (new to modding Conan Exiles, but know my way around otherwise). I'd love to see this mod stabilized and features added as time goes on. Thanks, and please don't give up!

turbo  [author] Mar 26 @ 6:01pm
Thanks everyone for your input. It helped me with testing.

turbo  [author] Mar 26 @ 2:55pm
Hey all. After the better part of two days, triple testing multiple mod combinations, I sadly report that All about Eve works, but only randomly when other mods are in use. For that reason I can only recommend using it at your own risk where possibly losing a current character is not an issue. Once you have successfully created a second character it should work until you recreate but not necessarily will it work the next time or for everyone. More development is required before we can call it stable. But it is on our list of things to do. Apologies for the inconvenience,

However, every time I click the icon, a new character is created. There's apparently no going back to the previous one(s) now. Perhaps add a selector or similar? I'm not miffed as I actually love starting fresh, but it's definitely not working as described.

Private server, online. 17 mods, including this one. Not great at modding yet to notice conflicts if any, but everything appears to be working well except that one piece of this mod. It's loading last, incidentally.

🆂🆃🅰🆁🅺 Mar 23 @ 4:52pm
Could I use this to create an alt who runs an opposing faction and build on the same server?