Greenlight > Games > Typnotic Studio's Workshop
Greenlight is being retired. For more information on how to submit games to steam, refer to this blog post.
This item has been removed from the community because it violates Steam Community & Content Guidelines. It is only visible to you. If you believe your item has been removed by mistake, please contact Steam Support.
This item is incompatible with Greenlight. Please see the instructions page for reasons why this item might not work within Greenlight.
Current visibility: Hidden
This item will only be visible to you, admins, and anyone marked as a creator.
Current visibility: Friends-only
This item will only be visible in searches to you, your friends, and admins.
Inside Me: Lighter In The Dark
Description Discussions4 Announcements3 Comments389 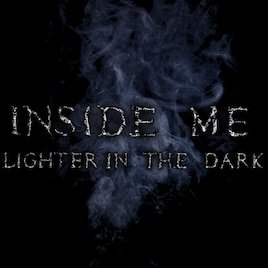 Typnotic Studio
Offline
See all 46 collections (some may be hidden)
Recent Announcements View All (3)
We hear you!
August 14, 2014 - Typnotic Studio

First, we have been greenlit! Thanks to every single voter!
Even though we have achieved our goal, we do not stop working on us and the game. You guys gave us a lot of criticism and improvements and we will improve every single point. In recent weeks we have completely reworked the graphics. We are proud to introduce you Inside Me 2.0, with new graphics, a deep story and creepy gameplay. A new Video is coming soon!

Monday, 12/30/2013 we will publish a gameplay of the first five minutes of 'Inside Me'. We also added new screenshots so you can see how the trailer will look. Enjoy!

Read More
Description
Inside Me: Lighter In The Dark
-A psycho horror adventure that plays out inside you-

„A glimpse into the world proves that horror is nothing other than reality.“ – Alfred Hitchcock
Intense rain, strong thunderstorm, the darkest of nights. You should pick up your son at the playground, but, as if by magic, he disappears. Your pride and joy is suddenly gone, and you have no idea where. Your desperate cries for him lead to nothing. You must look for him, armed with just a lighter, and with the vague assumption that, after tonight, nothing will ever be the same.

• Realistic map in full detail, enabling you to move freely
• Breathtaking graphics, thanks to Unity3Dpro
• The player is given challenging tasks, and forced to make difficult decisions himself
• A scary atmosphere, created by frightening attractions
• A wide variety of story elements
• Extensive sewage drainage system, which demands the utmost of the player’s psyche.

With „Inside Me: Lighter In The Dark“ we wish to put a game on the market that does not take dozens of hours to play, like most of the other games, because most people simply do not have 80 hours to invest in a computer game. We offer up to xy hours of game fun for under three dollars.

Darkneko Feb 10, 2015 @ 12:06am
Hi!My name is Christina Migliara and here my youtube channel where i vlog about video games and anime:https://www.youtube.com/channel/UCdPNUaZpUs_8cyNj_Fd4nYw . I am writing to you to ask if i can have review copy on your game? To promote your stuff

That Guy Jul 7, 2014 @ 7:25pm
that second vid lmao ... seriously this a bad game . i mean the forest had a great vid and according to many its just a glitchfest . this has bad vids . this is xboxlive arcade bad . its so bad it may get a few pitty sales and hipster sales ... next gen now