Store Page
Kenshi >  Workshop > GregamazingNinja's Workshop
This item has been removed from the community because it violates Steam Community & Content Guidelines. It is only visible to you. If you believe your item has been removed by mistake, please contact Steam Support.
This item is incompatible with Kenshi. Please see the instructions page for reasons why this item might not work within Kenshi.
Current visibility: Hidden
This item will only be visible to you, admins, and anyone marked as a creator.
Current visibility: Friends-only
This item will only be visible in searches to you, your friends, and admins. 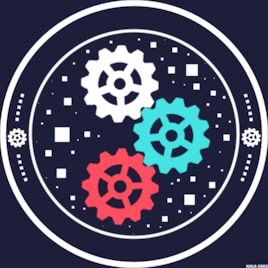 Still a piece of garbage
Online

This item has been added to your Subscriptions. Some games will require you to relaunch them before the item will be downloaded.
In 2 collections by GregamazingNinja
Project Genesis Contributor List 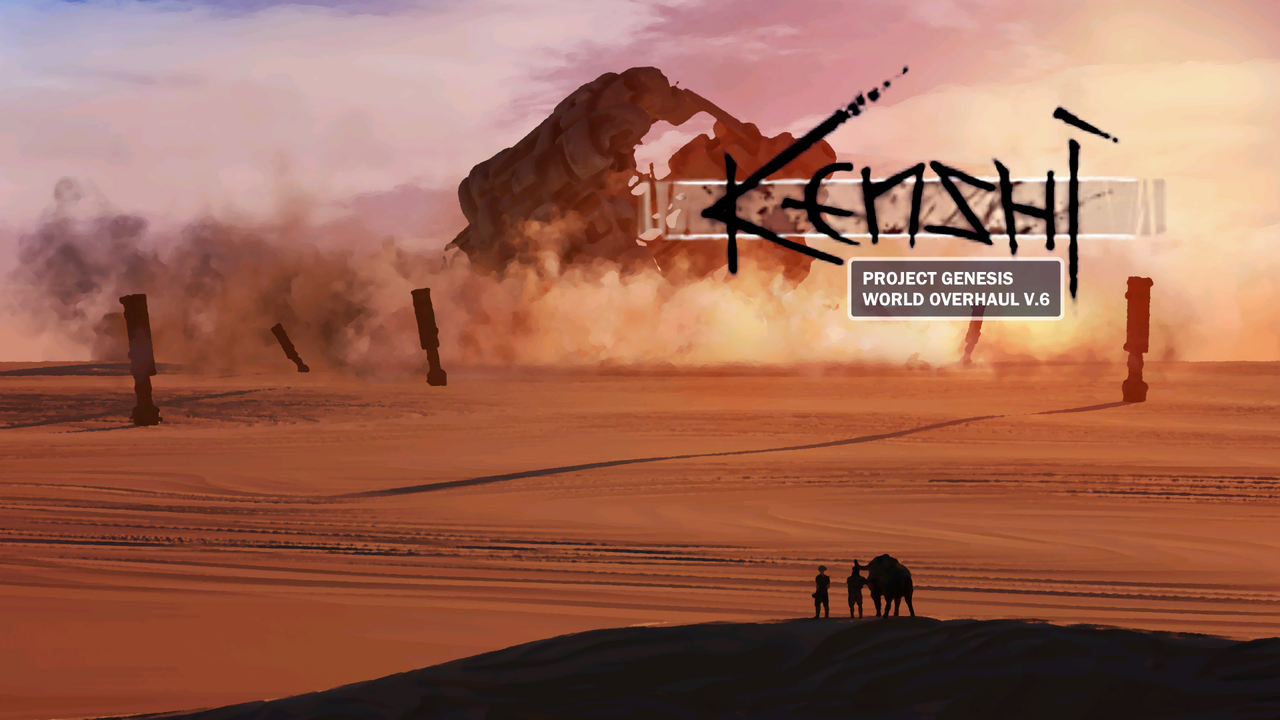 Our Mission Statement
Our community overhaul can be better described as a “KenshiPlus”, more content, more choices, more fun. The goal is to offer a deeper and more challenging Kenshi experience without straying too far from the original game's theme.

If you are aware of smaller DLC like mods such as Hook and East Coast Expanded or Avalon Isles and Deadman's Island, its the same as that, but instead of just aiming to overhaul a single region of the map, we’ve decided to do this for the entire continent.

Nearly all cities have been recreated with better layouts and interesting architecture. Which in turn has increased the appearance, size, and functionality of the city.

Most Factions have been given an identity, to distinguish them from others and increase player immersion.

We're aiming to increase the amount of player quests that the player can partake in to give it that traditional RPG feel.

Well over a hundred some new locations, with planned factions and quests to accommodate them!

We are making the world livelier and are utilizing more world states and town overrides to help simulate an immersive and realistic world where player choices could drastically affect the game. You can expect these features coming in Version 4 of our overhaul.

Renowned modders from all over the world have pooled their resources into the overhaul with the sole purpose of improving the game we all know and love. 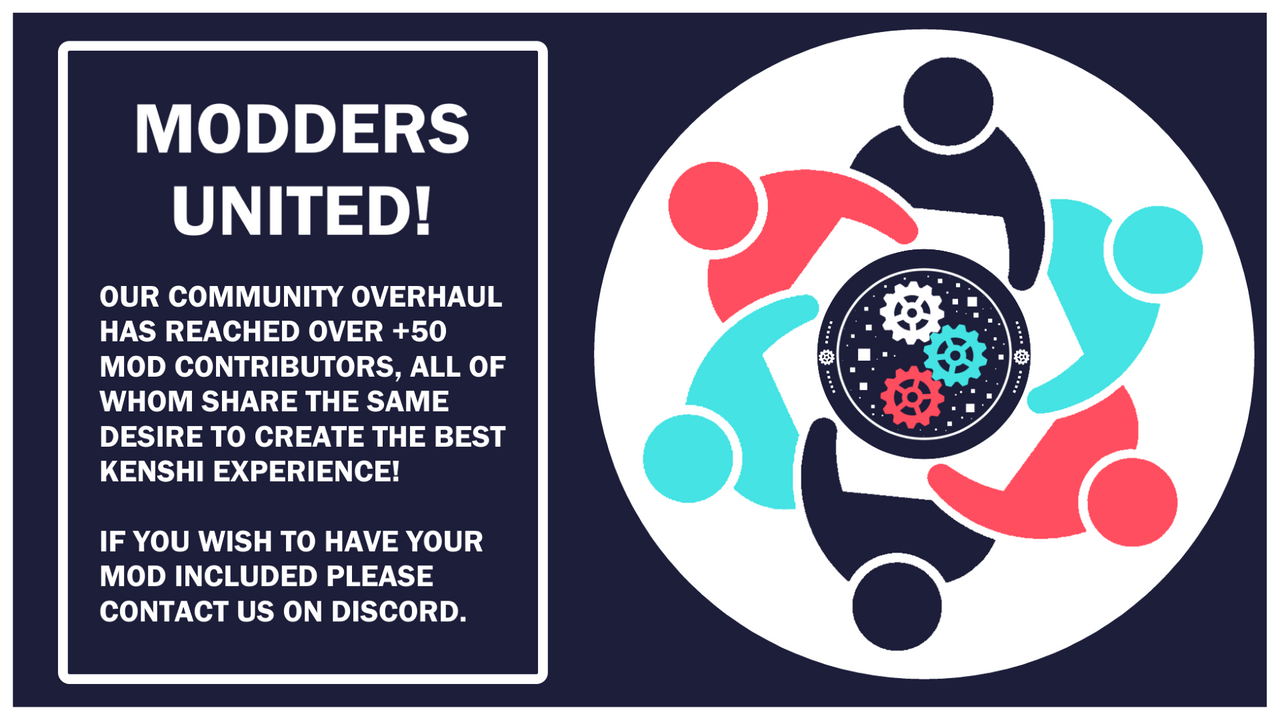 NEWS
Due to the global pandemic, we are taking precautions for our guild to remain safe and wish all our members good health in these trying times. Expect for there to be delays in development. Version 5 has now been released.

OPTIONAL: Designed and Compatible with Tsuki - A ReShade preset for Kenshi 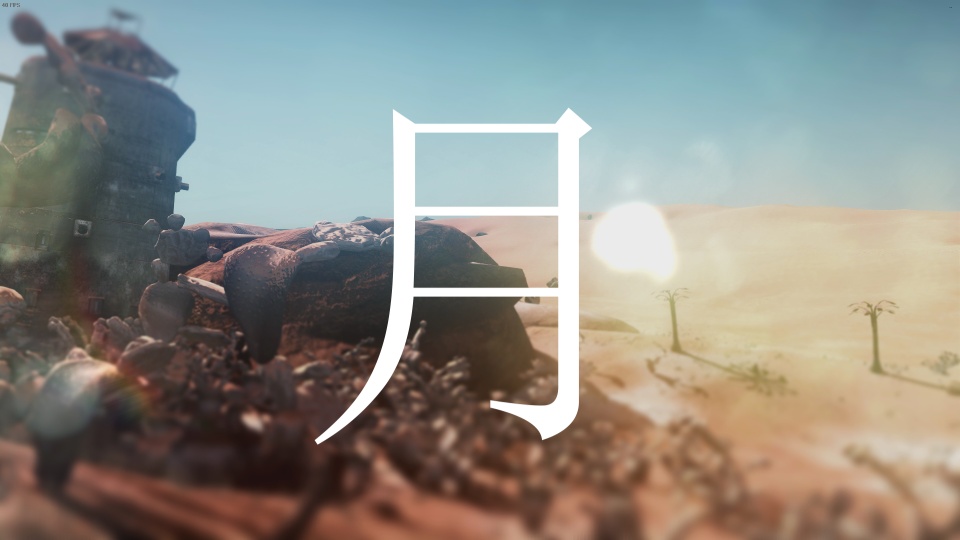 This Alpha version is marketed as an EXPLORATION mod, for all those curious with what we have been working on in the past few months. We've released an earlier build on our Discord server which you should join (link above) and this is different in that it is the current developer build made stable for this Lunar New Year!

Please be aware that as this is an alpha in its current state there is likely to be many incompatibilities with other mods. Mods that are likely to be incompatible at the moment are Overhaul mods, new town additions, animation mods for included mods, new faction additions or changes, town or building changes.

Like any overhaul mod this mod should be placed below most other mods but before economy and patch mods.

IMPORTANT. BUG REPORTS & SUGGESTIONS
If you are using the previous alpha version please go to your Kenshi mods folder and delete it. Please also unsubscribe from the hotfix on steam. Then import your game.
Please note we will be using our discord server for bug reports and suggestions as we already have methods set up for users to do so through there. Please use the above link to report bugs or suggest feature additions.

Preface
This mod has been in development since August of 2019, on that note this mod is still very far from finished. At this point in time, we are still in the world-building state. This means some quests, dialogue, and other features are far from fleshed out.

And finally while not exclusively on the team a big thank you to Mechanica and Camelspyder for supporting us by helping out with building inclusions and working with us on modelling fixes and helping push our ideas for new buildings and features to their limits.

ATTENTION: We had to change the Character folder to lower case 'c' character in version 3 so AGO animations would work, workshop is being stupid and didn't pick up the change I made.
THIS IS NOT AN ISSUE FOR NEW SUBSCRIBERS