Store Page
Hearts of Iron IV>  Workshop > AKT_12's Workshop
This item has been removed from the community because it violates Steam Community & Content Guidelines. It is only visible to you. If you believe your item has been removed by mistake, please contact Steam Support.
This item is incompatible with Hearts of Iron IV. Please see the instructions page for reasons why this item might not work within Hearts of Iron IV.
Current visibility: Hidden
This item will only be visible to you, admins, and anyone marked as a creator.
Current visibility: Friends-only
This item will only be visible in searches to you, your friends, and admins. 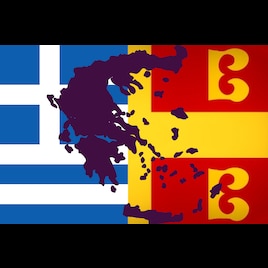 AKT_12
Offline
See all 72 collections (some may be hidden)

This item has been added to your Subscriptions. Some games will require you to relaunch them before the item will be downloaded.
Description
N.B. This mod now works for people who either own or do not own the Battle for the Bosporus dlc. If you do not own the dlc this focus tree will appear as default, but if you do there is a new decision you must take to get the focus tree. This decision is only available before unpausing the game.

A full overhaul for Greece, adding new and unique paths for Greece. Features include:

Fascist Greece, allowing the restoration of old Greek territories alongside further expansion, or accepting foreign intervention
- With the ability to integrate new territories as core states
Communist Revolution to be able to launch a Balkan-wide revolution or focus on internal development alongside the Soviet Union
A Mediterranean bastion of democracy, choosing between intervention of isolation
The historical path of authoritarianism under Ioannis Metaxas
Or finally restore the glory of the Byzantine Empire
- With unique paths for allying all major ideologies
- Adds the Roman Conference, with unique events and decision trees, for unification with Italy

Many thanks to Alex the Rambler for the video featuring this mod. Watch it here:
https://www.youtube.com/watch?v=CBb-JtQGL9w
< >
124 Comments

AKT_12  [author] Dec 25, 2021 @ 8:45am
@✪DMA-Demonlocker My apologies, I just had a look and there was a pretty simple bug that I had missed. It works perfectly fine on my end now, but please let me know if it is still broken on your end.

✪DMA-Demonlocker Dec 24, 2021 @ 1:40pm
Brother, i have the dlc and it shows me in the interesting countries the second kingdom of greece, but when i start the game, there isnt any decision so i can take the new focus tree.

AKT_12  [author] Dec 17, 2021 @ 1:33pm
@Laszlo It's just received the first update after the patch - everything should work except the advisors, as I am yet to integrate it into the new character system. This will be fixed over the weekend however.

Gor Yanâd Azaghâl Sep 6, 2021 @ 12:47am
If you want to reform the Roman Empire it forces you to keep a terrible Leader so your stability is always draining, could you change that a little bit

AKT_12  [author] Aug 1, 2021 @ 12:57am
@Holbækmotorvej Currently it only works if you don't own the Battle for the Bosporus DLC, but I might update so you can chose which focus tree you want if you have the dlc.
@ian thank you very much