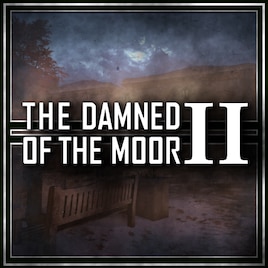 This item has been added to your Subscriptions. Some games will require you to relaunch them before the item will be downloaded.
In 2 collections by AlfaTheseus
Full Circle: A Custom Zombies Collection

The Damned of the Moor 2
*Important: It is recommended that this map is played with the graphical setting Volumetric Lighting enabled. Without this setting enabled, certain features will not function as intended and areas of the level will not look as they do in the provided Screenshots/Videos. Thanks!

“The Damned of the Moor 2” is set in an abandoned prison in English Moorland and occurs right after the original’s ending. It features a variety of environments to both challenge and benefit the player (such as tight corridors, wide open “training” areas, maze-like sections, etc) which also play very different from one and another.

This map was made roughly half the time that I took to make my previous maps (6 months as opposed to 11-13ish) so naturally it is smaller and less feature-complete. However, I wanted to work on a smaller project and still be able to create something that’s hopefully still enjoyable :^)

Feedback is appreciated, feel free to comment/message me with inquires/suggestions/complaints :^)

Credits
(please let me know if I have missed anyone)

Is there a way to melt the ice for a hidden perk?
Fr3aK PoTaTo

Vasr Jul 12 @ 9:52am
Very nice gameplay. The map visually looks so nice . Great EE, thanks to bring us maps like this.

RAPID_FUSIONZ Jan 9 @ 10:21am
I'm going through the entire series, I've already played 1938 full circle & damned of the moor remaster & now completing the damned of the moor 2. I played this with a friend & The map visually looks beautiful. so far i have enjoyed every map i have played! I completed the Easter egg & done the ending as well! Great job

PolyesterKyle Jan 3 @ 10:39pm
i honestly love these maps, they are some of the most atmospheric and detailed custom maps i've ever seen. I just have one problem with the MotD zombies used in them. Whenever a zombie's head pops they seem to drop white german helmets on the ground instead of whatever they were actually wearing on their heads and i'm just so distracted by it. Does anybody know of anyway to fix it? it's a somewhat small thing i know, these maps are otherwise honestly incredible.

JracoMeter Jan 25, 2021 @ 4:21pm
I want to make it clear, this is not my first time playing this map; however, my first attempt didn’t go so well, I was trying a gun game. During my first attempt, I never went through most of this map; but now I can happily say, I explored it. This map was an absolute blast! I really enjoyed getting to see pap for the first time and even got to pack a thunder gun. My crazy playthrough can be found here: https://www.youtube.com/watch?v=-DwNZSCbX9c&t=530s

goo go gaga Jul 5, 2020 @ 3:12pm
Amazing map! Thank you alfatheseus! I did a quick guide in order to beat the map easily if some of you are struggling! https://youtu.be/UHVX3n_m-8Y