Store Page
YIIK: A Postmodern RPG > Guides > Jippen Faddoul's Guides
This item has been removed from the community because it violates Steam Community & Content Guidelines. It is only visible to you. If you believe your item has been removed by mistake, please contact Steam Support.
This item is incompatible with YIIK: A Postmodern RPG. Please see the instructions page for reasons why this item might not work within YIIK: A Postmodern RPG.
Current visibility: Hidden
This item will only be visible to you, admins, and anyone marked as a creator.
Current visibility: Friends-only
This item will only be visible in searches to you, your friends, and admins.

Comments
Intro
Welcome to my achievement guide for YIIK. Hopefully this will help you fully complete this game.

A few notes before we get started:

This game unlocks achievements on closing the game. This is quite annoying, so if you think you earned an achievement and don't see it, save and quit.

Turn on assist mode in config. This doesn't prevent you from getting any achievements, but it makes the combat system WAY nicer. 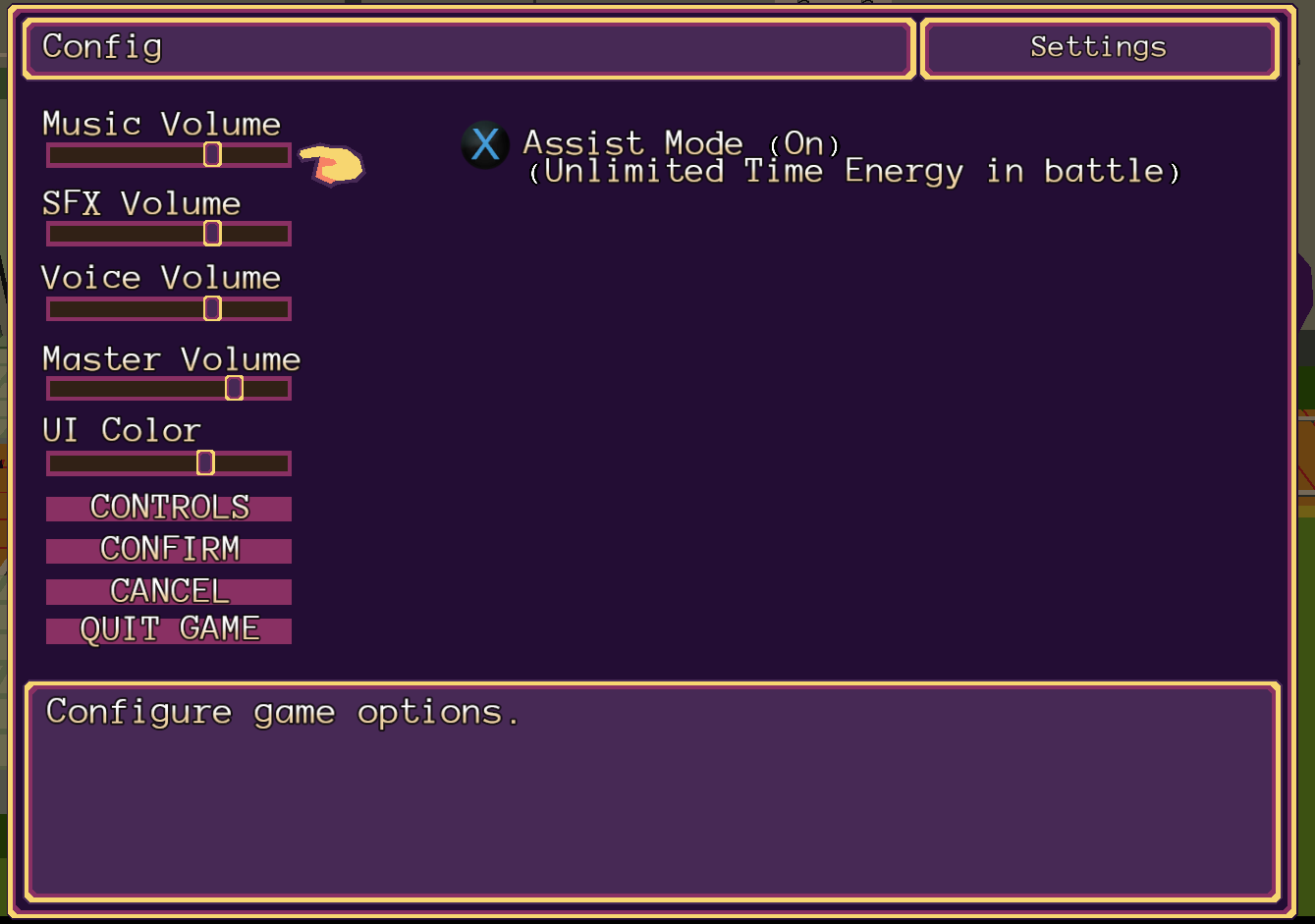 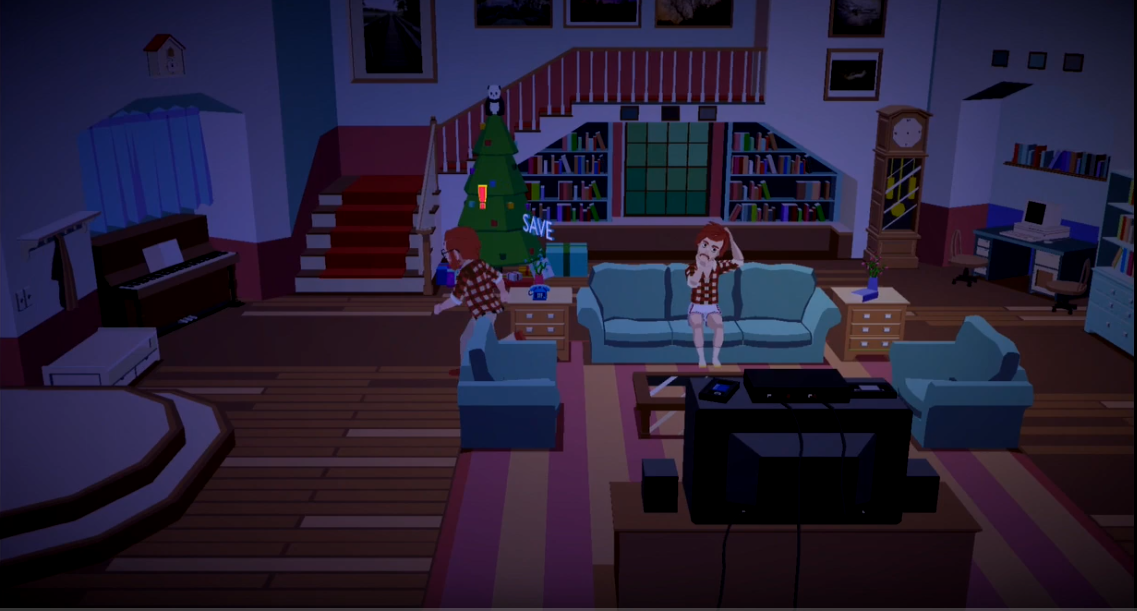 Unmissable
The following achievements are unmissable in a normal playthrough, so you don't have to worry about them much.

You Kids Can Just Go Home

What Did I Do To Deserve This?

Combat
These achievements are for doing various things in combat - and are MUCH easier if you have assist mode on.


Easier once you get a few upgrades for Alex, so the record spins 3+ times instead of the 2 times the first 2 weapons spin. I was able to get this with assist mode and the Strolling Bonez LP, though it was tricky.

Number
Instructions
Picture
1
Exit the left side of Frankton, its to the west 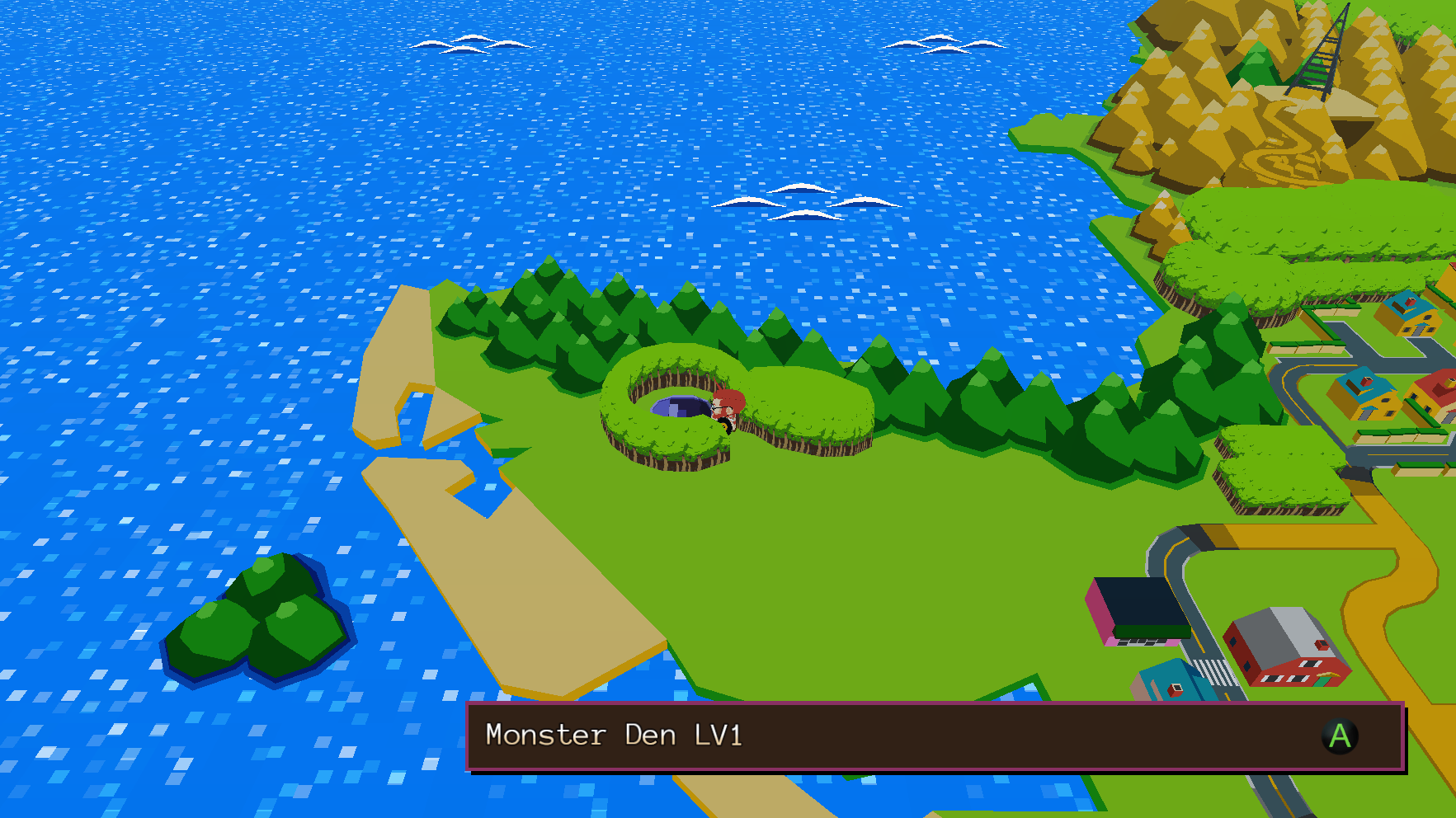 2
Exit the left side of Frankton, its to the south 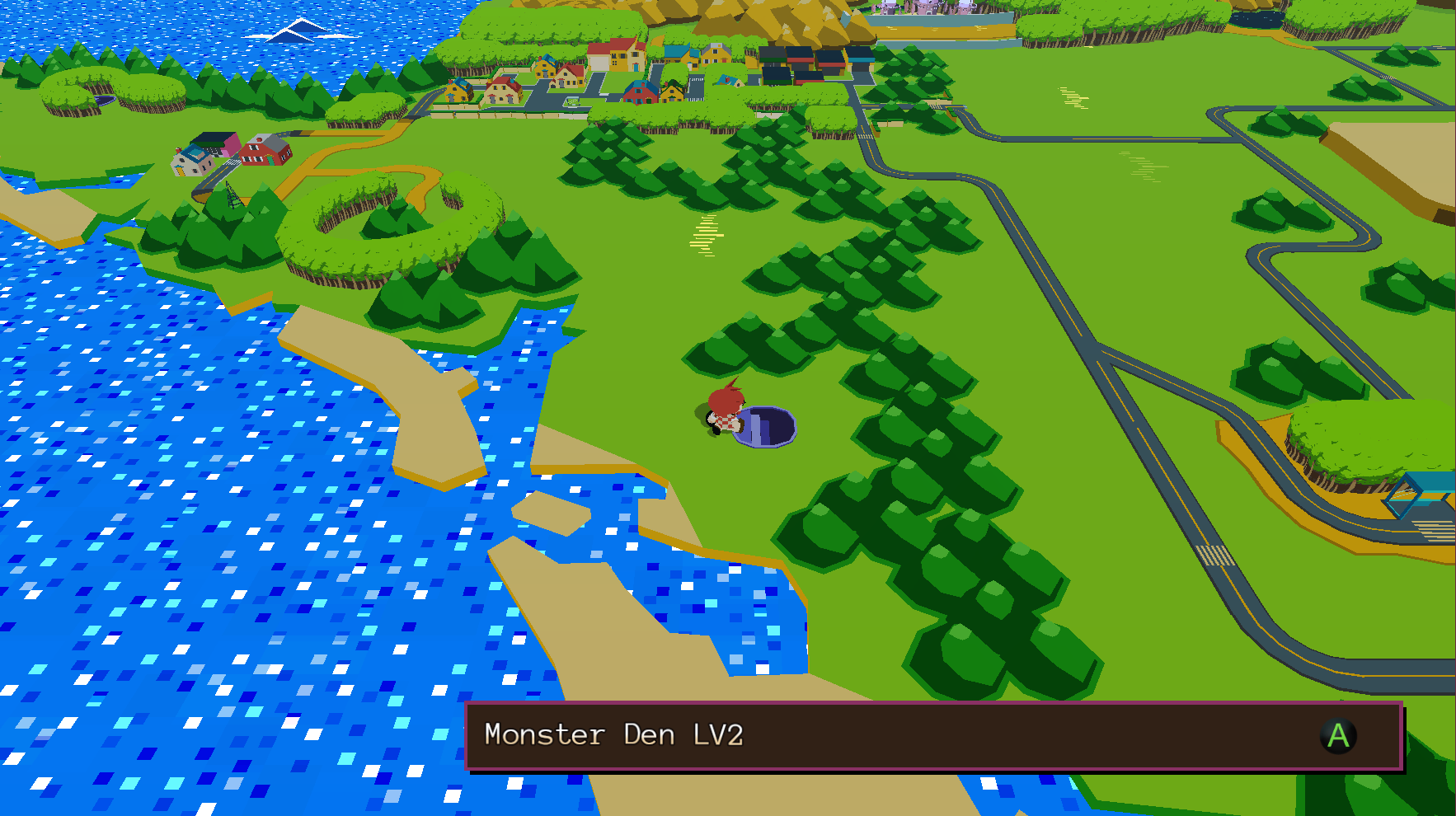 3
Take the bus to Wind Town. Its south of the bus stop - cross the highways via the crosswalks to the south and wrap around to get to it. 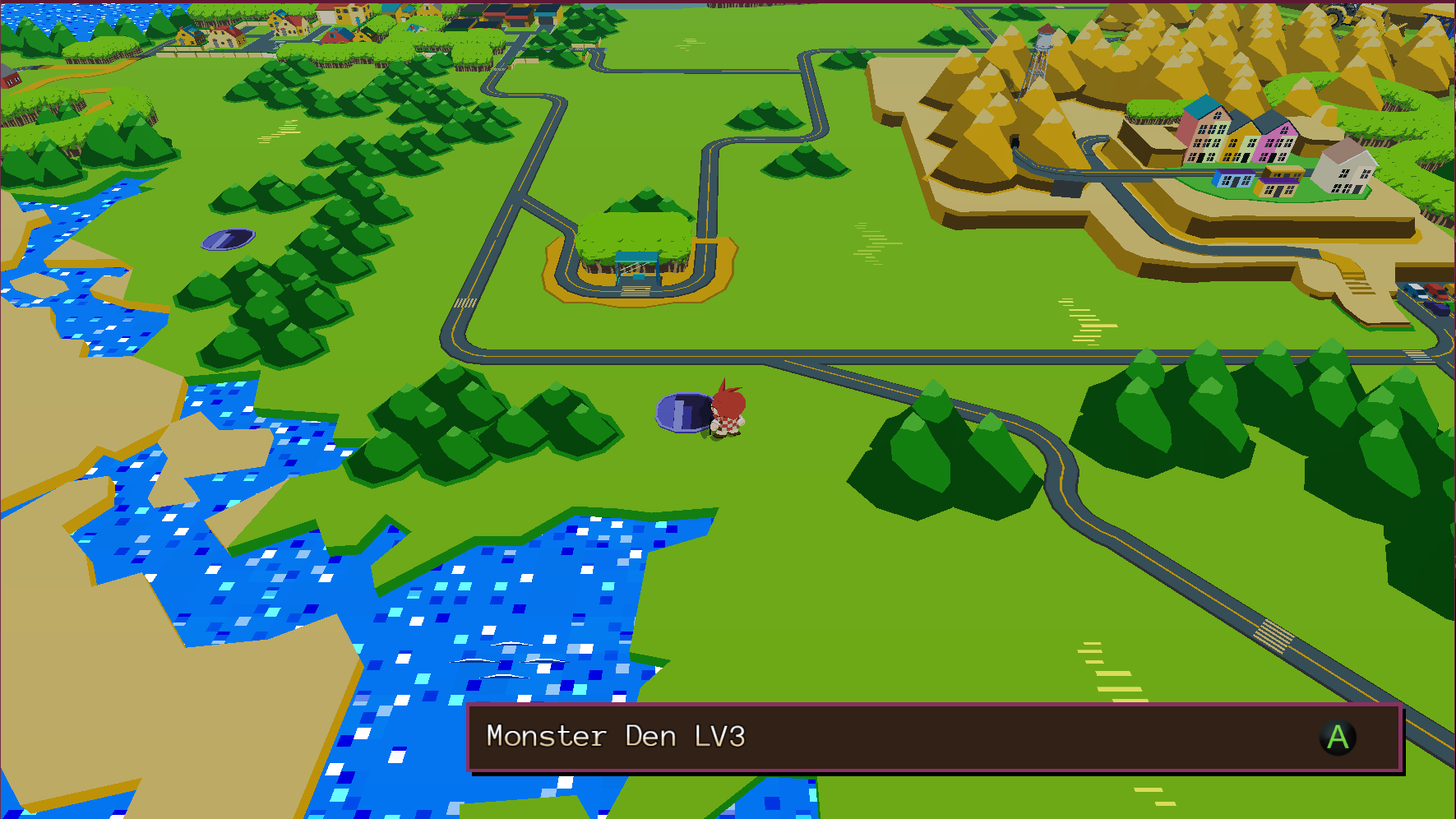 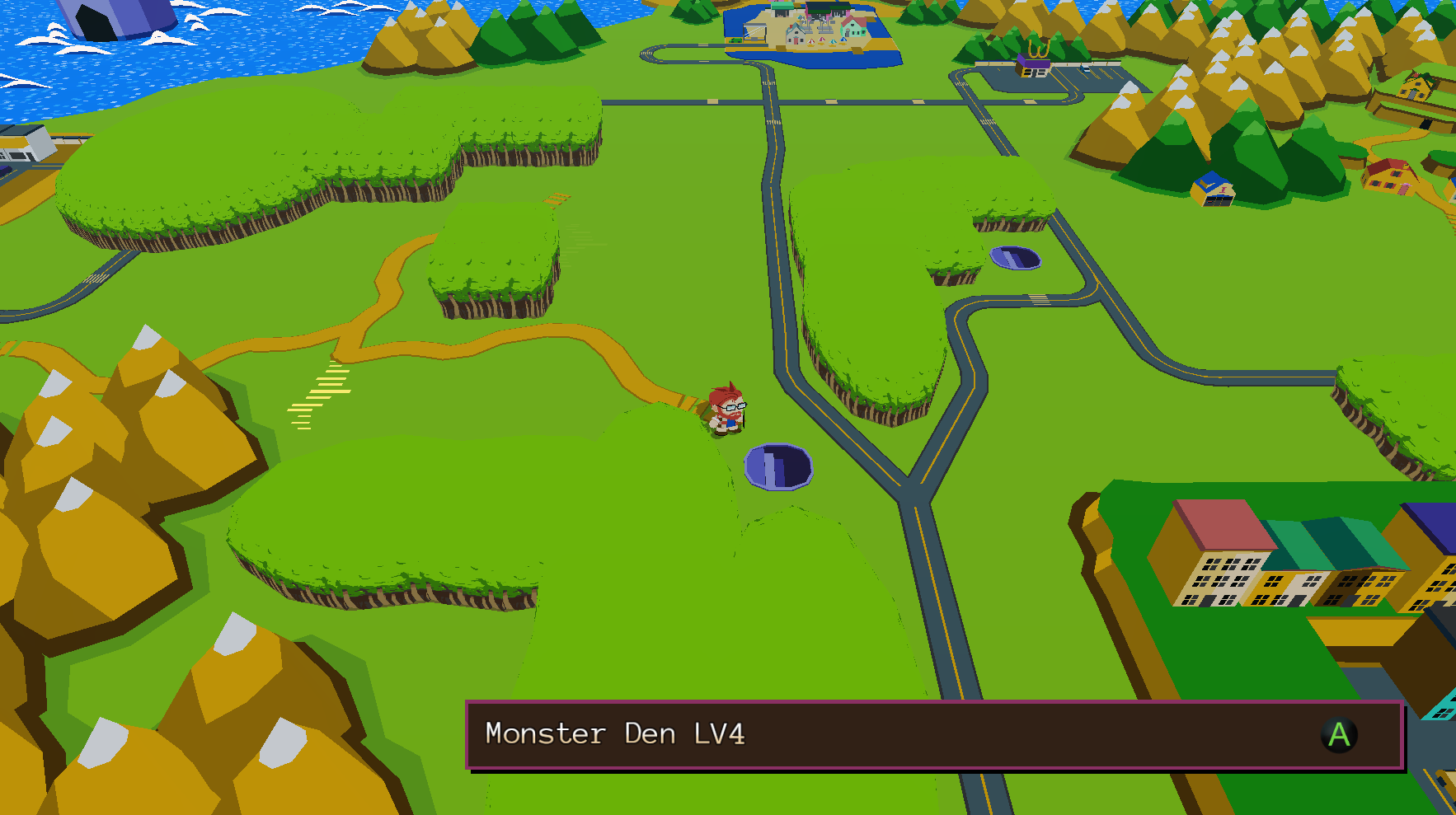 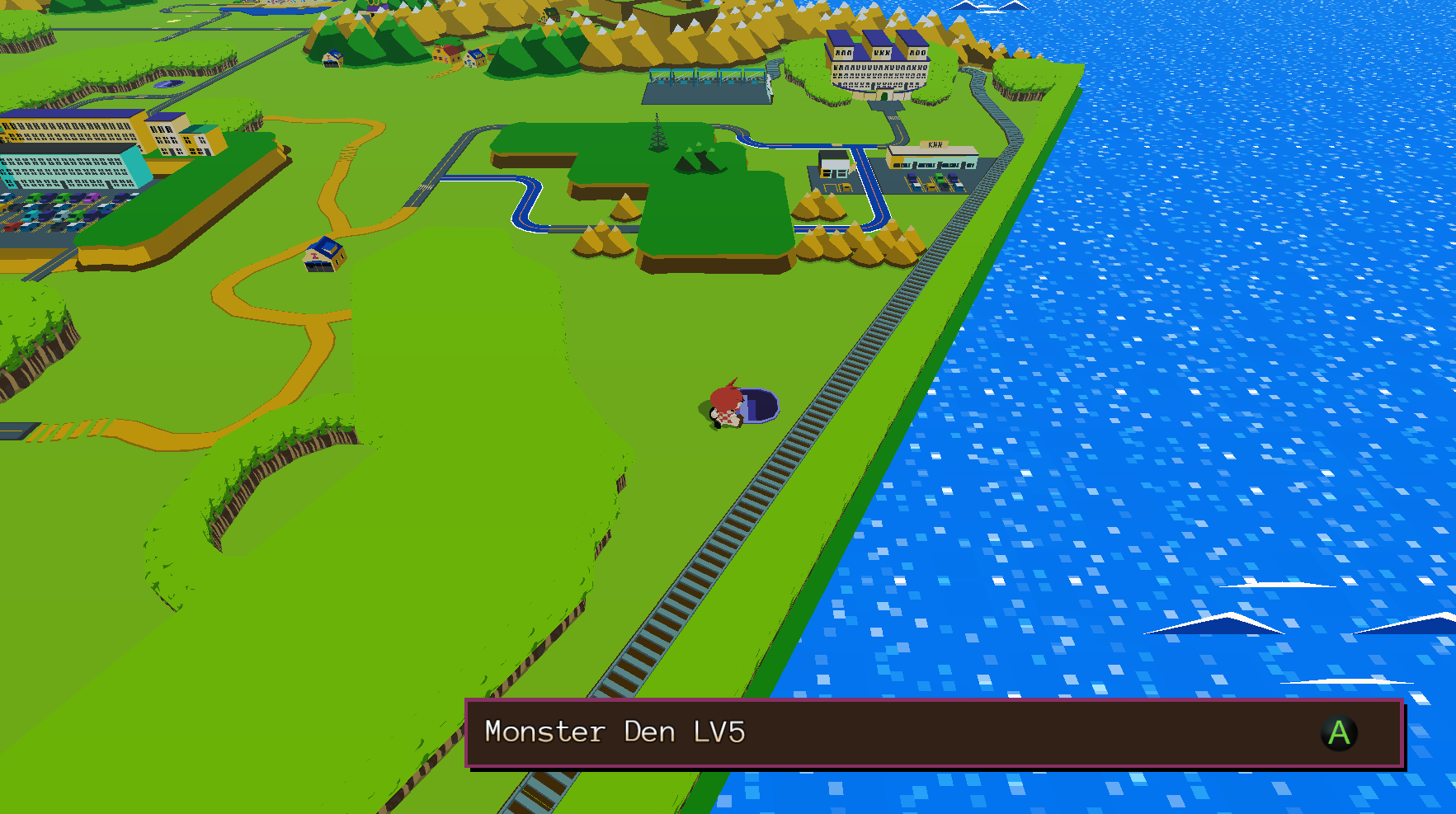 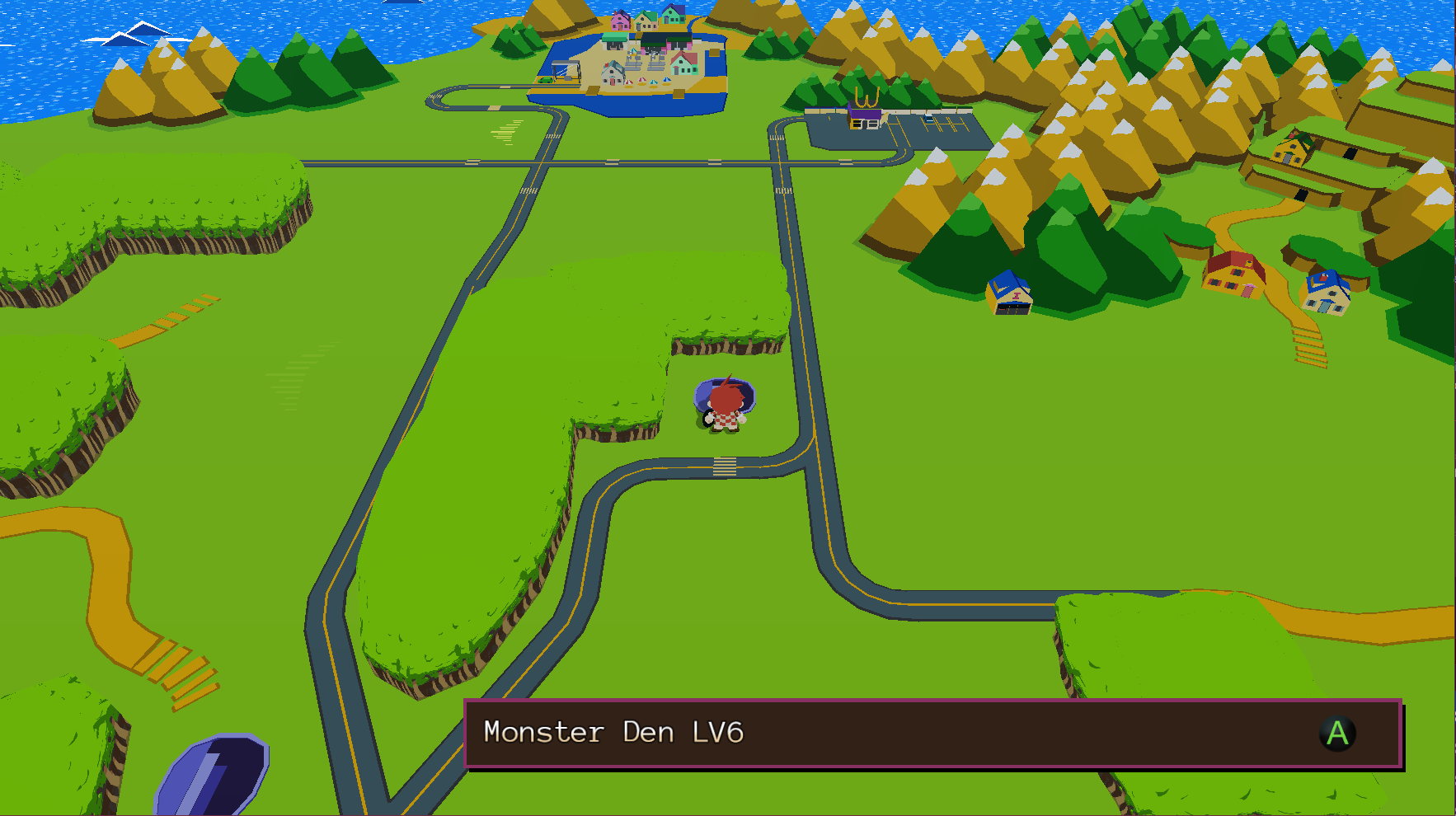 7
South of the Mall, on the far side of the railroad tracks 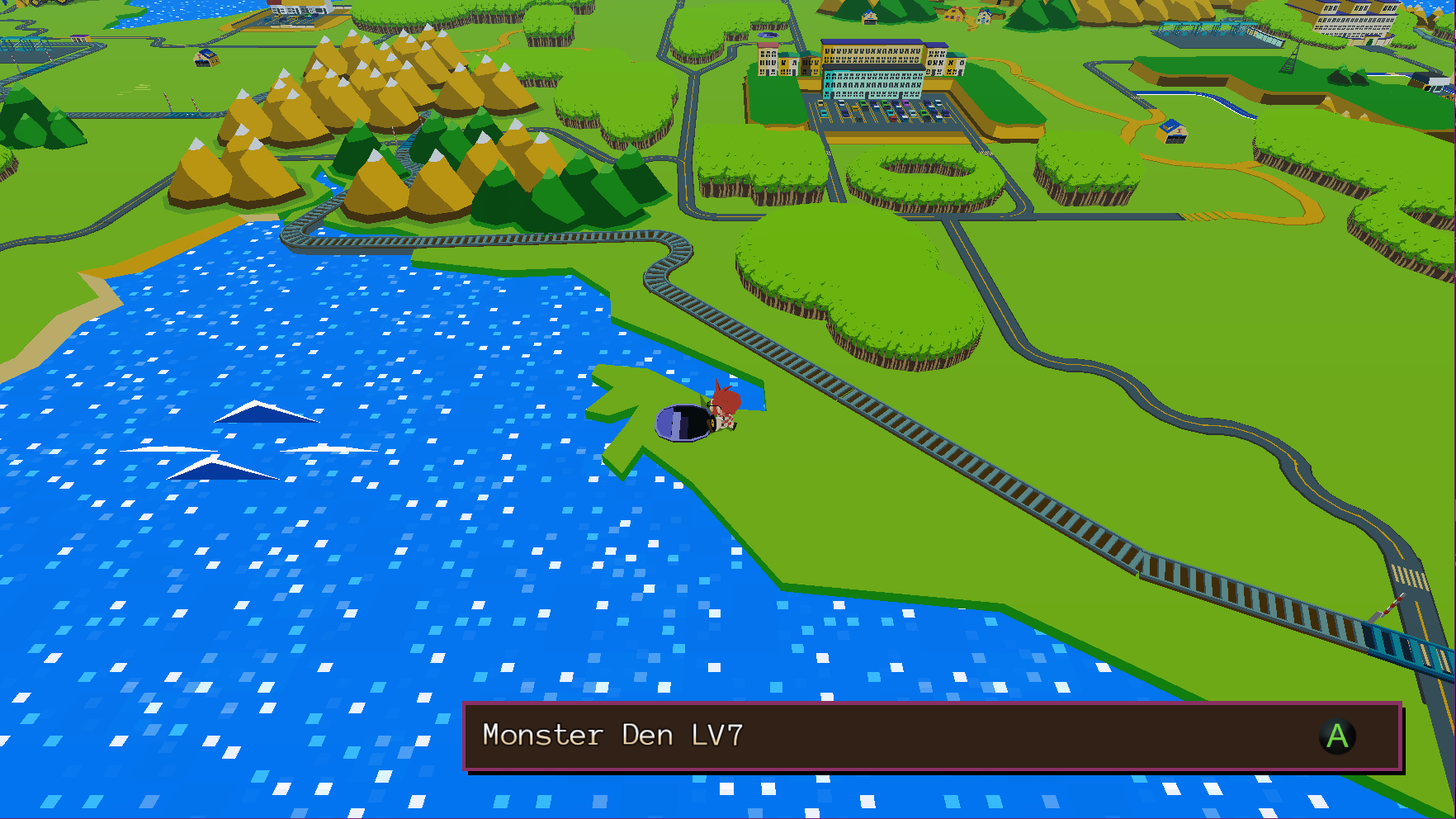 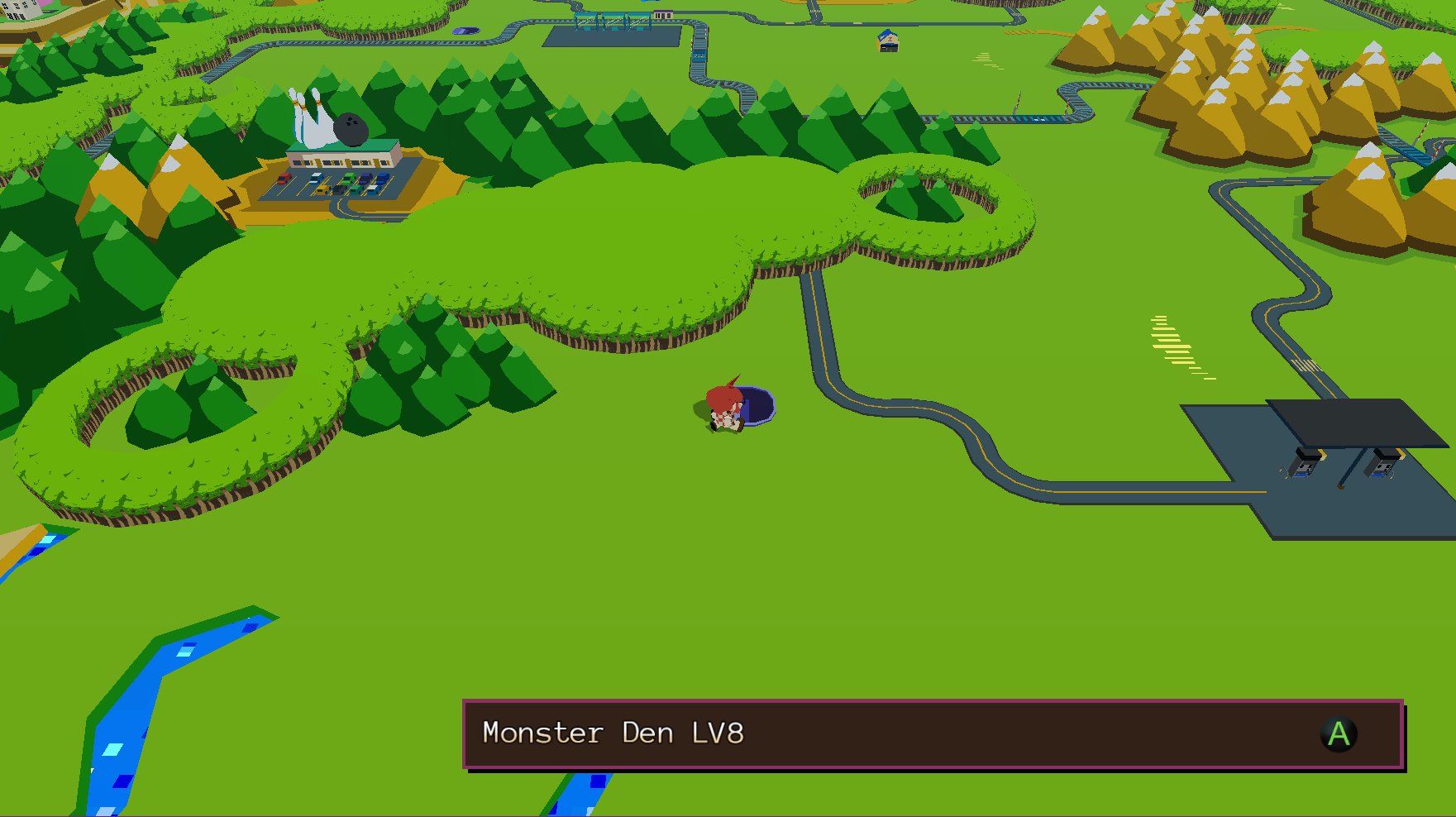 9
North and west of Monster Den 8 (Need Monster Whistle, and here's where you get it!) 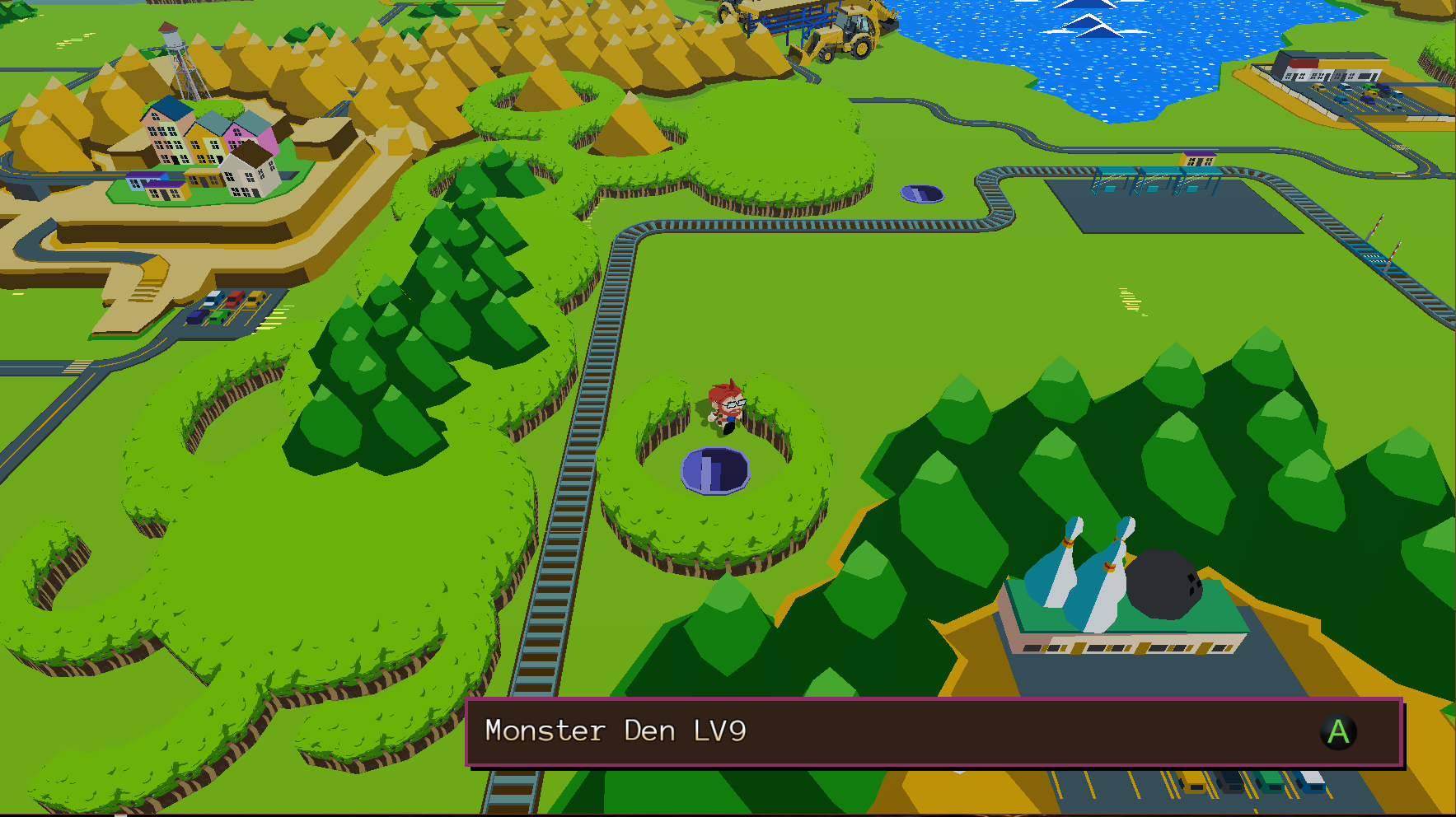 10
Northeast of Factory, take the east exit from Frankton and follow the mountains up and around in chapter 3 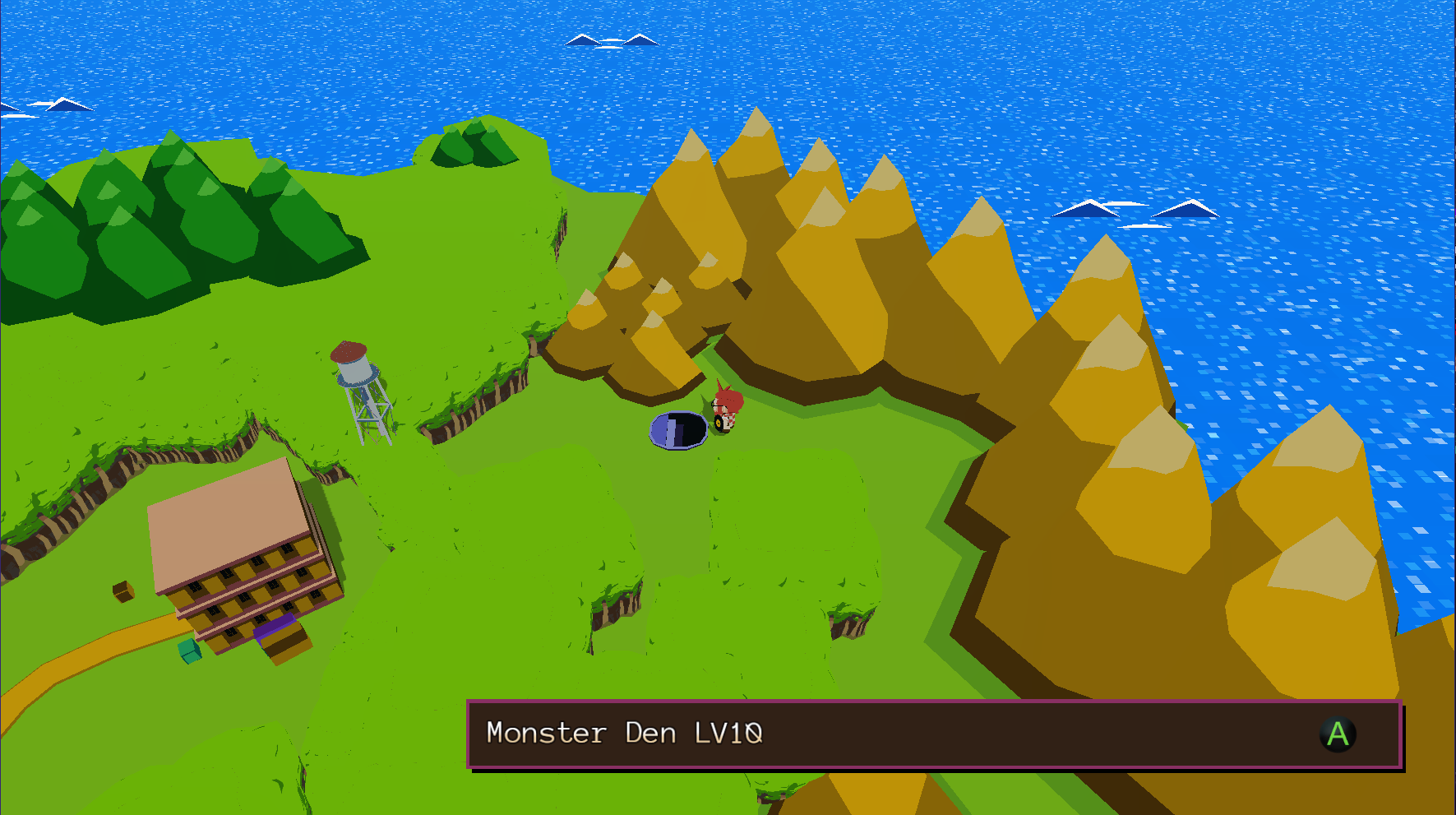 11
West of the Strip Mall 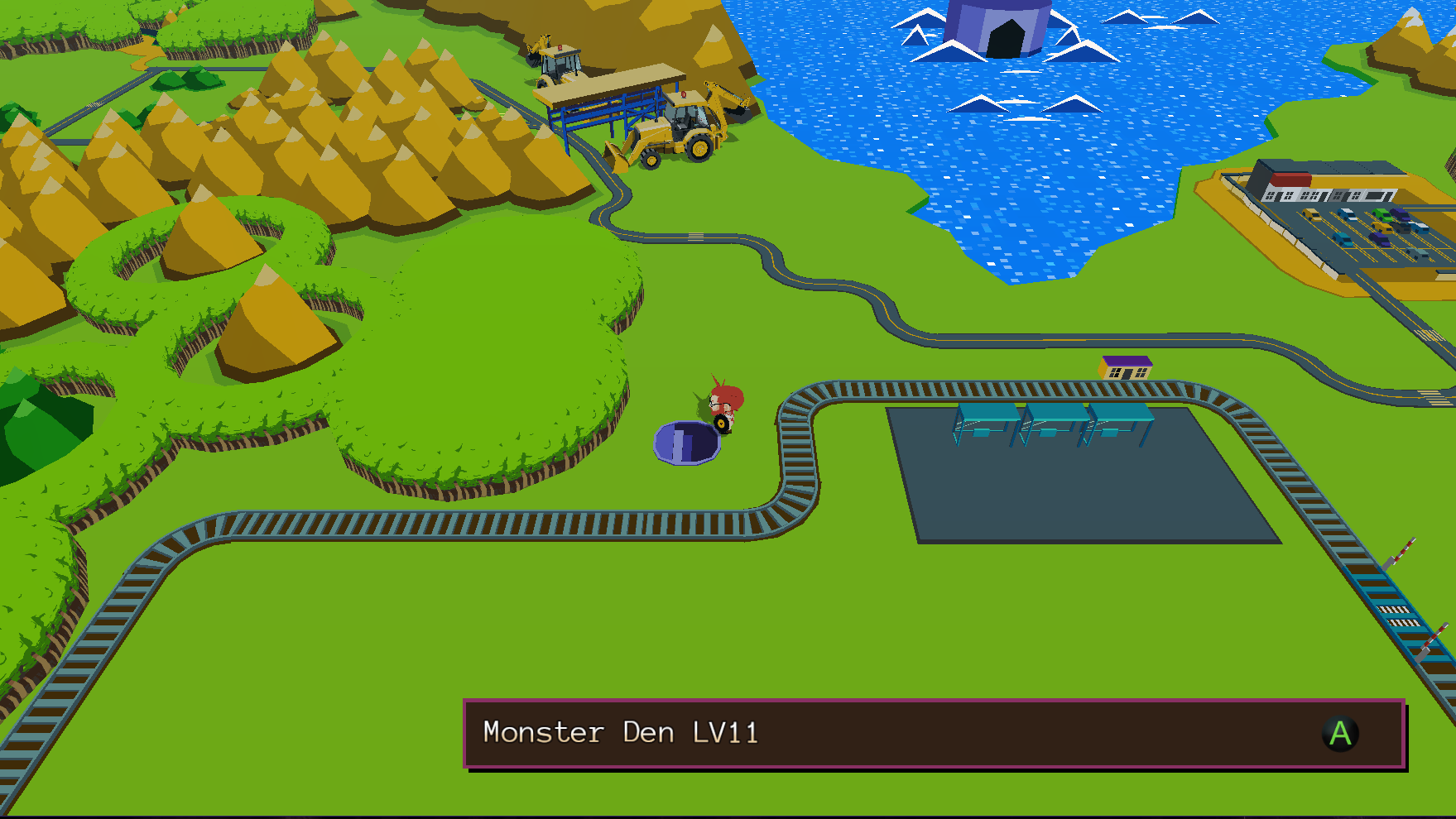 Can't Touch This! - Dodge 5 times in a row during battle.

Floats like a butterfly... - Dodge 15 times in a row during battle.

Mind Dungeon
These are for doing things in the mind dungeon, unlocked shortly before Vella joins your party, and after you visit the factory for the 2nd time.


Mentioned earlier, this one is story forced.

Self-Awareness - Learn all abilities in the Mind Dungeon

This will be unlocked at around level 20.

Enlightenment - Have Alex reach level 40 in the Mind Dungeon.


The max level for a normal game is 50, so if you're fighting everything, you should get this without an issue.

You should get this during the training montage section - just read all the posts.

These are posts you find on the onism1999 board, that have a fire icon after you read them

Quest Name
Instructions
GHOST SITTING in WIND TOWN
Go to the graveyard in wind town (Chapter 2) and find the ghost hovering over a grave.
After talking to it, you'll learn that its looking for a girl named Beatrice.
Beatrice can be found later in the game at the Strip Mall (All the way to the right, she's a ghost)
After you find Beatrice, return to the ghost in Wind Town for your reward of Buried Treasure, which you will need for the Pocket Monsters quest.
Stop Signs Alive At Night
When the game turns to night, leave Alex's home and fight the stop signs near Michael's House.
Mysterious Haunting in Southern Cave
During the run up Mt Town's cave in Chapter 3, you will reach a room with a pentagram and a boombox. Take the tape with the boombox, and be given a choice. I went to the university east of mt town and gave the tape to the sad kid, which gave 100 xp.
OFF TOPIC - Pocket monsters cards for sale
A bit of a trading quest here. Go to the gas station as mentioned in the posting, and find the guy near the door of the gas station. He'll take the buried treasure (from the ghost sitting quest) from you, and give you pokemon cards. You get 100 xp, and quest complete.... buuuut... then you can take those cards to the pink trailer in wind town and trade them for a geiger counter. After completing the pog mission, check onism
Missing Man at Radio Tower Mansion
Quick and easy, run behind Alex's house up to the radio tower. About halfway up by some trees you'll see a guy. Give him a hiking stick, get a backpack and 100 xp.
Alien at Reservoir
Head to the Reservoir, defeat the alien there, get $750 and 100 xp
Looking for help finding Semi Pak
Head to the Mall, and back to where you fought the boss. You will need to put the posters in the following places:
Return to the woman and get a nice camera for Michael, and 100 xp
Pog Collector seeking Pogs
If you have all 10 pogs (9 collectable, 1 rare), then go to the park in Frankton. Trade him the pogs, get $500 and 100 xp.
Missing Kid at the Twin Pines Mall
Head to the Mall, find the kid near the back of the mall. Get $400 and 100 xp.
Mysterious Star Creature seen at Factory
Head to the Factory and defeat the Soul Survivor that chased you away near the start of the game
Mysterious Star Creature seen at Water Tower
Head to Wind Town and defeat the Soul Survivor near the water tower
Mysterious Star Creature seen at Windmill
Head to the Windmills north of Frankton, on the way to the Factory. Fight the soul survivor there and banish it.
A strange surplus of tortoises
Head to Wind Town. Fight the 4 monster blobs running around for a stack of XP
CASSETTE MADE BY Elevator girl
Head to Easton University. Trade the geiger counter to the girl in the robes for a cassette.

The Town Gossip - Visit every home in Frankton.

In the first town, just make sure to examine all the doors and talk to the people who greet you at the door

A Friendly Stranger Arrives - Speak with every NPC in Flag Town.

Just play the game as the story is pushing you

There Must Be Another Way... - Gain access to KNN building.

During the final stretches of the game, instead of driving into the city for the new year, look behind the tree in Alex's front yard to find someone.

From there, go to your computer, read the special email, and you'll be able to leave out the backdoor of the house this time - giving you access to the van again, and allowing you to to go to the KNN building.

Shoutouts
If you're looking for a group to hunt for achievements with, consider joining 100Pals. We emphasize creating a non-toxic, diverse group of achievement hunters, and happily welcome folks who want to join the hobby.

Find out more at https://achievementhunting.com
< >
3 Comments

Dbkibas Dec 25, 2020 @ 2:10pm
Hello, thank you for the guide , helping a lot.
I just have a question , i have done all sidequests but for some reason the achivement has not popped? anyone got any idea why?
< >