Greenlight > Games > joda's Workshop
Greenlight is being retired. For more information on how to submit games to steam, refer to this blog post.
This item has been removed from the community because it violates Steam Community & Content Guidelines. It is only visible to you. If you believe your item has been removed by mistake, please contact Steam Support.
This item is incompatible with Greenlight. Please see the instructions page for reasons why this item might not work within Greenlight.
Current visibility: Hidden
This item will only be visible to you, admins, and anyone marked as a creator.
Current visibility: Friends-only
This item will only be visible in searches to you, your friends, and admins.
continue?9876543210
Description Discussions5 Announcements5 Comments264 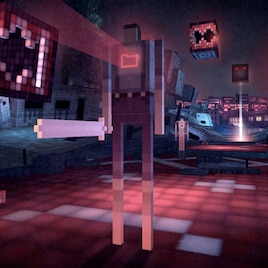 joda
Online
See all 32 collections (some may be hidden)

v 1.3 is currently available in Humble Bundle! Changes include: Screen flickering eliminated, no lag on keyboard controls, game speed better calibrated, more detailed instructions. I'm in the process of getting it on Steam, which is a bit trickier than I anticipated. If anyone has any experience with the process please contact me. Thank you for your early support!

Read More
Description
Release date: Dec 2013
You are a dead, failed video game character wandering through the recesses of the Random Access Memory, trying to find peace in the final moments of your existence before being deleted forever...

In the garbage dump of the Random Access Memory, you travel from town to town, meeting people who offer you their lightning and their prayer. Lightning clears the way for you to move forward and prayer builds shelters in a distant town where you must frequently hide to avoid being deleted into nothingness by the garbage collector. Along the way, you are thrust into many battle challenges, the outcome of which effects your shelters. There is ultimately, no way to escape the garbage collector, but running from it buys you time to think, wander, contemplate, and hopefully be at peace with the inevitability of your deletion.

Each game randomly assigns you 1 of the 6 characters and 6 of the 11 areas. There is no set order to the stages of the game.

This game is weird. You've probably figured that out by now. Everything in it however, has a deeper meaning behind it. All of the strange places you go to, people you talk to, and scenarios you go through are part of a greater idea that I hope you spend a second or two trying to figure out and interpret...or not. You can also just play the damn thing.

Continue? was inspired by existential road trips into nowhere, Peruvian jungle drugs, and a brush with death while lost in the mountains of New Mexico. It is a quest for wonder, contemplation, and peace.

Continue?9876543210 was independently developed by Jason Oda in 2013. Past projects of notoriety include The Perfect Strangers game {LINK REMOVED}(nothingsgonnastopmenow.com) and Skrillex Quest {LINK REMOVED}(skrillexquest.com).

Who the heck are you clowns? :U

continue?9876543210 has been Greenlit and is now listed in the Steam store. For the latest information, purchase options, and discussions for continue?9876543210, please see it on the Steam Store or in the Steam Community.
Visit Store Page
For more details Visit Community Hub
For latest discussions
If you really, really want to, you can continue to the Greenlight page. Information on this page may be out of date, since all the action has moved to the areas noted above.