Store Page
Divinity: Original Sin 2 >  Workshop > retrotie's Workshop
This item has been removed from the community because it violates Steam Community & Content Guidelines. It is only visible to you. If you believe your item has been removed by mistake, please contact Steam Support.
This item is incompatible with Divinity: Original Sin 2. Please see the instructions page for reasons why this item might not work within Divinity: Original Sin 2.
Current visibility: Hidden
This item will only be visible to you, admins, and anyone marked as a creator.
Current visibility: Friends-only
This item will only be visible in searches to you, your friends, and admins. 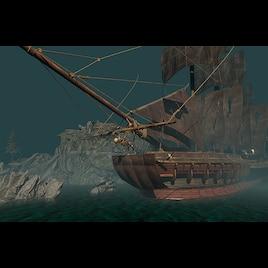 retrotie
Online
See all 15 collections (some may be hidden)

This item has been added to your Subscriptions. Some games will require you to relaunch them before the item will be downloaded.
Description
Mystics
Player Maps of the Known World
The Village of Lyonesse[docs.google.com]
Masked Vulture Forest[docs.google.com]
Red Castle[docs.google.com]
Fort Knossos at Crete[docs.google.com]
Prerequisites In order
1. LeaderLib - Definitive Edition
2. Animations Plus
3. Amazing Wings [DE]
4. Character Creation Menu Override - Cloisterwood
5. Chronicles: Shared Library
6. Torch mod (DE)
7. Throwing Weapons Armory- DE
8. Majoras - Project: Fashion Sins
9. Weapon Expansion (Beta)
10. Epic Encounters
NOTE: Epic Encounters is no longer a dependency of this mod but the mod files need to exist on your machine for it to work. If you don't want EE2 combat overhaul, leave the Epic Encounters mod inactive.


This mod also requires
Norbyte's Extender[github.com]
What is the script extender and why to I need it?
Norbyte's Script Extender provides access to a lot of lower-level code for modders. This story mod utilizes a few required mods using the extender. In order for the mod to work, this extender needs to be on your system.

How do I install it?
Head to the extender's
GitHub page[github.com]
and follow the instructions under the "Installation" header. This process will only take a minute or so to do. The extender automatically updates itself, so you never have to worry about using the wrong version.

Suggested Mods
Quality of life: HQ World and Icons Mod
HQ World and Icons Mod[www.nexusmods.com]
Story
You were taken from your family and friends, brought to the prison colony of Ft Joy and gathered a party of sorcerers. As you battled your way through the various trials, you were repetitively told you were "The One", the next Devine!
You and your party escaped Ft. Joy, battled your way through Reapers Coast, The Blood Isle and made your way to the city of ARX. The final battle came, the moment of truth had come, heart pounding in anticipation, the next Divine was announced.
It was not you...
The disappointment hit you harder than you thought it would. You still had gained plenty of gold and some notoriety. As things do both dwindled quickly as people returned to normal lives. You took up drinking as a habit. As you ran out of money and, with your title dwindling down to nothing, you thought it would be a good time to get a job. You managed to find work aboard a cargo ship which was subsequently taken by pirates. After a narrow escape you managed to make it back to town, penniless.
Without any money, the doors which were previously open have closed and you find yourself living in the streets. Still, being a hero had some perks with the older crowd, one such person ran the local pub and always offered you free drinks and sometimes, a hot meal. You also managed to find a warm place in the sewers. This night was just like any other, drunk again and removed from the bar. You stumbled home to your tent under the city.
This is where our story begins...

Small Ships (RowBoats)
These ships lock the players except for the one running the ship. I dont have code to ask permission for "readyness" so, if you are going to jump on board, check with your other party members first. It's probably best if everyone is together when you board, if your other party member is halfway across the map, when you dock, they will end up by your side. If you are in multiplayer, the person running the server seems to be the one that controls this ship. I have used poles as markers of where you can dock. The smaller poles indicate where the small ship may dock and larger poles where the mid size ship may dock. The smaller ships, however, will be able to dock in a few unmarked spots, keep an eye on the shore. Small ships also have an ability for light combat.

Mid sized ships (Small Fishing Boats)
These ships have a larger range, can go deeper into the ocean than the small ships. You'll be able to find the edge of the level in these, places that aren't finished and possibly some game breaking stuff.
When you board a small ship, the party will be teleported to a deck level while the captain of the ship is able to move across the ocean. There are a few deck level adventures to be had while out to sea.

Thank You
Thanks goes out to this amazing modding community.

And a special thanks to:
Heinze234 and Tiqon for allowing me to use their maps early on in my quest to create an adventure.
Murderbot for helping me get new materials and models into the game.
Dima01 for always streaming his world building, I always find out something I didn't know about the engine when I watch those.
LaughingLeader for the continual assist with code. There doesn't seem to be anything he doesn't have an answer for.
Norbyte for modding the modding engine and supplying us with an ever increasing ability to produce.
The Composer. I still reference the videos you created.
13 for getting me to look into stats.
Ameranth for creating and assisting the integration of EE2.

And, of course Larian Studios for a great game and tools.

retrotie  [author] Jul 23 @ 7:27am
Update:
Large map section updated. Quests continue to be updated. Getting close to the end of the main Mystics story completion of the second act.

retrotie  [author] Jul 14 @ 8:05pm
Norbyte's Script Extender has been updated to v56.
This update will fix the faction issues experienced in this mod. The enemies should now react as they should.