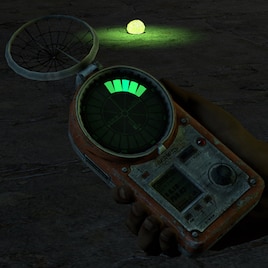 Kally
Offline
See all 6992 collections (some may be hidden)

This item has been added to your Subscriptions. Some games will require you to relaunch them before the item will be downloaded.
Description
IF YOU'RE GOING TO READ ANYTHING READ THIS BIT: These are props. Sorry. I'm no coder and i don't know anyone who could make these into entities or sweps even if i wanted them to. If you enjoy them as props, then i'm glad. If you're immensely unhappy that these aren't sweps or entities, then i really don't know what to say.


This is a pack of props, ported from STALKER: Clear Sky. Contains a selection of artifacts (Not all of them from every game, just an assortment.), Detectors, Medical supplies, food, and a couple of vehicles. Full contents list at the bottom of the description (There's a lot of stuff.)

All the detectors have bodygroups and skins and have been tested for SFM. Most models have skingroups and bodygroups, and all of the vehicles are fully ragdolled and have skins and bodygroups too. The artifacts have been scaled to somewhat sensible sizes, not nessecarily accurate to how they are in the game but smaller to the point where you may be able to carry around more than one without needing a wheelbarrow.

Special thanks to Lt_C for being a cool guy and helping me set up the SFM SDK so i can do model stuff again since Valve broke the old SDK. Additional thanks to Ilwrath/Nirrti for letting me use his STALKER models for some of the promo pictures.

All three detectors from STALKER: Clear Sky.
'Echo' Detector
'Bear' Detector
'Veles' Detector (With skingroups to make it the Svarog from Call of Pripyat)
Also included is the bolt from all three STALKER games.

NOTE:
So people don't have to ask: The ragdolls used in the screenshots are ddok1994's modern russian infantry which are on the facepunch forums, and Ilwrath's stalker models, which will hopefully be released on facepunch also soon.
< >
101 Comments

Kota The Koopa Oct 28, 2017 @ 12:46pm
if you try to make them into a weapon now i'm not saying it's bad or it sucks but i'm kindly asking you to push your self a little and see if you can turn this into a Swep idc if you do it or not but this is still very impressive i would love to see the swep even if its buggy you can always fix the bugs when you can and how you can just thought you should give it your best shot