Greenlight > Games > Super Tea Studios's Workshop
Greenlight is being retired. For more information on how to submit games to steam, refer to this blog post.
This item has been removed from the community because it violates Steam Community & Content Guidelines. It is only visible to you. If you believe your item has been removed by mistake, please contact Steam Support.
This item is incompatible with Greenlight. Please see the instructions page for reasons why this item might not work within Greenlight.
Current visibility: Hidden
This item will only be visible to you, admins, and anyone marked as a creator.
Current visibility: Friends-only
This item will only be visible in searches to you, your friends, and admins.
Voidwalker
Description Discussions2 Announcements3 Comments74 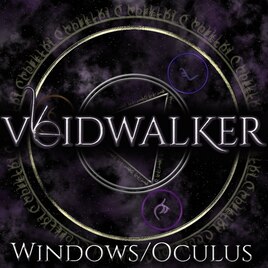 So, we've gotten a lot of comments about the graphics in Voidwalker, and I wanted to go ahead and address those in an announcment here.

Firstly, the graphics are in alpha right now, so please do not judge them as final.

HOWEVER, excitingly enough, we've had people requesting that we explore different stylizations. So here is us doing just that! Please keep in mind - these are also alpha, but they give a good idea of our favorite stylization so far :)

And here is a much longer video in which I show you exactly how graphics and stylization works in Unity 3d. In it I explain that the demo and trailer look so awkward primarily because our terrain plug-in was not able to be light mapped. Lightmapping is a HUGE part of making graphics in a 3d enviornment look good, and our inability to do so with that terrain really harmed the overall look. In the video I explore a small cell that I constructed without that terrain as a way of showing you what Voidwalker could start to look like soon:
https://www.youtube.com/watch?v=I1aIzVr9dAA

I hope you enjoy! And don't forget to go visit our Kickstarter to have your say in the final graphics decisions!! :D

Read More
Description
Voidwalker is a 3D First Person Puzzle/Exploration game with groundbreaking new Spellcrafting system. For PC & Oculus with potential Hydra compatibility. We really pride ourselves on our magic system as it allows for you to mix and match shapes, intensities, powers, and modifiers for a combination of over 200 unique spells!

We really want to evoke as much of a fantasy/magic style “Portal” type feeling as possible. Every island (level) will be constructed in such a way as to teach you a new element of magic and many of the ways you could possibly be able to use it (there will always be more, just use your imagination!). You cast from a casting wheel in which you choose your elemental base, the shape it will manifest in, and the amount of power you put behind it. You will also be able to join elements, insulate elements, and self-cast elements of different shapes and powers. Each island is also a laberynth of puzzles for you to cast your way through and solve the mystery of why you are there and how you can unlock the Void from it's banishment.

A free-flowing magic system, designed to give you complete control over your own spells.

Open-ended puzzles tailored to give you multiple pathways to progress. No per-determined “best” or “right” path means that you solve each puzzle according to your own play-style.

Immersive hand-crafted 3D environments based on a rich history and vast background.

Each Island is based on a unique element and reflects that element's characteristics in its design and puzzles.

Completely new language written specifically for the lore and runes of Voidwalker. Inspired by Hebrew and Kanji.

As the head Professor of Enchantment at the Royal Arcane Academy, very little in the world of magic remains a mystery to you. The Tangible Elements have been at your command for decades as have three of the four Intangible Elements. No one knows Void anymore though, so this area of lack never bothered you or your students.
Recently however, a sorceress claiming to be a Voidmaster has helped to propel you in to the Magical Dimension – a feat not achieved by anyone since the Light Crusade banished Void over a thousand years ago. Now you find yourself adrift in a world that you have only dreamed of. A world that mages, wizards, shaman, and sorcerers have told stories about for generations. A world that contains all magical knowledge and infinitely more cohesion with magic than you have ever experienced.
Will you be completely overwhelmed? Or will you solve your way through the ancient puzzles and explore the Islands of each Element? And will you be able to fulfill your promise to the Voidmaster and finally restore balance by unlocking Void's place in the world?

We hope our screenshots leave you wanting more! If so, check out our trailer, demo, and gameplay video … and of course, visit us on Kickstarter!!
Popular Discussions View All (2)

Rpground Mar 18, 2014 @ 7:03pm
I don't know HOW you managed to do it but...you sold me on this game. I HATE, and I mean HAAAATE, point and click/puzzle adventure games. Most of the time they're boring and uninteresting while completely limiting you or making the puzzles require complete backwater ways to solve them.

Not this, this game isn't like this at all and I applaud it. Absolutely well done!

Though one question, is there anyway that you can screw up a puzzle so bad that it's unsolvable?

Bakers1985 Mar 1, 2014 @ 3:00pm
I think tou have a great idea for a game, i have read the questions from frost350 and love the answers that you provided. You have my vote, i hope that the game is given the greenlight. i am also interested just like frost with what you will do if it is not as i will be interested to play the game anyway.

Three Thousand Fish Feb 8, 2014 @ 9:15am
The graphics aren't exactly amazing, but the concept and gameplay look fantatic!
(I can be a freaking bender!)