Greenlight > Games > skobbejakgames's Workshop
Greenlight is being retired. For more information on how to submit games to steam, refer to this blog post.
This item has been removed from the community because it violates Steam Community & Content Guidelines. It is only visible to you. If you believe your item has been removed by mistake, please contact Steam Support.
This item is incompatible with Greenlight. Please see the instructions page for reasons why this item might not work within Greenlight.
Current visibility: Hidden
This item will only be visible to you, admins, and anyone marked as a creator.
Current visibility: Friends-only
This item will only be visible in searches to you, your friends, and admins.
Vapour
Description Discussions3 Announcements17 Comments503 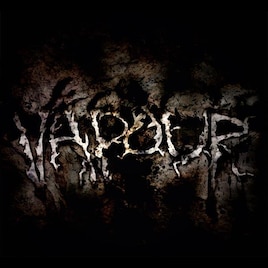 skobbejakgames
Offline
See all 51 collections (some may be hidden)

View Vapour in the store

Vapour: Part 1 is finally available! You can follow the link below to learn a bit more about Vapour and purchase:

We have opened up the Steam Store Page for Vapour under Upcoming/Coming Soon just to give everyone a chance to add it to their Wishlist and checkout the Community Hub before we launch on Friday.

Read More
Description
Release date: July 3, 2015
PRE-ORDER your copy of Vapour: Part 1 now to have it ready on release and score yourself some bonus goodies to boot.
Also be sure to download and try out the demo for Vapour: Part 1 at: {LINK REMOVED}http://www.skobbejakgames.com

Vapour is an experimental horror, that fuses horror (both old school and modern) with the frantic game play of classic First Person Shooter titles. Blending Horror, Shooter, Action, Puzzle and Platformer in a dynamic yet cohesive combination.

In Vapour you take on the role of a psychotic warlock known only as "Charles", who has been held captive and brutally tortured his entire life by a sadistic cult. After being executed for his crimes, Charles used his last ounce of strength to avoid total damnation.

Now, trapped between the borders of Purgatory and Hell and with his powers diminished, Charles must battle through hordes of demons, face his haunting past and ultimately make it back to earth to exact his revenge on those who have wronged him.

Lowest System Specifications we are trying to reach for Vapour: Part 1

skobbejakgames  [author] Jan 28, 2016 @ 6:02am
@BROLY5783: We will try to add subtitles for other languages eventually but currently Vapour: Part 1 isnt financially viable so we need to release other titles in order to keep Skobbejak Games alive and funded.

skobbejakgames  [author] Jun 29, 2015 @ 10:58am
The Store Page is now live under the Upcoming/Coming soon section. You can give it a view and add Vapour to your Wishlist. Also be sure to check out the Community Hub.

skobbejakgames  [author] Jun 24, 2015 @ 5:22pm
@Kunio: Glad to hear that youre amped and looking forward to Vapour: Part 1, we hope that you enjoy it when it comes out next week. Thanks so much for the support.
< >

Vapour has been Greenlit and is now listed in the Steam store. For the latest information, purchase options, and discussions for Vapour, please see it on the Steam Store or in the Steam Community.
Visit Store Page
For more details Visit Community Hub
For latest discussions
If you really, really want to, you can continue to the Greenlight page. Information on this page may be out of date, since all the action has moved to the areas noted above.