Store Page
Arma 3>  Workshop > kelly's Workshop
This item has been removed from the community because it violates Steam Community & Content Guidelines. It is only visible to you. If you believe your item has been removed by mistake, please contact Steam Support.
This item is incompatible with Arma 3. Please see the instructions page for reasons why this item might not work within Arma 3.
Current visibility: Hidden
This item will only be visible to you, admins, and anyone marked as a creator.
Current visibility: Friends-only
This item will only be visible in searches to you, your friends, and admins. 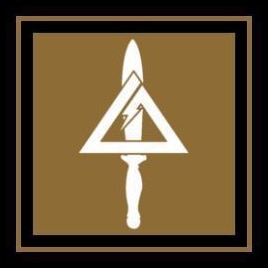 kelly
Offline
See all 105 collections (some may be hidden)

This item has been added to your Subscriptions. Some games will require you to relaunch them before the item will be downloaded.
Description
"Spearhead of the Force"
\____________

This mod is the culmination of an idea I have had going back to 2017. This pack contains retextures of the RHS G3 and other RHS uniforms. It adds different special operations camouflages from units all around the globe. From well-known camouflages like Multicam and Kryptek to the more obscure Egyptian Thunderbolt and Croatian ORSH, this mod contains patterns from every single NATO nation that should have you covered.
____________

This mod will receive updates. I expect there to be bursts of many updates in a short span of time followed by long periods of inactivity. Requests are unlikely to be considered, though they will not be outruled completely.

Right now only uniforms and helmets are planned. Vests are not going to be added anytime soon. We recommend using USP for your needs in that regard.

You may DePBO this and edit this mod to your heart's content. Only want uniforms for a certain country? Only want G3s from real countries and no fictional ones? If you have the knowledge of how to DePBO and Debinarize this mod, please feel free to do so to your heart's desire. Republish it to the workshop, keep it private, I don't care. Just give me credit / don't remove me as the author.

Credit to Sabre for creating the original G3 textures in RHS; pieces of those uniforms were used in this mod, such as the belts, the chest fabric, kneepads, etc
____________

For ease of communication, feel free to join our discord over at https://discord.gg/kQuCweU; it isn't all that active, but it is far easier to communicate with me on here than in Steam comments

kelly  [author] Nov 25 @ 5:39am
the misaliagnment of insignias is not an issue with my retextures, it's an issue with the RHS G3 itself and it's not something I can fix since it isn't my issue; i also dont use RHS anymore so the chance of me working on this again in the near-future is slim, sorry

Will.KMJ Nov 25 @ 5:32am
Hey dude, I use this basically all the time, it's a stellar mod. My only gripe is that the alignment for the insignia are like an inch off to one side - enough to be noticeable. Any chance of a fix? In addition, is there a chance of getting black G3s with Multican union jacks on? Would be useful for SAS CT loadouts. Cheers!

kelly  [author] Apr 3 @ 2:33am
Assorted Military Gear is a different mod under my profile.

. I no longer have Arma 3 installed and updates to this mod will be few and far between. Sorry, I work a lot and don't have the dozens of hours each week to spend in Arma anymore. Updates will still happen, just not as much as before.

Dippy Mar 23 @ 1:38pm
Hey, love the mod, is there any chance we could get the MARPAT variants with the US flag or patchless? Thanks