Greenlight > Games > The Game Kitchen's Workshop
Greenlight is being retired. For more information on how to submit games to steam, refer to this blog post.
This item has been removed from the community because it violates Steam Community & Content Guidelines. It is only visible to you. If you believe your item has been removed by mistake, please contact Steam Support.
This item is incompatible with Greenlight. Please see the instructions page for reasons why this item might not work within Greenlight.
Current visibility: Hidden
This item will only be visible to you, admins, and anyone marked as a creator.
Current visibility: Friends-only
This item will only be visible in searches to you, your friends, and admins.
The Last Door - Season One
Description Discussions4 Announcements10 Comments468 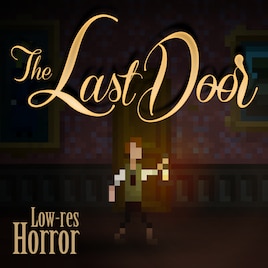 View The Last Door - Season One in the store

It's been a while but we are thrilled to announce that "The Last Door: First Season Collector's Edition" it's been released! :)

This edition includes the first four episodes (first season) and it features more than four hours of playable content (with exclusive new locations, scenes and puzzles) as well as enhanced graphics and visuals, new playable minisodes, a remastered soundtrack, achievements and much more. Amazing, isn’t it?

We can't find the words to express our excitement, mates!! :D

So yes! Hurry up and don't miss the best piece of "The Last Door" ever made! You can find the game on: GOG [www.gog.com], GamersGate [www.gamersgate.com]
and Steam and many more coming later today! :)

As many of you have probably read somewhere else, we have really good news to announce: we’ve reached an agreement with the recently funded Phoenix Online Publishing to publish The Last Door: Collector’s Edition.

It’s such an honour to work together with the award-winning developers (Cognition, The Silver Lining) who have decided now to increase their influence on the indie game market by introducing this new publishing label[www.postudios.com] in which The Last Door takes part now.

We feel ourselves really lucky to partner with a publisher like POS that seeks to bring indie-developed games that focus on rich storytelling and atmosphere to the worldwide market, and this philosophy perfectly matches the one behind our beloved game. Don’t you think? :)

And to do that, we need “The Last Door” to dress for a gala so we’ll create a special edition: The Last Door Collector’s Edition which will be available on Steam.

Check our the trailer HERE

Read More
Description
Give the game a try, it's free:
{LINK REMOVED}http://www.kongregate.com/games/thegamekitchen/the-last-door-chapter-1-the-letter
About the game
The Last Door is a point-and-click horror adventure, inspired by classic authors like H.P.Lovecraft and Edgar Alan Poe. It uses a very unique low-res visual style to force the players to fill in the details using their own imagination, and creates a very uneasy atmosphere throuh a carefully crafted sound design and an impressive orchestral soundtrack.

This game project started as an episodic web series. The first chapter was funded through a modest but successful Kickstarter campaign that took place in December 2012. After that, each chapter has been developed collecting donations from generous player's, which allowed us to publish the browser game for free in {LINK REMOVED}thelastdoor.com as well as many other popular flash games sites.

Due to the great success of the three first chapters of the game, which collected millions of plays and outstanding reviews (more than 4 stars out of 5 in most sites), we've thrilled to announce that we're working on a standalone special edition of the game, comprised of the first three chapters, compiled together with many enhancements.

The Story
The story follows Jeremiah Devitt, a University professor of Philosophy, who receives a distressing letter from an old childhood friend. Jeremiah returns to the manor of his friend to confirm his suspicions that something terrible has happened. He will have to explore the deserted mansion, seeking clues to unravel the terrible mystery behind his own past and the fate of those closest to him.

The Soundtrack
One of the game strengths if it's amazing soundtrack, composed by Carlos Viola, and carefully crafted song by song to drive the events in the game, and fully immerse the player in the game's narrative. You don't have to take my word for it, you can visit our Bandcamp site and have it a go: {LINK REMOVED}https://thegamekitchen.bandcamp.com. You won't regret it.

Media and Reviews
What the media says about the game:
"Love letter to Lovecraft." - Penny Arcade.
"Soon, I will stop trembling." - Gamezebo.
"The world, particularly the audio, has found its way inside my head." - Rock, Paper, Shotgun.
"While you can’t see the terror-stricken face of a dead body, you can imagine it, and I always find that to be much more horrifying." - Indiestatik.
"By the end of the adventure, I was literally on the edge of my seat." - True PC Gaming

Accesiblity
At The Game Kitchen, we take accessibility in our products very seriously, that's why we've already included several accessibility options in The Last Door:

We are looking to expand these in the standalone release.
< >
468 Comments

The Last Door - Season One has been Greenlit and is now listed in the Steam store. For the latest information, purchase options, and discussions for The Last Door - Season One, please see it on the Steam Store or in the Steam Community.
Visit Store Page
For more details Visit Community Hub
For latest discussions
If you really, really want to, you can continue to the Greenlight page. Information on this page may be out of date, since all the action has moved to the areas noted above.