Store Page
Call of Duty: Black Ops > Guides > Clippy95's Guides
This item has been removed from the community because it violates Steam Community & Content Guidelines. It is only visible to you. If you believe your item has been removed by mistake, please contact Steam Support.
This item is incompatible with Call of Duty: Black Ops. Please see the instructions page for reasons why this item might not work within Call of Duty: Black Ops.
Current visibility: Hidden
This item will only be visible to you, admins, and anyone marked as a creator.
Current visibility: Friends-only
This item will only be visible in searches to you, your friends, and admins.

Step 5: INFINITE ROUND, MINES WITH TIMER

My Video, map link, and credits.

Comments
Step 0: Valves!
There's 3 Valves near the speed cola machine these can be moved, and they need to be moved in a certain number 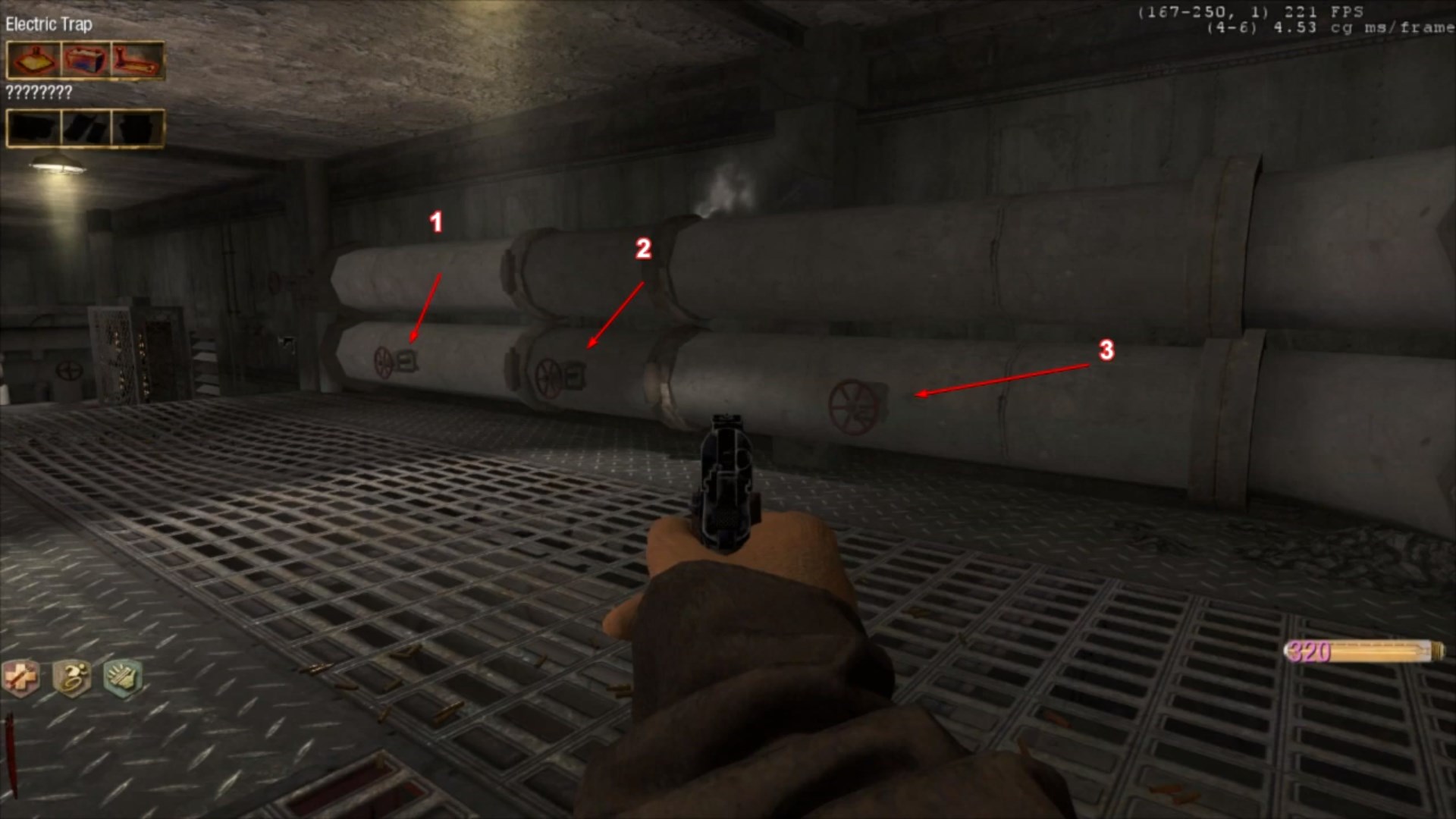 There's also 3 numbers around the map which changes each game

Number 1: Next to PHD 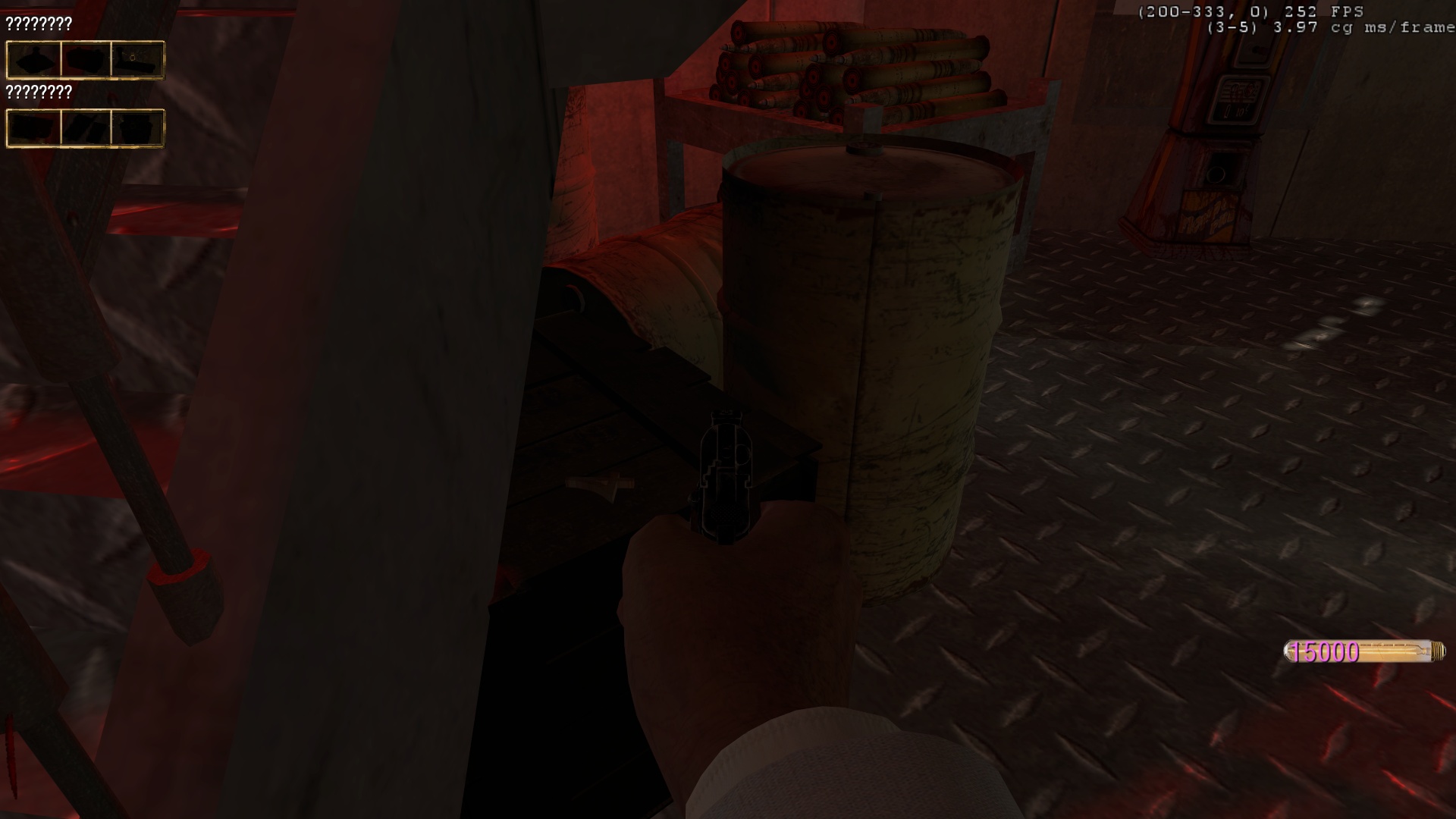 Number 2: which is next to the bar wallbuy 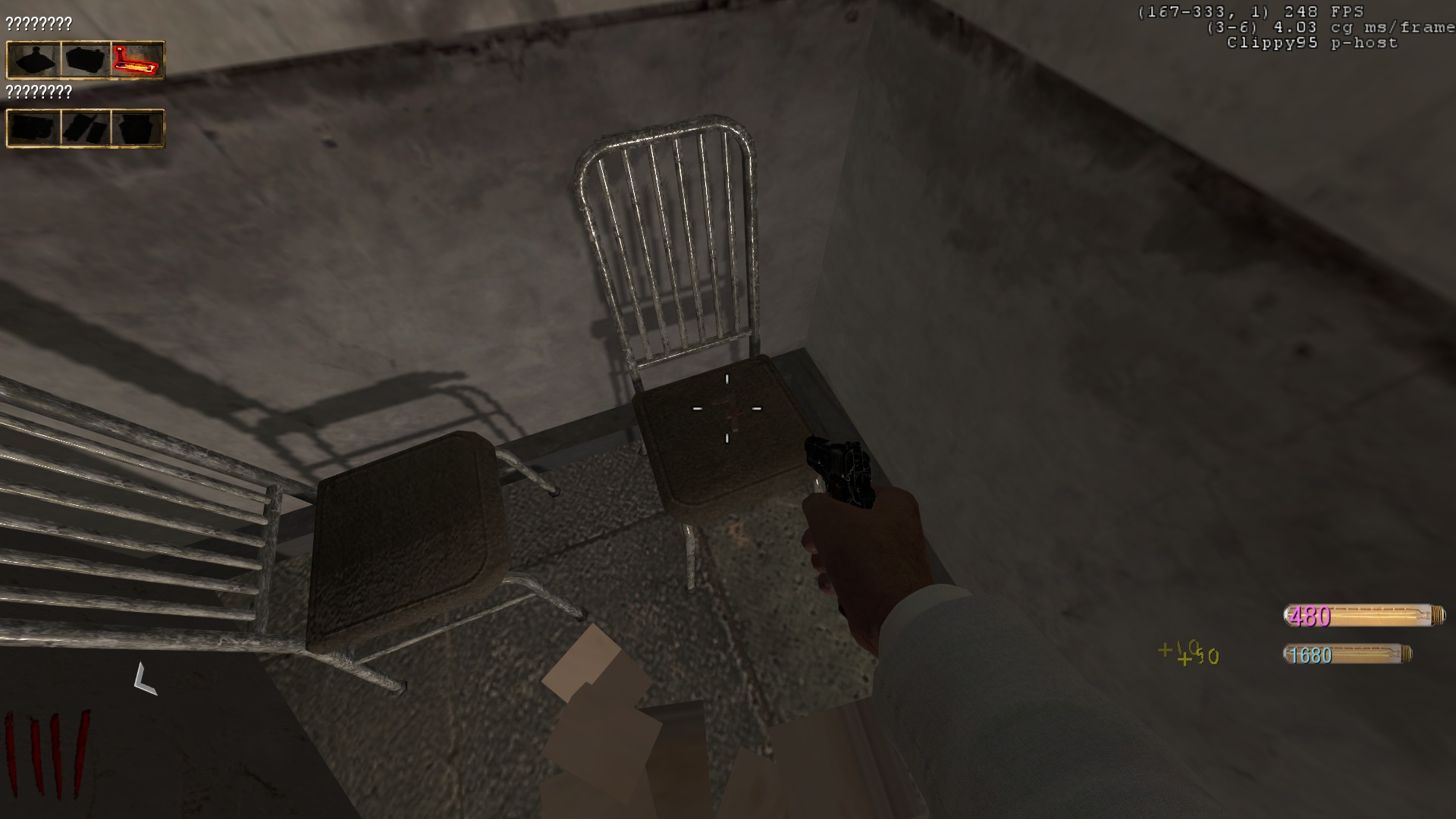 Number 3: in front of Speed Cola, near the panel. 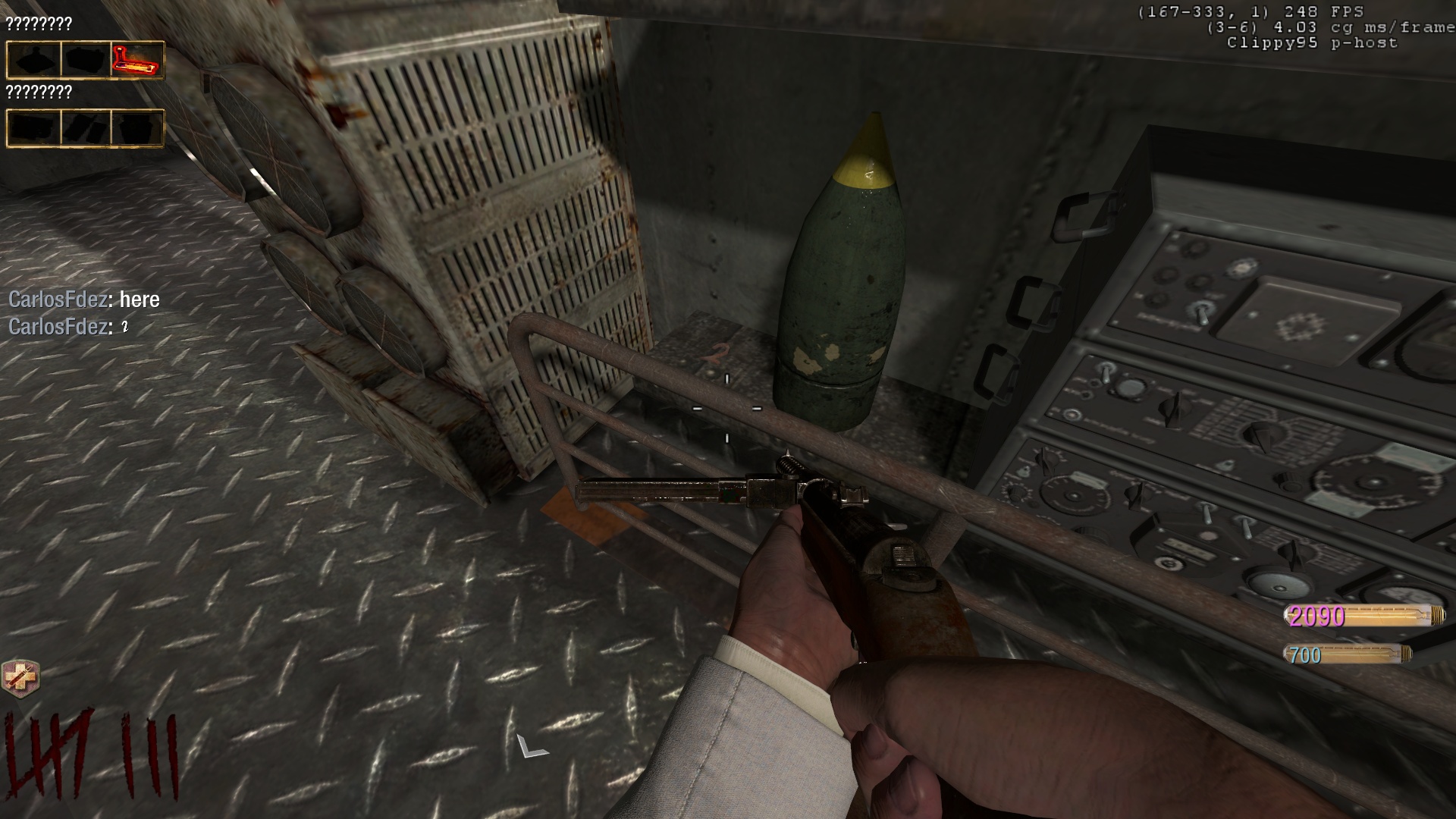 Find all of the numbers, and twist the valves depending on the numbers you got! after that prees this Russian Button 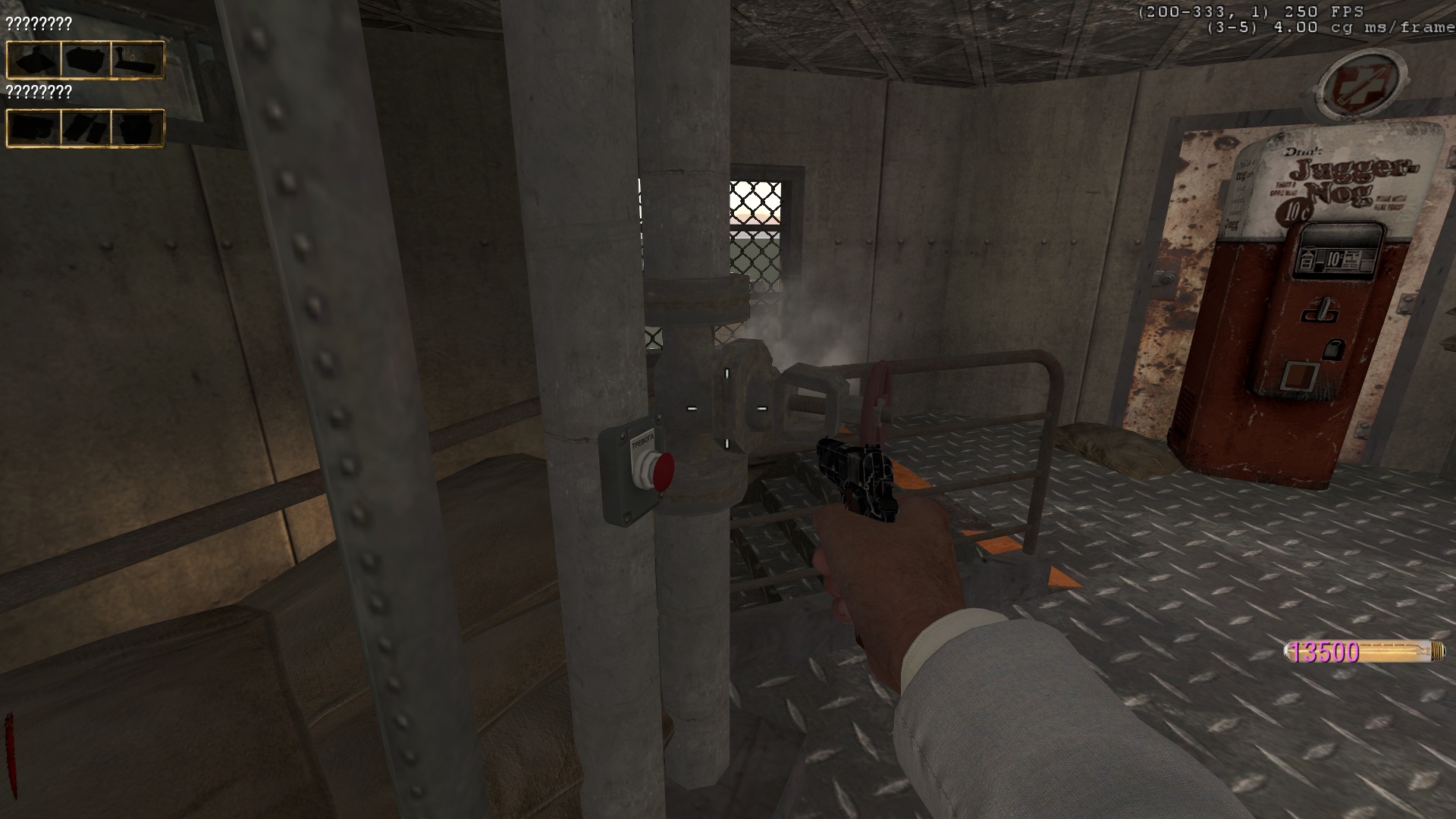 Step 1: Panzer's Key
Wait until a panzer spawns, kill it and it'll drop a key, pick it up!

Go to the room below the second teleporter and you'll find this, interact with it! 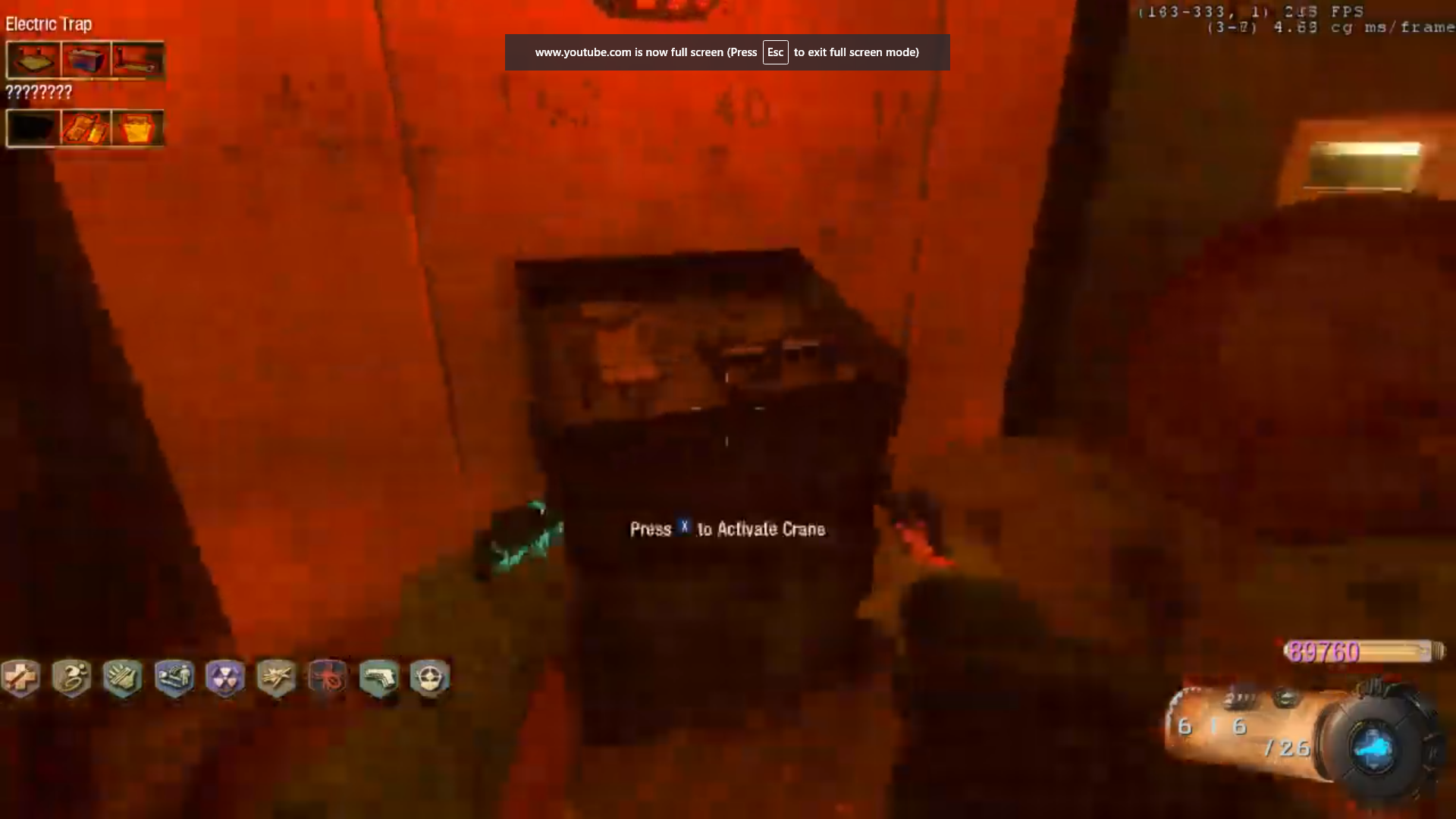 All of these panels have a number above them, you need to enable them in an order which is 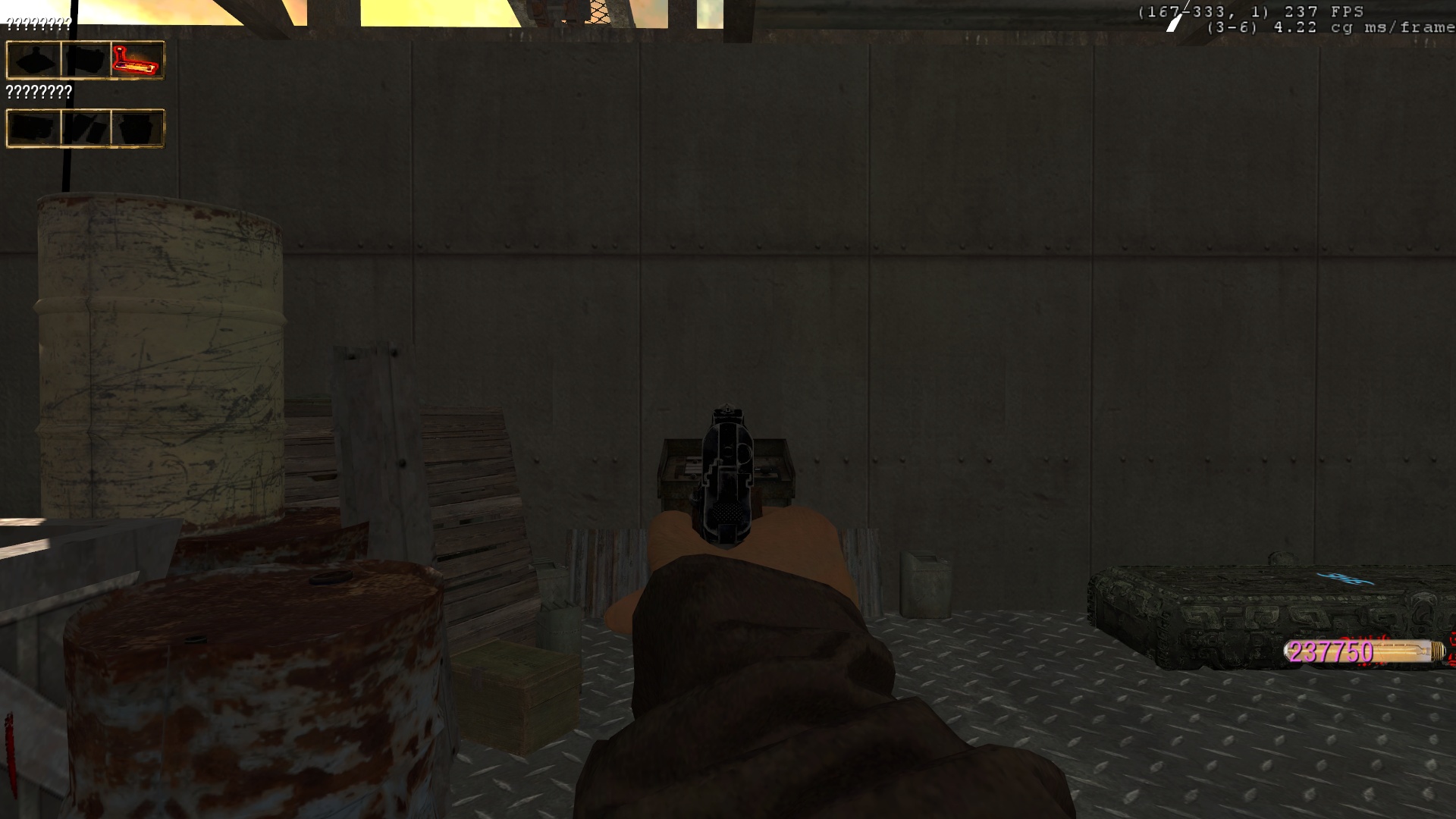 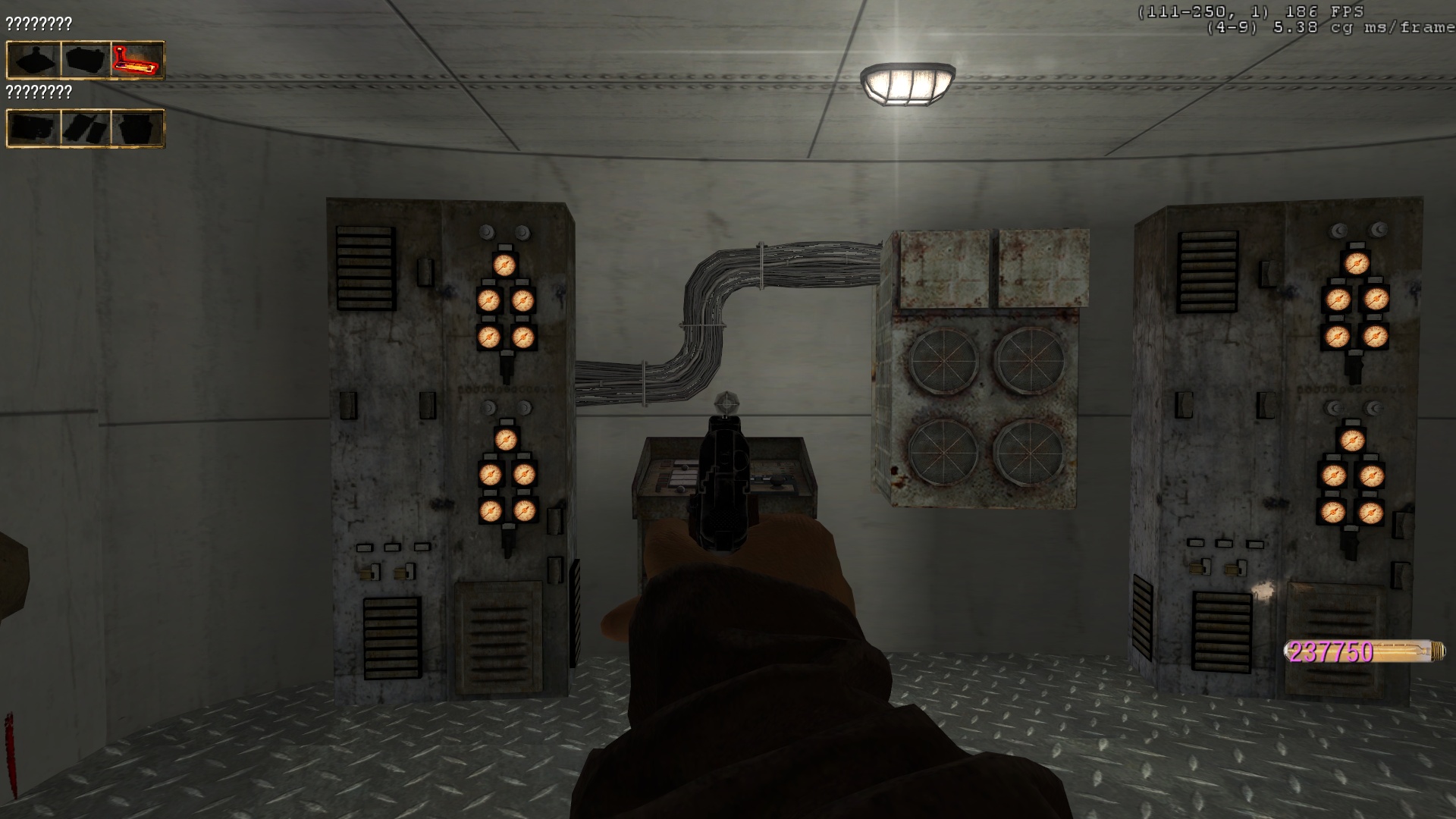 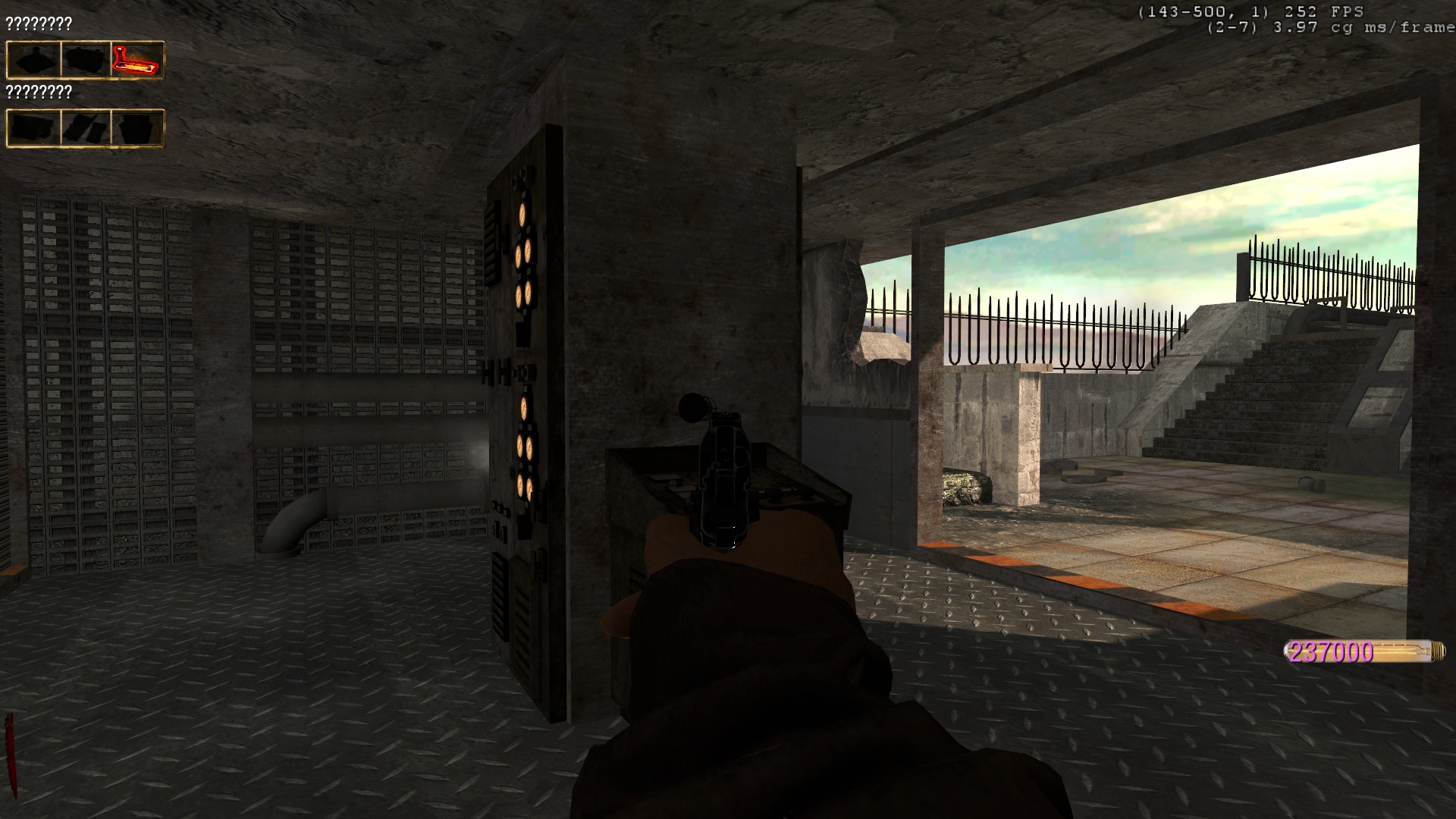 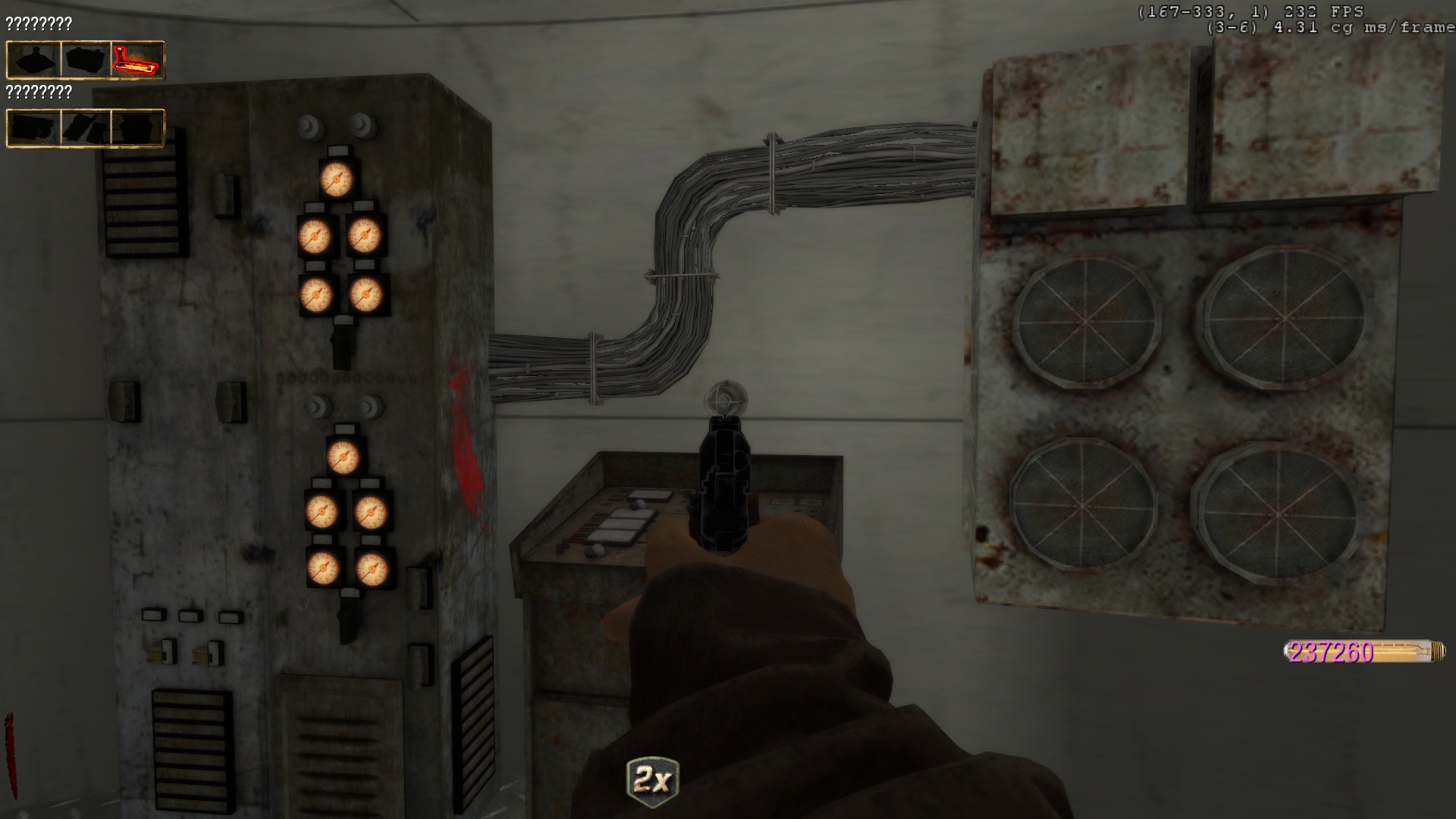 Step 2: Panels, Missile!
Return to the area where you activated the crane, you'll be able to use and get a Missile

Take the missile and you'll being moving at 50% of the normal speed, with no sprinting and Dogs will spawn forever!

You'll have to Escort the missile to a place, these places can be checked before-hand 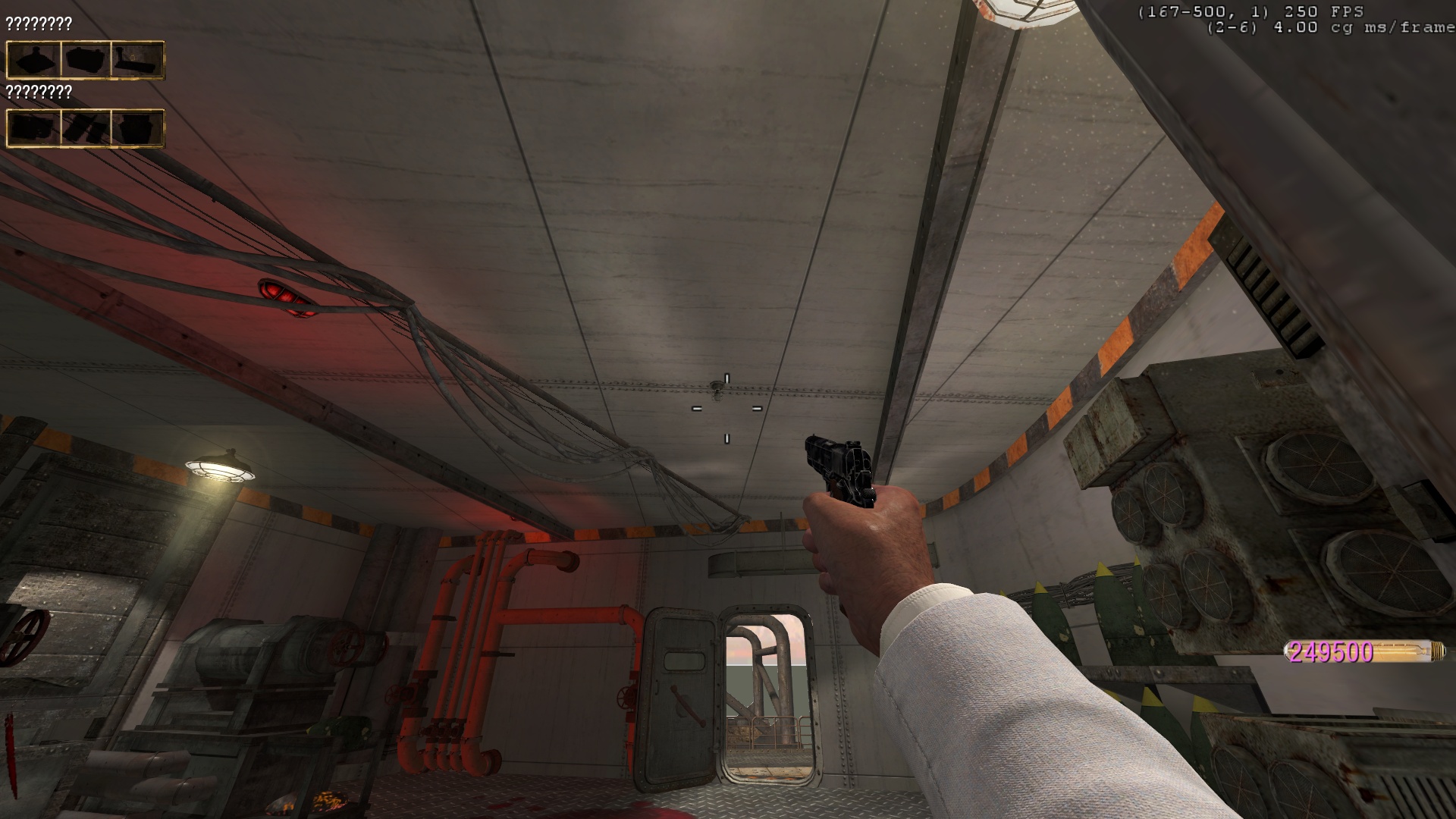 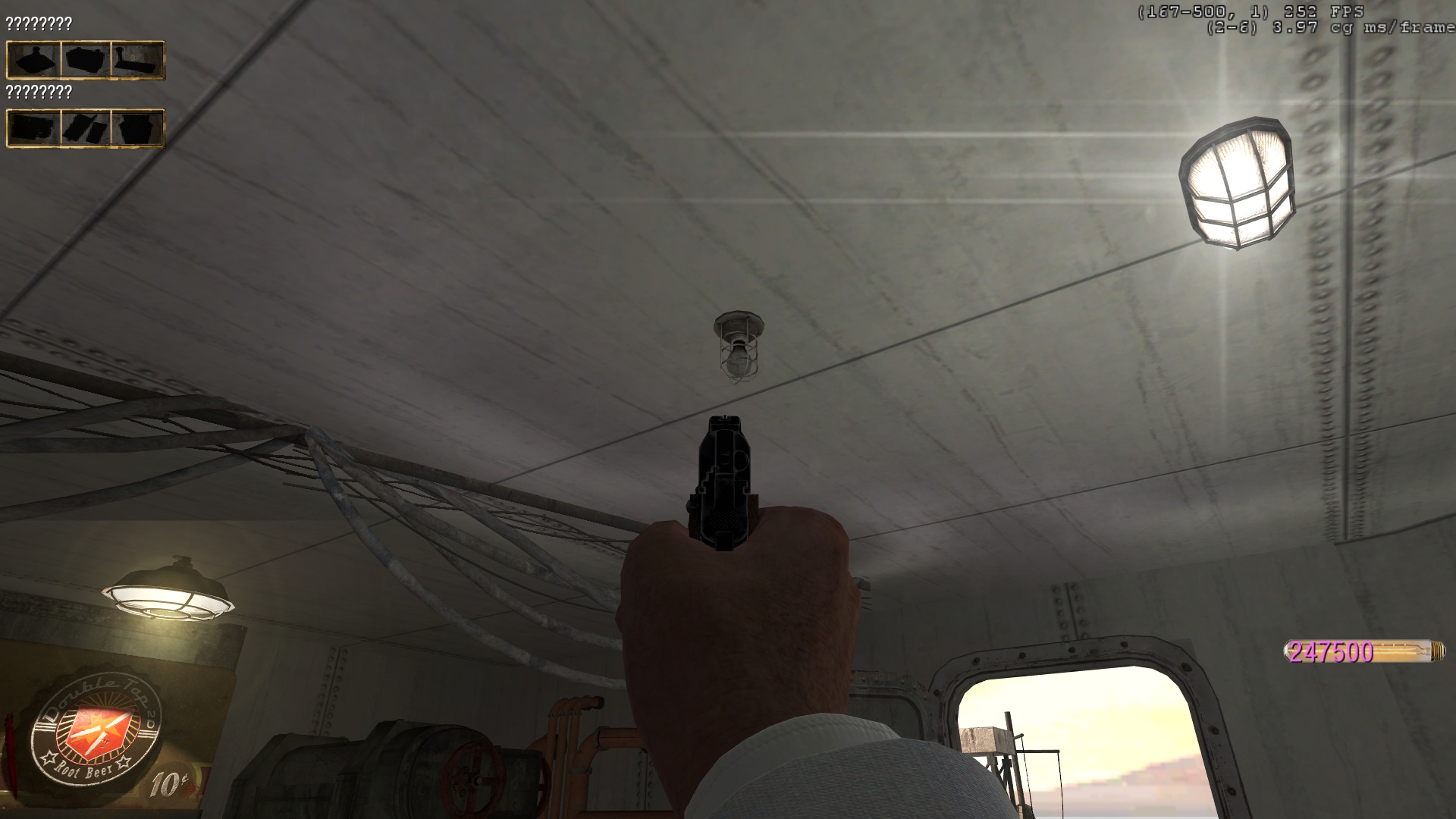 If the light is green, that means you have to place it in that room, just keep looking to find the hintstring.

After that wait a round, then go near the box that is next to Electric Cherry, and look up, there will be a seagull, kill the poor thing,

and it'll drop a pair of binoculars 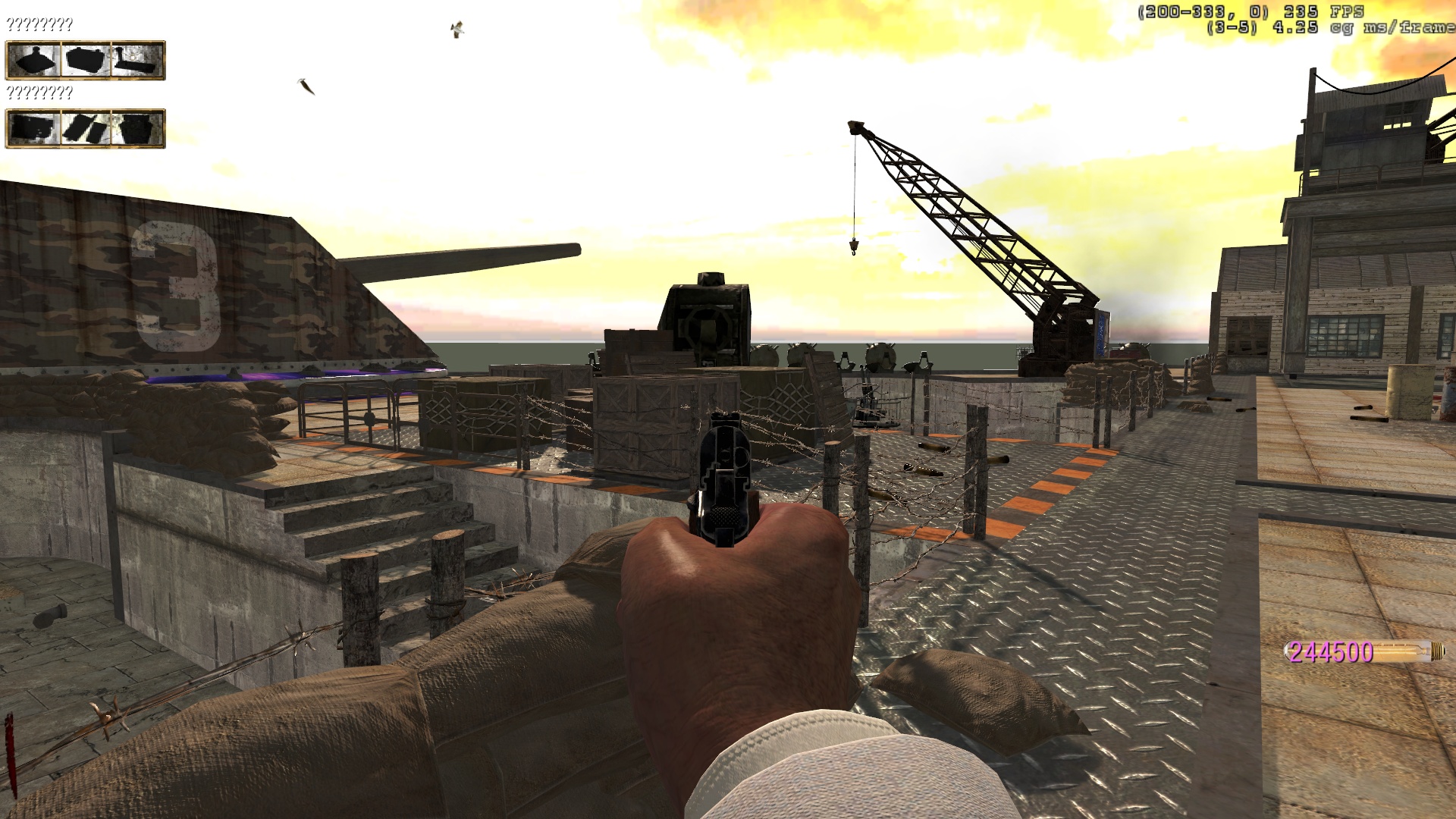 After destroying it 8 Panzers will spawn, kill them.

Don't worry if you use the missile, you can re-do the crane step to get it back!
Step 3: NEVER FORGET
After killing the panzers, wait in that same area, you'll see an airplane fly above you

Blow it up with a Panzerschreck or the M32 Grenade Launcher, Ray Gun Mark 1 works too.

After that the plane will blow up, it'll drop a fuse depending on where you blow it up, pick it up! 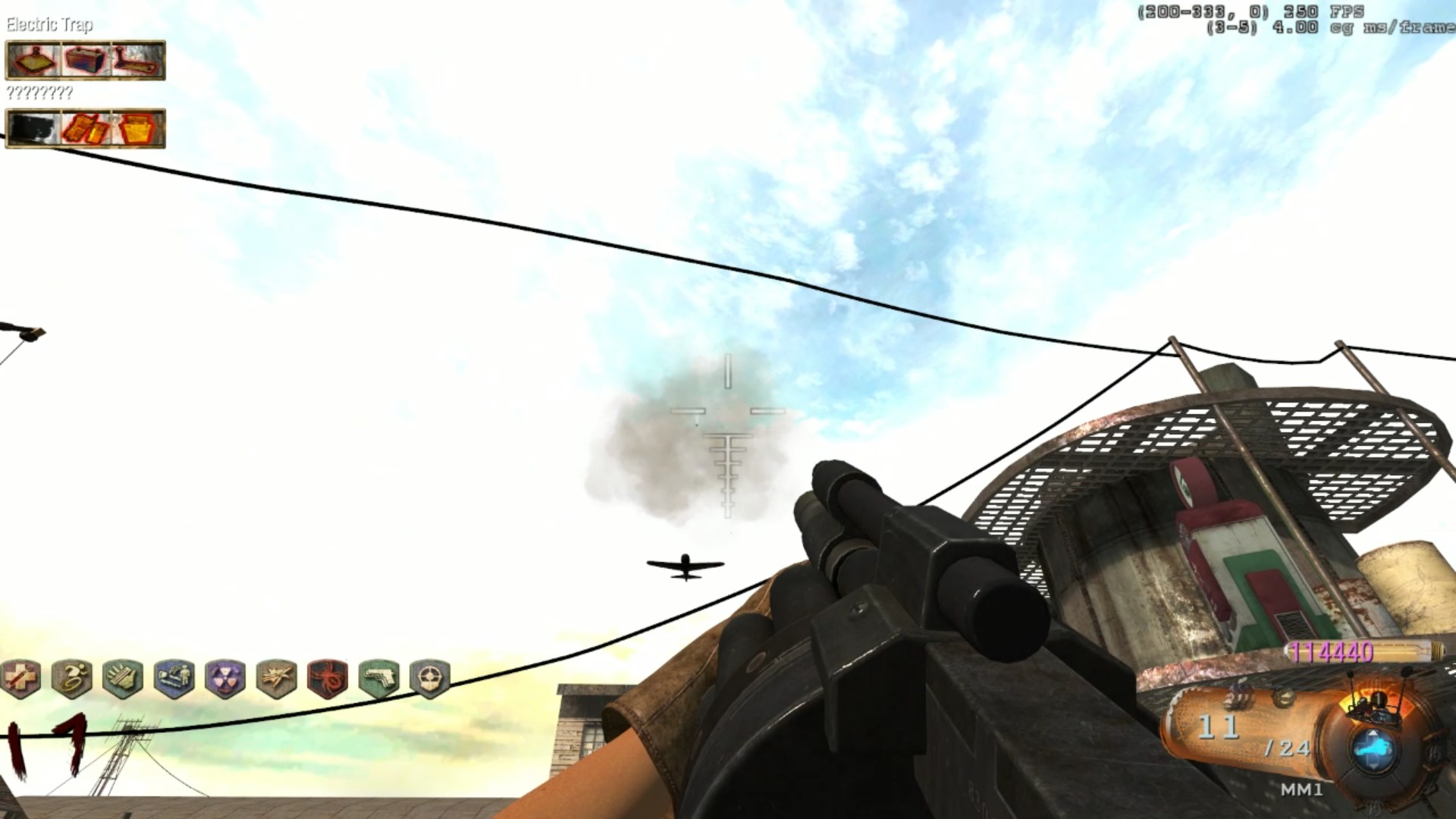 After that go back to the secret elevator area and put the fuse in, you'll be able to go down in the secret area. 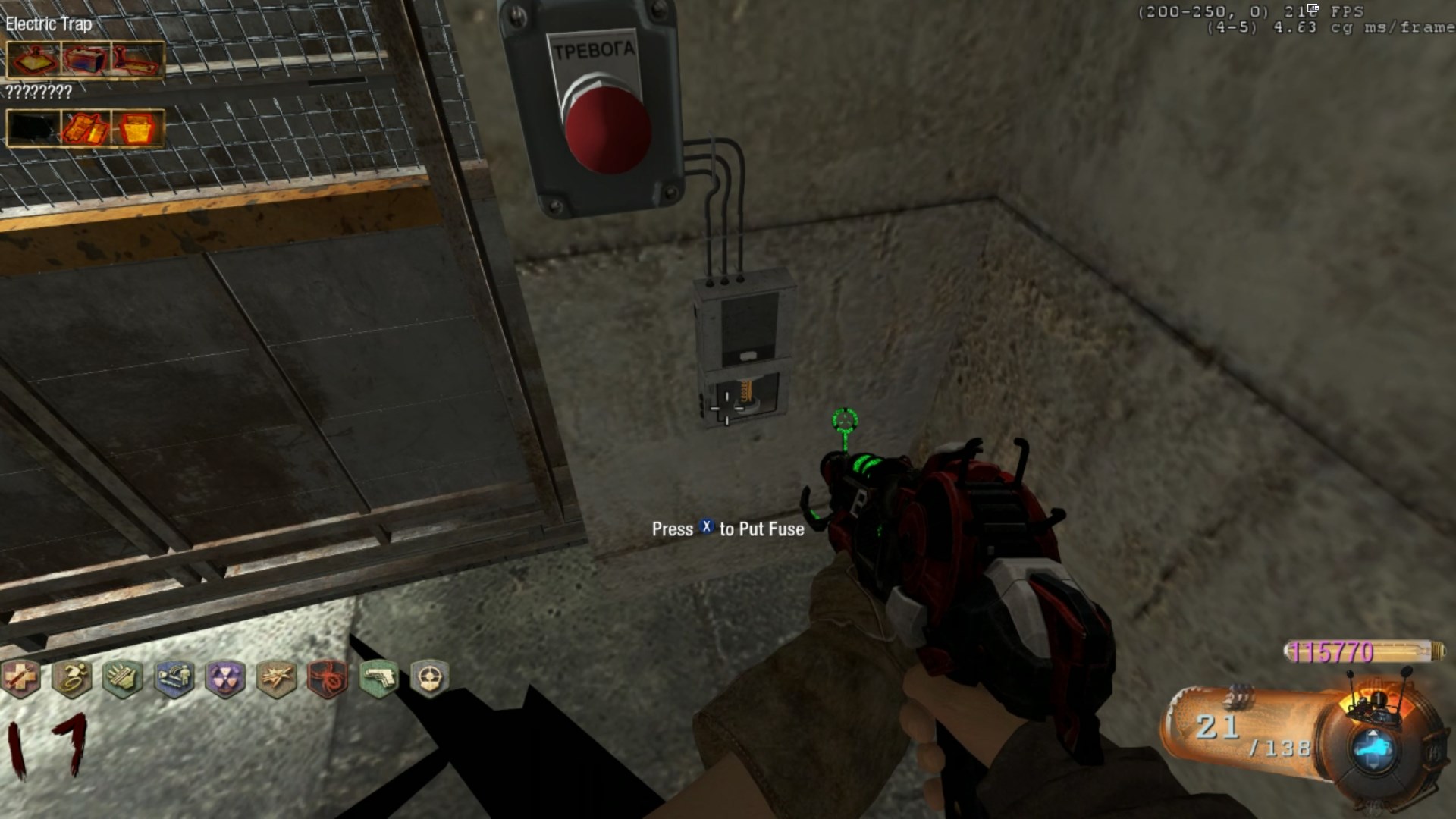 Step 4: Panzer Mech.
After doing the previous step, it'll spawn 8 panzers kill them..
Now you have to get the Panzer Suit to get it teleport to PaP and go to the dead thief, you'll find a part on him take it. 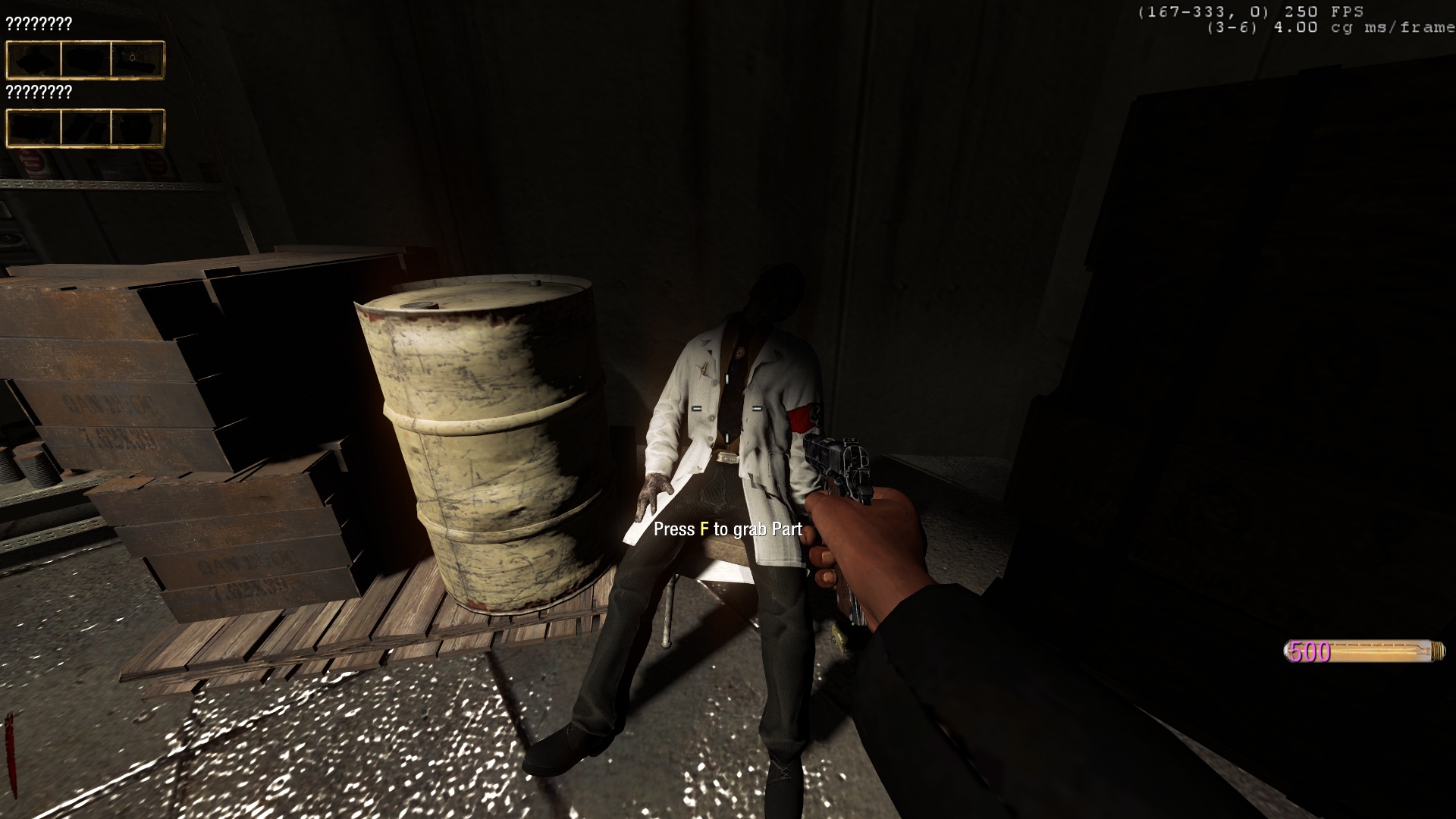 Now on a Thief round let the thief take your weapon, make sure power is on and do not damage at him at all, he'll go in the power room and die, he'll drop a part, take it!

Next part is some what harder to get, you need to have the trap built and electric the thief, after that he'll have an FX around him just kill him.

now there's gonna be 2 FX around the map one in the power room, the other one in Jugg Telepad

Upgrade the laser gun, and use the ball on both of those FX, easiest way is from Jugg to Power 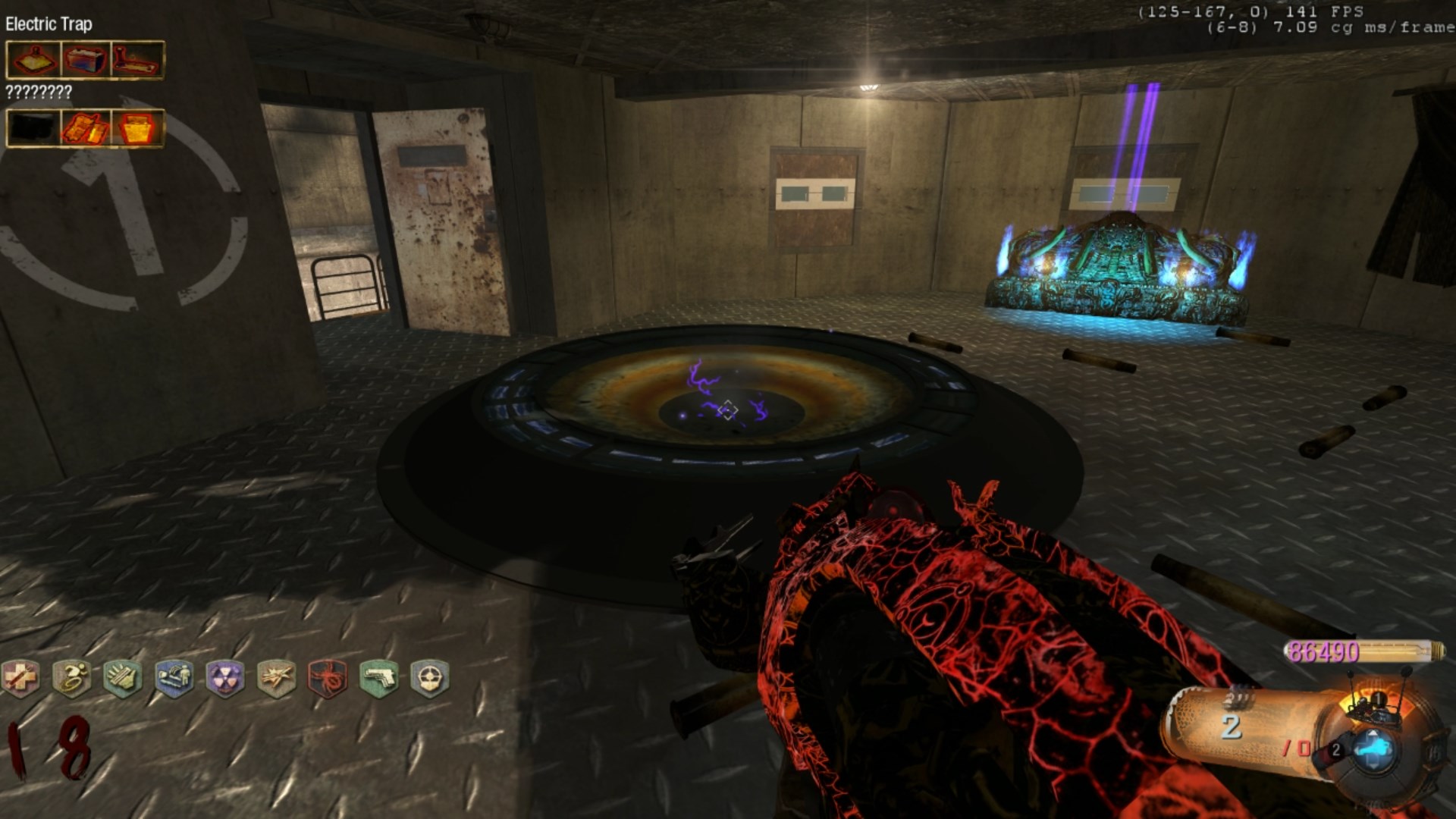 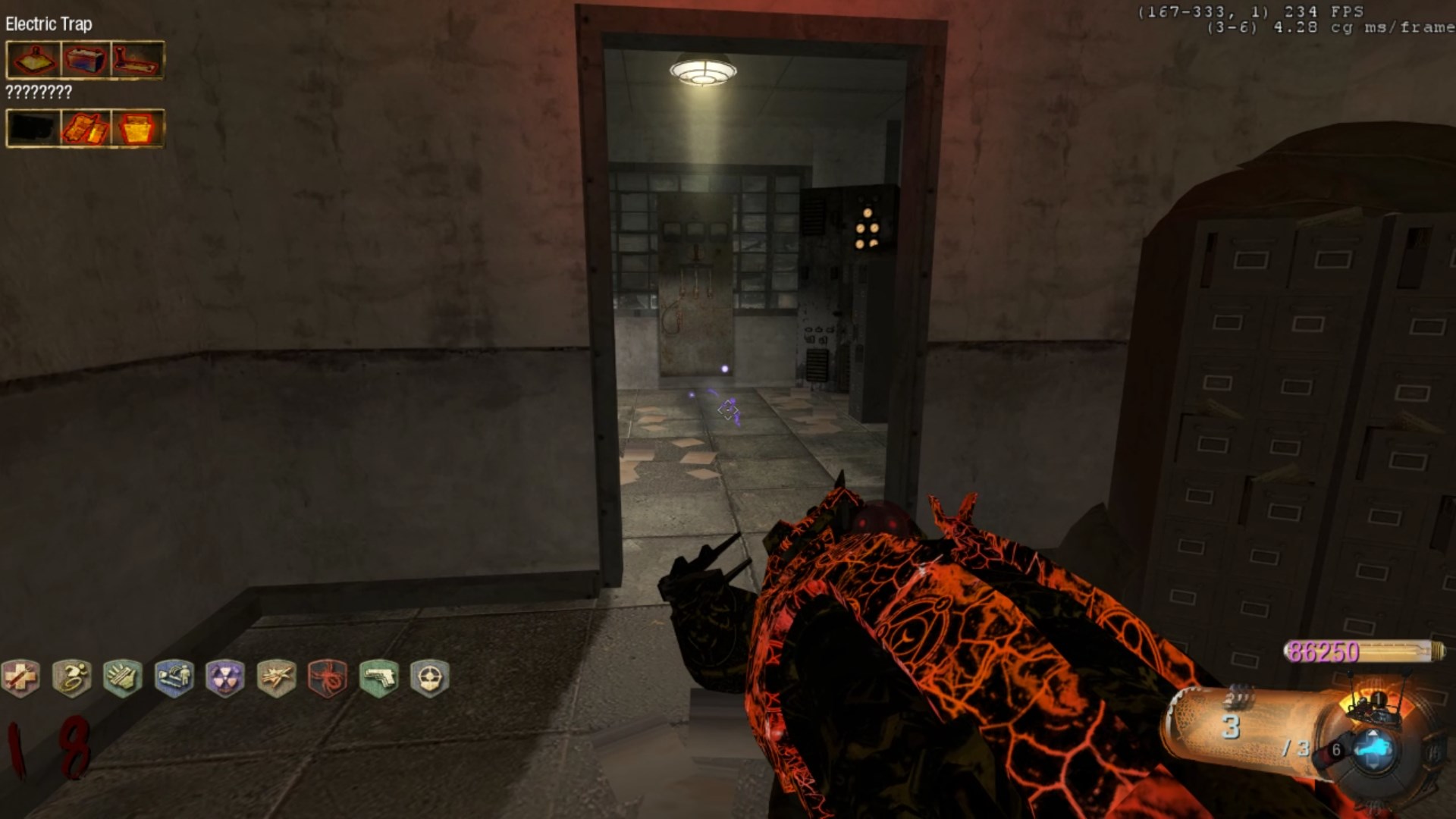 There's a timer, if you fail just re-do it, you'll know if you did it if the FX disappears.

Then teleport to Pack A Punch, mini cutscene will be playing go up to the thief and take the part. 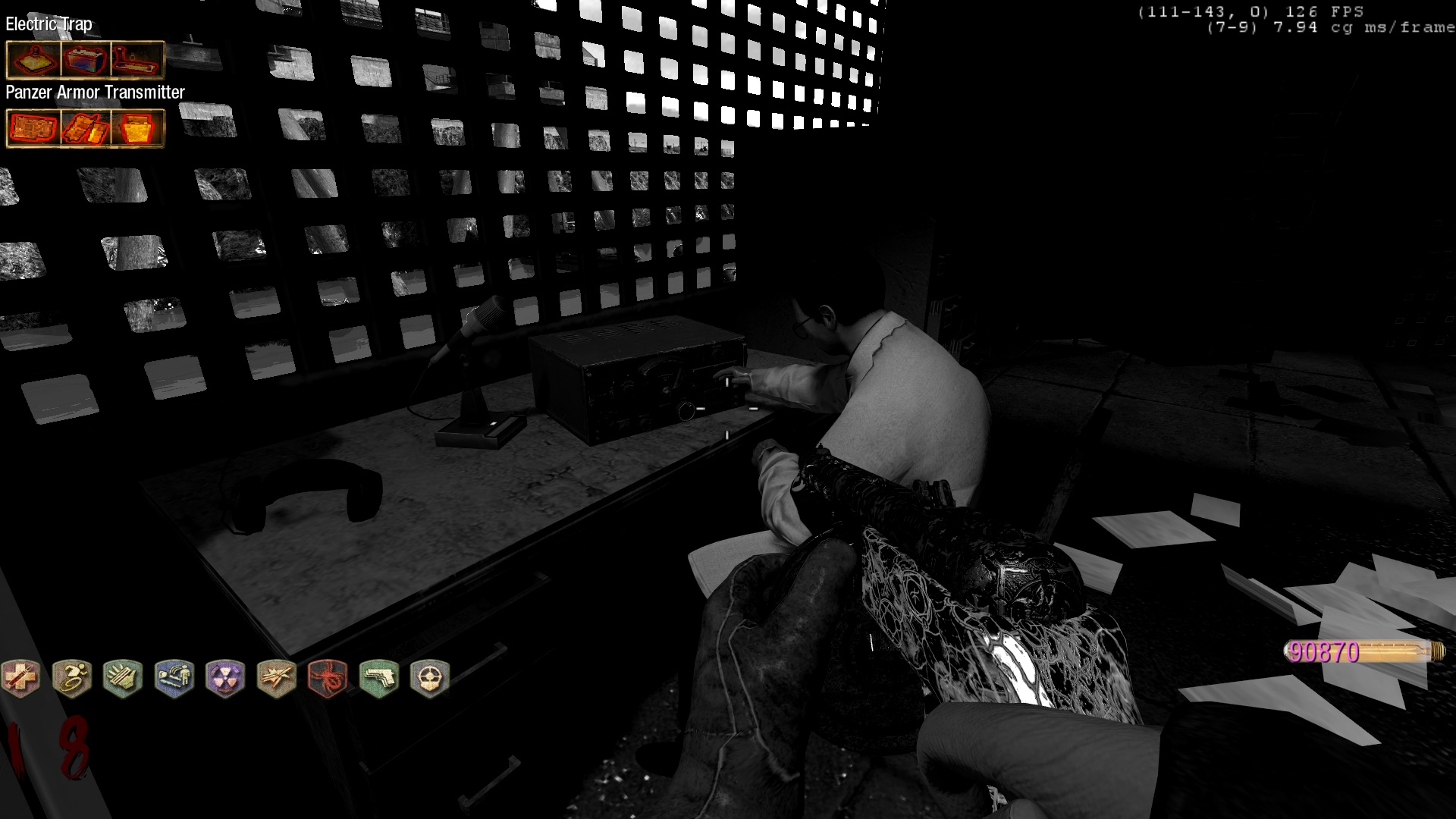 Step 5: INFINITE ROUND, MINES WITH TIMER
Call in the Panzer above ground, get in the mech suit, and go down in the secret and wait right on this door.. 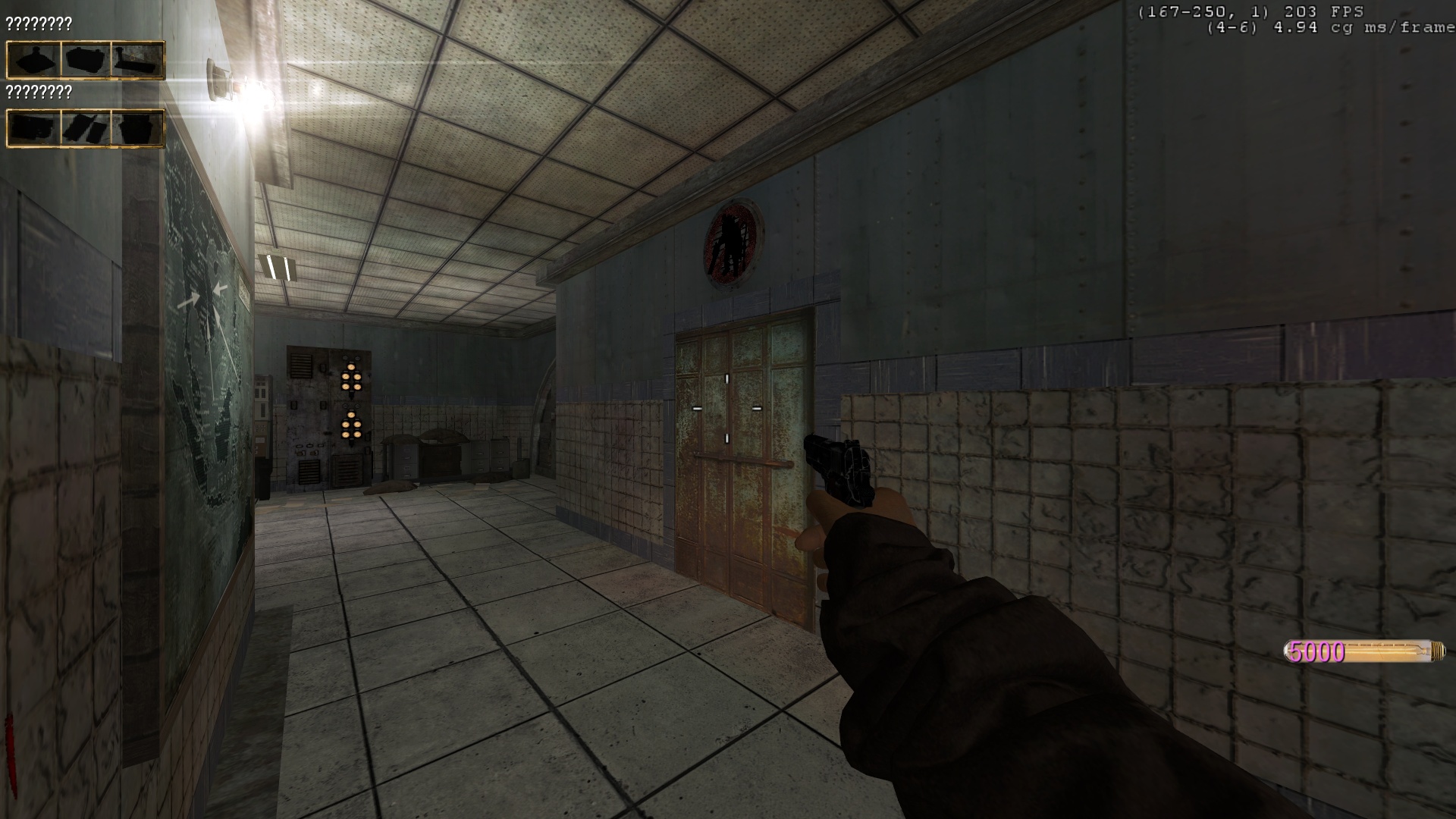 Like usual after a couple minutes you'lll get a prompt to eject out of the suit, quickly do and get away from it, it'll unlock that secret door!
get in the secret room, and interact with this mic 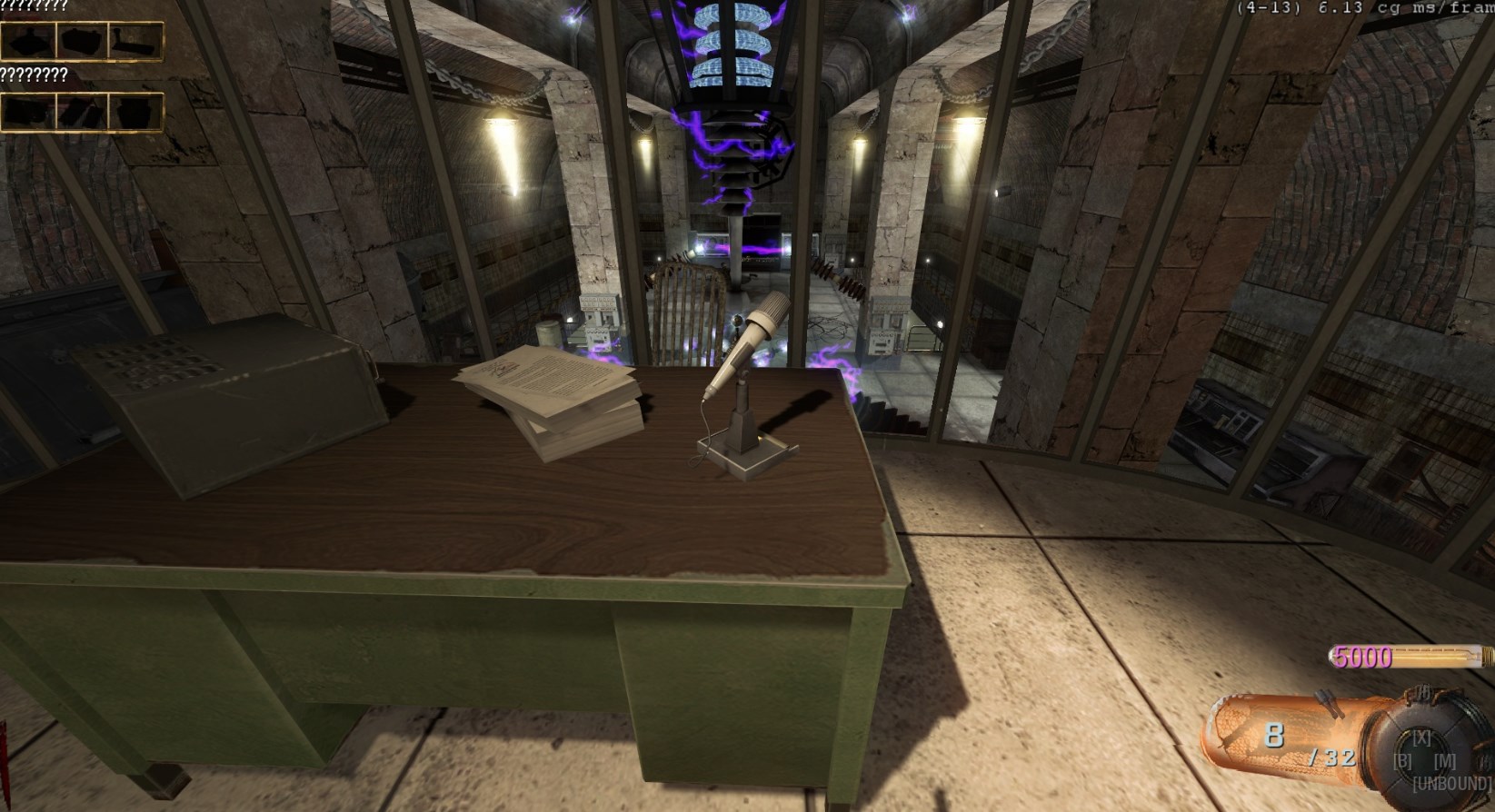 it'll enable a timer and you'll have to go above ground and shoot around 6 mines, you'll know if you got them if all of them explode when you get the last one, the mines are random, and this step can be only done once per round, and dogs will spawn during this step until you finish / fail it. 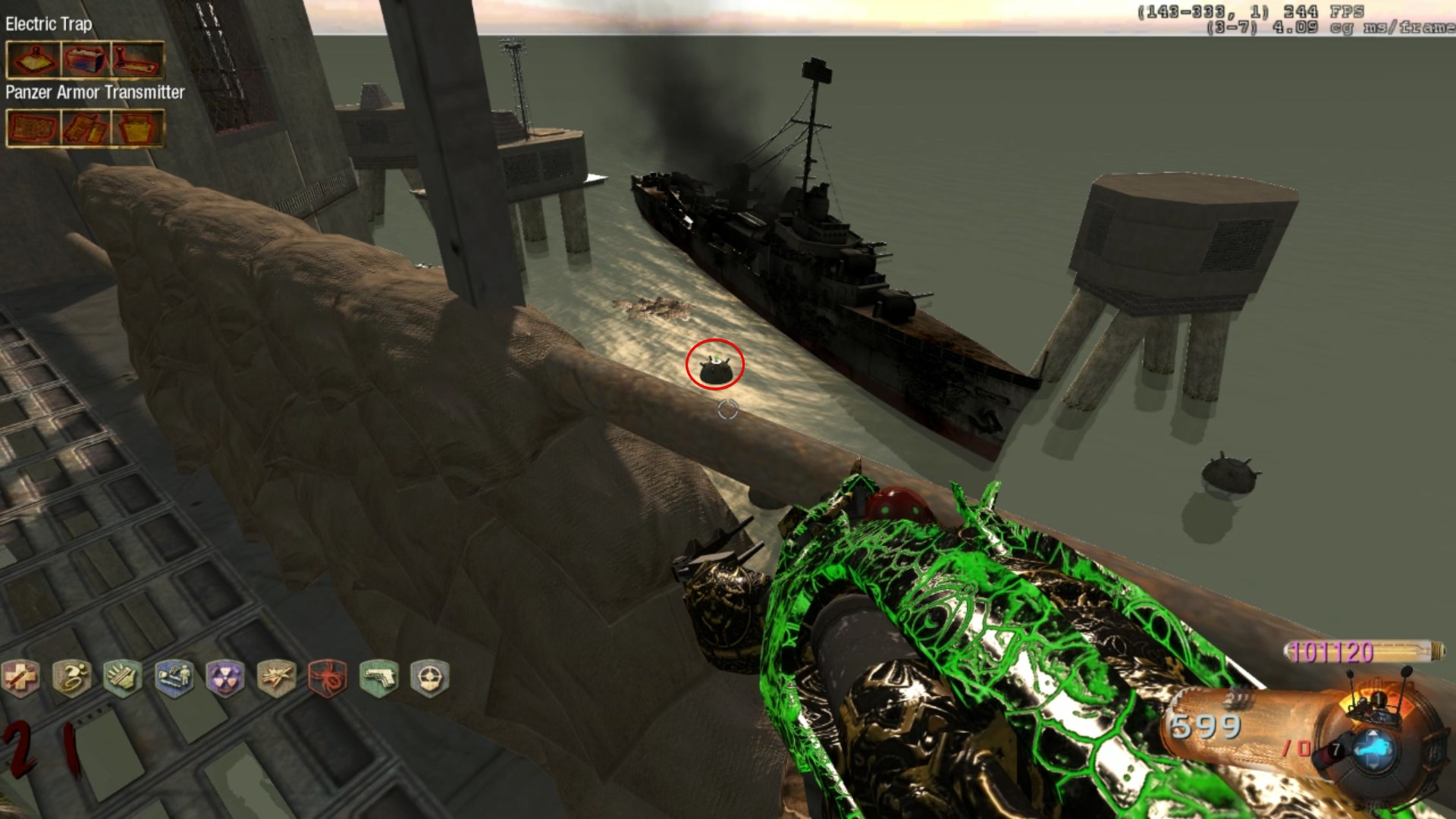 Step 6: Freedom!
After all of the mines have blown up, get back down in the secret room and interact with the mic again, it'll move the Summoning Key, allow you to pick it up, take it. 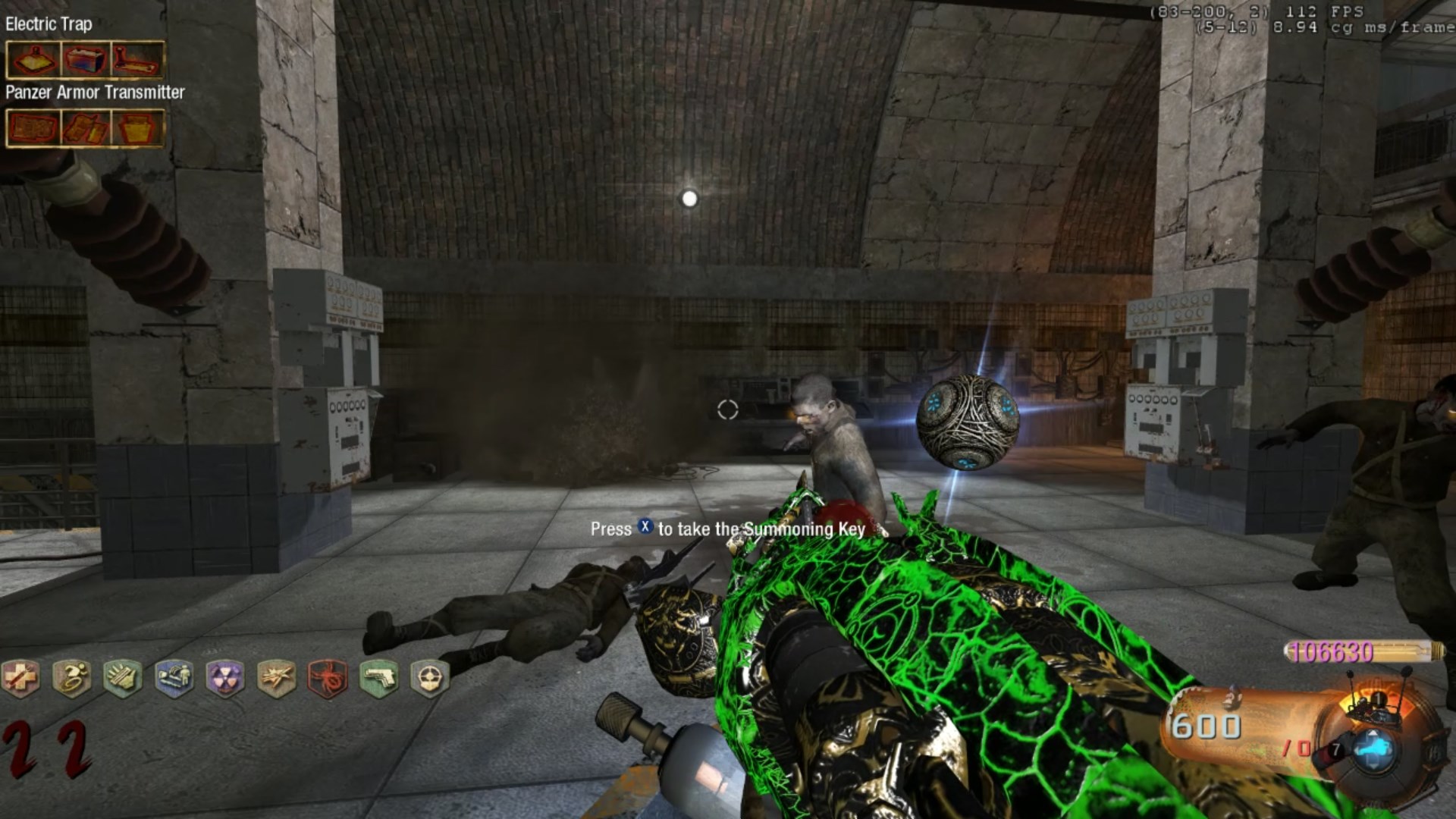 After that look behind you and place the Summoning key here, it'll move the submarine allowing you to get in it, and enter the boss fight. 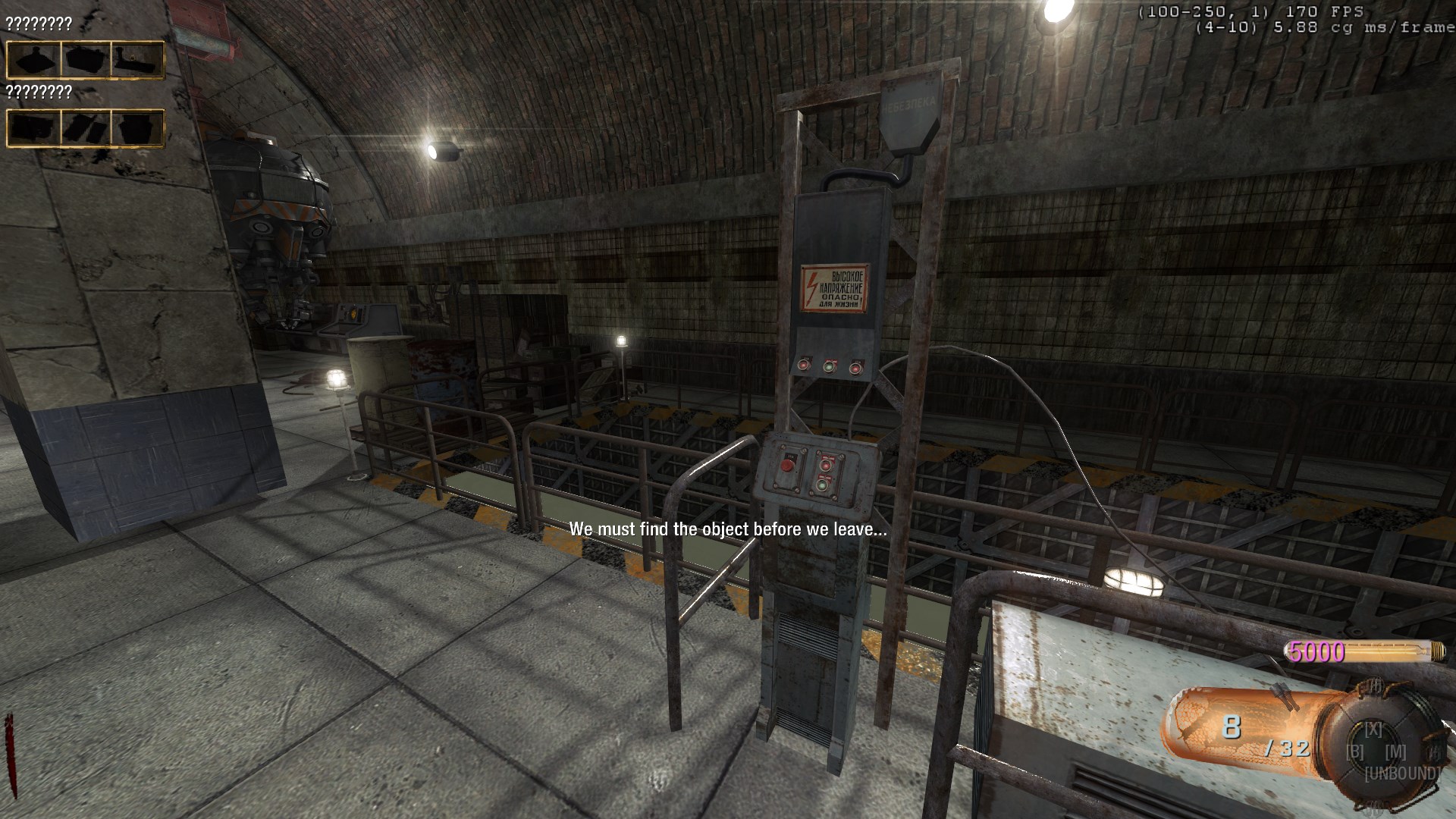 Step 7: Apothicon Boss Fight
Not much to say other than make sure you have at least one missile ready ( You can re do the missile step at any round ) if you're doing this in CO-OP i'd recommend for the whole team to get it if possible as i haven't tested coop.

Electric Trap parts locations
IN THE WORKS - IN THE WORKS
My Video, map link, and credits.

Thanks to Carlos for CO-OP hunting this with me, we are also the first to complete this
Thanks to Gogeta for this map and hints, and accepting my work on the map.
Thanks to notepad++

( Others have published videos of them completing it, but we are the first proven by Carlos helping those people ;p )
< >
9 Comments

no_one Jul 23 @ 9:34am
lets say with the valves you spin them twice then come back after a minute. do you have to redo the sequence or start from where you were?

scripter04 Feb 12 @ 12:18pm
hello man can i have your mod menu that you are using in your video please

Clippy95  [author] Oct 22, 2019 @ 5:57am
Also let's just hope that big youtubers can now link to this guide, instead of saying they were the first at completing such a thing