Store Page
ARK: Survival Evolved >  Workshop > Professor Cupcake's Workshop
This item has been removed from the community because it violates Steam Community & Content Guidelines. It is only visible to you. If you believe your item has been removed by mistake, please contact Steam Support.
This item is incompatible with ARK: Survival Evolved. Please see the instructions page for reasons why this item might not work within ARK: Survival Evolved.
Current visibility: Hidden
This item will only be visible to you, admins, and anyone marked as a creator.
Current visibility: Friends-only
This item will only be visible in searches to you, your friends, and admins. 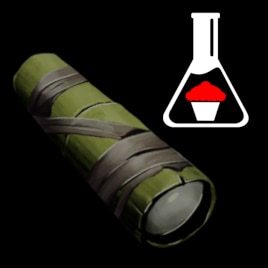 This item has been added to your Subscriptions. Some games will require you to relaunch them before the item will be downloaded.
In 1 collection by Professor Cupcake
Cupcake's Mods

3 items
Description
Yet another spyglass mod. Also binoculars and scopes.

Just looking for the controls? See this guide.

Adds several new tools for better observation of the environment and dinosaurs. Most of these are upgrades to previous versions (e.g. the variable spyglass is an upgrade to the spyglass), requiring the previous version as part of its crafting recipe.

This mod is also open source. Public repo here, which will be updated with every live release: https://github.com/ProfCupcake/CupVision-public

Quick-Fire Feature List:
- A spyglass with adjustable zoom
- 4 versions of binoculars, the last of which will allow you to see dino stats, has night-vision, and has a dino detector (as in the TEK Helmet)
- 2 attachable upgrades for the binoculars, which can either upgrade the night-vision or replace it with the Snow Owl's Predator Vision
- An advanced scope which allows you to see dino stats with a weapon (also has adjustable zoom)
- An advanced holoscope, for short-range weapons
- An ocular implant, so you can have all this stuff projected directly onto your retinae
- 3(-ish) different Stat UIs to choose from

An upgrade to the spyglass which allows you to zoom in/out via the scroll wheel.

Unlocked at level 20 for 6 Engram Points.

The version 1 binoculars are just the standard Tek Binoculars, as featured in several other mods, with the weird audio listener function disabled and the zoom improved. Features a built-in compass, rangefinder, target coordinates, and variable-zoom.

The version 2 binocular upgrade adds the dino stat display, showing you all the stats and level-ups of any creature you target. There are two display formats available, which you can select by pressing SHIFT+P when holding any of the binoculars. You can also (un)lock the current target by pressing your HUD info key (default H).

This version adds night-vision, toggleable by pressing the "fire" (default LMB) button when looking through the binoculars.

An attachment for either the v3 or v4 binoculars. Changes the night-vision to the more advanced version, removing the glare from bright light sources.

The final upgrade, this adds a creature detector like in the TEK Helmet. It is toggleable by pressing the "alt-fire" (default CTRL) button when looking through the binoculars.

An attachment for the v3 and v4 binoculars that swaps the night vision for predator vision.

A scope that features variable-zoom and a dino stat display. Supports the simple pistol, longneck, assault rifle, and sniper rifle.

A holoscope which features the dino stat display. It does not have a variable zoom, however it does show a crosshair and stat display even when you're not looking through the sights. Supports the fabricated pistol, pump-action shotgun, and assault rifle.

A high-tech implant, allowing you to use the dino stat display without any equipment. Also includes the creature detector and night vision, with further upgrades available via the binoculars attachments (see above).
Be warned: installing the implant hurts! Turns out you can't just jam things in your eyeballs without consequences.

Planned Features:
- Advanced Scope v2, which will add night-vision and a creature detector.
- Maybe a display of the absolute damage too, as soon as I can figure out how you even find the damage for creatures.
- More UI options; the next one I'm working on is one styled like HLN-A's scans
- Maybe different scope reticle options?
- Display owning player; backend for this is done, I just need to add it to the UI
- Maybe display stats for structures too. This will require a big rewrite so it'll take a while if I ever do attempt it.
- At some point I'd really like to try rebuilding the binoculars "from the ground up", to try to properly get rid of the annoying vanilla features that I currently have disabled via awkward workarounds.

Known Issues:
- No way to change zoom level or use the ocular implant with a controller.
- If you open the emote and/or whistle wheel (or most other interfaces that don't disable game input or automatically unequip your weapon) while you have the binoculars equipped, you won't be able to use it. If this happens, just unequip the binoculars. This may be unfixable.
- If you have the ocular implant installed, the stat UI can appear over the top of other menus
- There are several other items that use the stat UI, but only the binoculars allow you to open the config menu to change it
- If you change your stat UI selection while the ocular implant's is enabled, it will not be immediately updated. To update it, just turn it off and on again.
- If you mount a dino while holding the binoculars, you will be automatically put into aim mode but the stat UI (etc.) won't activate. To fix this, unequip and re-equip the binoculars.

With thanks to...
orionsun, for the open-source Super Spyglass, on which this is based.

The mod SelVision. This mod started as an attempt to re-create SelVision after it was removed from the Workshop.

You, for liking and/or favouriting this, like the good little subscriber that you are. You did do that, right?

If you enable NTFS file compression on Ark, it reduces the size of ark by quite a bit. For me it went from 408 GB to 248 GB. As long as you're not running on a potato you shouldn't notice any performance issues.

ARK is fucking huge. Having it and the devkit installed takes up a quarter of my drive space. Sometimes I want to do other things, y'know?

What's currently there should still be fairly functional.

With this comes the ability for the UI to display the listed diet of the targeted creature. For most creatures, this can be found dynamically just fine, but some of them don't have this field set (e.g. the rock elemental). For those, I have an override system set up, and have manually gone through and added the relevant creatures and their proper diets. However, I might have missed some, so if you do spot anything with an incorrect diet listed, please tell me and I'll add it.

In future, I'll have it set up to use a config entry, so that it can be customised on your end (which will also allow you to add mod creatures to it). For now, it's just hard-coded.

I think, if I were to implement that, I'd keep the spyglass as-is. I do like the thought of adding a bit more to the v1 binoculars since, at the moment, they're really just a more expensive spyglass.

I plan to add the GPS coordinates to the v1 binocs soon (currently, they're tied in with the dino stat display, so it needs a little bit of rejigging), so I think I'll investigate possible implementations while I'm on with that. No guarantees though.
< >