Greenlight > Games > Mighty Menace's Workshop
Greenlight is being retired. For more information on how to submit games to steam, refer to this blog post.
This item has been removed from the community because it violates Steam Community & Content Guidelines. It is only visible to you. If you believe your item has been removed by mistake, please contact Steam Support.
This item is incompatible with Greenlight. Please see the instructions page for reasons why this item might not work within Greenlight.
Current visibility: Hidden
This item will only be visible to you, admins, and anyone marked as a creator.
Current visibility: Friends-only
This item will only be visible in searches to you, your friends, and admins.
Clockefeller
Description Discussions0 Announcements4 Comments96 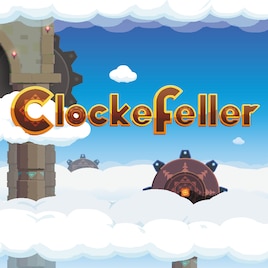 Mighty Menace
Offline
See all 12 collections (some may be hidden)
Recent Announcements View All (4)
New Enemies, Items, and More!
January 13, 2014 - Mighty Menace
New Enemies
All new to the Clockefeller world...rock creatures!! These rock creatures were created with the Clock long ago, and are not susceptible to gravity fields created by the gears. But with the shifting gravity, the player will have the ability to stomp on these enemies from above or from the side! At the moment we have 4 varieties of rock enemies:

Items
At the moment we are working on a variety of items to combat the slew of Clock enemies. Here’s a quick look at one of the items, the jetpack:

New Alpha Demo Coming Soon!
We are working on an updated alpha demo. This version will have:

Alpha Demo Update
There’s a new update to the alpha demo. This version should resolve the program start up errors that Win XP users were experiencing.

World 2 Artwork Update
We also have world 2 artwork updates! We wanted to give this world a sense of grandeur, so we designed large columns and gear structures. We also wanted to incorporate the sky into this world, so we added openings to the back wall to let the sky and clouds shine through.

Read More
Description
Clockefeller is a 2D platformer with shifting gravity that takes place in and around a Magical Clock in the sky. The gears of the Clock create a gravity field which allows the player to explore around the gears. Each level challenges the player to figure out how to maneuver past enemies, hazards and gears while collecting coins, using power ups, and finding keys that unlock the next level.