Store Page
Imperator: Rome>  Workshop > Blood Royal's Workshop
This item has been removed from the community because it violates Steam Community & Content Guidelines. It is only visible to you. If you believe your item has been removed by mistake, please contact Steam Support.
This item is incompatible with Imperator: Rome. Please see the instructions page for reasons why this item might not work within Imperator: Rome.
Current visibility: Hidden
This item will only be visible to you, admins, and anyone marked as a creator.
Current visibility: Friends-only
This item will only be visible in searches to you, your friends, and admins. 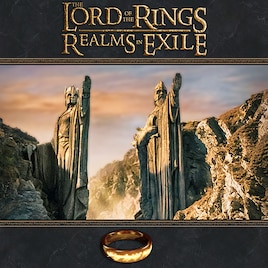 [REDi]1R CAPT Owlcoholic [A,D]
Offline
See all 17 collections (some may be hidden)

This item has been added to your Subscriptions. Some games will require you to relaunch them before the item will be downloaded.
Description
An early access 0.15 *BETA* for a total overhaul Lord of the Rings mod set in the mid Third Age (1300), right after the return of Sauron to Dol Guldur and the rise of the realm of Angmar in the north, while Gondor is at the height of its power.

Please see the file "GAMEPLAY CHANGES" for an explanation of new mechanics - it's in the mod folder itself and you can also find it in the discussion thread here on this mod page.

Feedback from play testing is extremely welcome, but please, remember that this mod is an early release and that there will be things that do not work optimally/could be vastly improved. I do believe that it's fully playable and fun to play even at this early stage, however, so that's why we're releasing a 0.1 version.

Update:
Owlcoholic made a music submod for those who want to listen to the movie soundtrack while playing :)
https://steamcommunity.com/sharedfiles/filedetails/?id=1851796867

MattTheLegoman  [author] Nov 25 @ 3:26pm
@Swinder, the Imperator: Rome mod is not being worked on, it's on hiatus. I am open to other modders joining the Realms team to work on the Imperator LotR mod.

Swinder Nov 25 @ 11:34am
Will this mod be updated or will it be abandoned in favor of the ck3 mod? I have never tested it yet but it makes me really want to do it on imperator: rome

MattTheLegoman  [author] Nov 23 @ 11:26pm
@Malivamar, this mod is not being worked on right now. It would need new modders to take it up because the current team is working on the CK3 Realms in Exile.

Malivamar Nov 23 @ 7:51pm
Do you think that with the new update and combat overhaul coming in we can get an update?

MattTheLegoman  [author] Oct 29 @ 2:04am
Orcs won't be in the first version of the CK3 mod. We're doing Rohan, Dunland and Isengard first.

Paul Oct 28 @ 6:19am
Could you please make a devour-and-breed system for the orcs in ck3? To quickly assimilate?

Nexgrato Oct 24 @ 9:30pm
@MattTheLegoman ignore the jerks. Can't wait till CK3 thanks for the good work.

MattTheLegoman  [author] Oct 19 @ 2:48pm
The mod is on hiatus. Your rudeness doesn't change that. =p