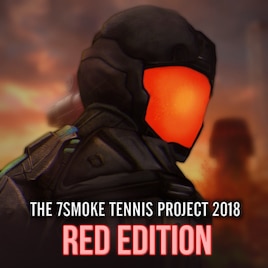 [-:-]NicePixel
Offline
See all 79 collections created by noam 2000 and other people (some may be hidden)
You need DLC to use this item.

This item has been added to your Subscriptions. Some games will require you to relaunch them before the item will be downloaded.
In 1 collection by noam 2000
Custom Maps - SP/COOP Collection (up to Nov 2019) 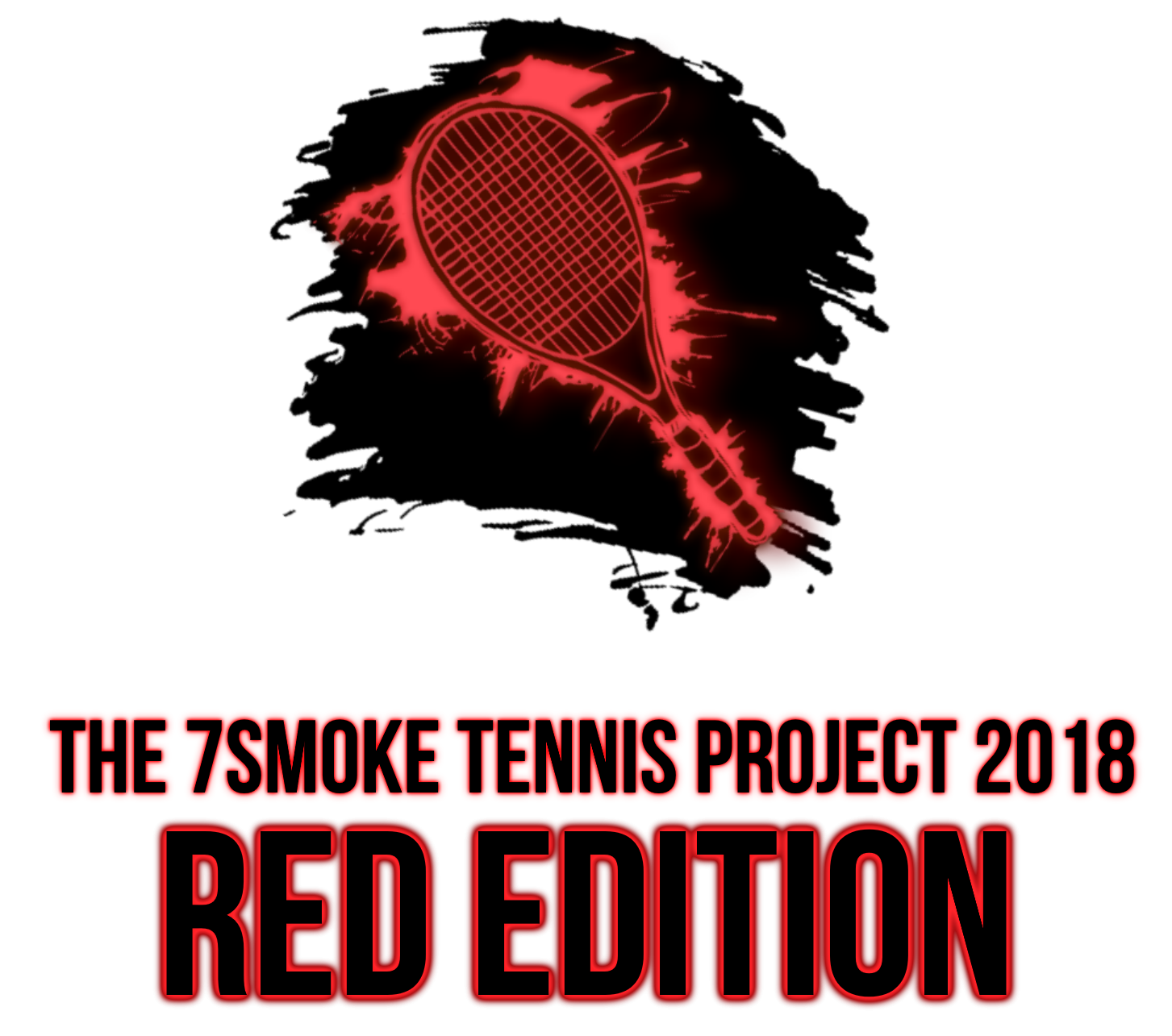 Powered by the creative collaboration of 10 Serious Sam mappers, 16 voice actors, three artists and more – the 7Smoke Tennis 2018: Red Edition is the culmination of all their great efforts, which has been in the making since June of 2017 - and long-awaited by many. We hope you enjoy the effort we’ve poured into this gigantic mod, on the same level we’ve enjoyed making it these last two years!

TEN LEVELS, TEN CREATORS
7Smoke Tennis 2018‘s main feature is a lengthy ten-level campaign – with every single one made by a different person. The end result is a mixture of many different flavours where at least one is bound to satisfy your preferred playing style. But it doesn’t end up being chaotic – the idea behind this project is to have some cohesion between levels, which creates one giant overarching storyline, with three distinct locations in three different “chapters”: Parsart, a purple-clad planet unable to support human life, but is full of fantastical creatures – Zalgun, once overflooded with rainforests but now a barren desert with the occasional abandoned stronghold, and the campaign climaxes at the ever so familiar Earth. There’s plenty of exploration to be had in these locations – but more importantly, a lot of frantic action as well!

MEET HUDSON
While not a prequel or sequel to its Blue sibling, the Red Edition has a larger focus on story and an overarching narrative. The year is 2165, and thanks to ancient intervention, the reach, power and influence of the human race across the galaxy has become much larger than anyone could have imagined.
Meet Hudson: the player character of this story. A lone wolf bounty hunter taking jobs from all kinds of strangers, this particular bounty on Parsart is about to get himself tangled up in a war, with the relevant theater dominated by ancient creatures of fantasy and mechanical terrors of the modern times. This battle gets him in contact with Amelia: a lady with a creed, who will help Hudson in an unexpected way. Together they chase after a trio of eccentric alien thieves: Par, Tar and Var, who seem to have special interest in Hudson and Amelia’s spoils. Things will take a turn for the worse when Hudson meets their boss, and has to fight off two powerful foes by himself...

FAMILIAR ACTION, ORIGINAL ADVENTURE
Hardcore Serious Sam fans won’t be seeing too many familiar assets – the Red Edition is the project’s most original product to date, and we’ve committed to adding in many small touches to the overall experience to really sell this. We’re talking being able to take command of a stealth spaceship, changing the hearts of your enemies to fight with you and “slicing” your way past doors. All the while, the core Serious Sam run-and-gun gameplay you’re familiar with is here to stay, powered up by lots of new enemies of many varieties, and a custom arsenal of weaponry – including a cannon that shoots lightning bolts and a sniper rifle firing explosive rounds. And not to mention, we also have a partially original soundtrack to boot thanks to an ambitious composer who’s part of our team! In short, there’s plenty of new here.

Although the characters are voiced in English, Russian, Polish and Brazilian Portuguese translations are available.

The mod uses its very own gametitle. If you'd like to launch the game with its gtitle, simply right click "Serious Sam Fusion 2017" in your steam library, go to Properties > Set Launch Options and write in "+game Z_7SmokeTennis2017_Red".

CREDITS
We’d like to extend our thanks to everyone involved in this project:
A detailed list of the credits can be found at the end of the campaign.

FREQUENTLY ASKED QUESTIONS
Q: In multiplayer, my playermodel is using HD animations instead of BFE. What do?

A: This is a universal problem with custom game titles. As of right now there is no way to tell the gametitle which models to use, and so it just jumps between BFE and HD. It is recommended to subscribe to the Playermodel Animation Fixer Mod to alleviate the issue.

Q: When I launch the game with the custom gtitle, my multiplayer models menu is gone! What do?

A: Yet another problem with custom gametitles without a known fix. Sadly, the only thing you can do here is to launch with a SS3 or SSHD gtitle.

Q: Why are the ladders so weird to use?

A: Due to the player model bug, using the official ladders became a problem as it would cause HD models to not be able to climb it, and therefore block progression. We have ended up creating our own scripted ladder, although trickier to use than the original - the trick is to just look up and keep climbing up!

Q: I can't open up Netricsa!

Q: In the 8th level, "Infiltration", my FOV setting is forced to 75. What gives?

A: The special mechanic of the level requires a very specific FOV value in order to work properly. The FOV change is only effective for this level, and will not affect your default value outside of this level. Do keep in mind however, quitting the game through unconventional means during this level (i.e. Task Manager or Alt+F4) will not allow the script to properly restore your FOV value, and you will have to manually set it back.

Q: How do I play the mod in Brazilian Portuguese?

1. Subscribe to Tradução PT-BR para Fusion 2017 in the REQUIRED ITEMS on the right side of this page;
2. Launch the game with the moddable executable;
3. In the main menu, click on Options -> Language -> Text -> Português Brasileiro (ESP);
4. Now you just need to start the mod's campaign!
< >
121 Comments

War Pig Apr 30 @ 6:34pm
I personally enjoyed this campaign. Voice acting was great and I was invested in the story line. My biggest problems were the spawn rates and the never ending battles with soldiers.

The spawn rates were inconsistent. Many parts where enemies are spawning 1 at a time every 20 seconds or so making many parts of the level just drag on forever.

The overabundance of soldiers with laser guns and drones also irritated me, but, I get irritated at on point or another with any game.

Just giving feedback, I give this a 7.5/10. Enjoyed it and will play it again. Hard work clearly went into this and it is much appreciated!!

avenger711 Jan 25 @ 11:48am
No challenge at first then unusable "dominate" feature and unplayable location. Shit mod.

Free advice. When a player doesn't understand what happening he becomes angry. And that's the case I just surrounded by a horde of monster with some flying drones I don't understand what to do with and somehow should deal with shit fuction which can't be even selected properly because double 1 required.

I love some challengle but only when it's honest not because of bugs and bullshit mechanics.

noam 2000  [author] Nov 27, 2021 @ 8:12pm
After collecting all six, just getting near the cannon should activate the rest of the dialogue and advance the level. If nothing is going on, it's possible you've encountered a bug - your best bet would be to reload an earlier save or restart the level entirely.

danielchitwood5 Nov 27, 2021 @ 8:02pm
second to last level i am stuck. got all 6 energy canisters and killed all the bad guys but how do i activate the canon thats in front of the doors?

It is still in early stages, but I'm happy with the progress and quality. After the translation is done, I'll review it and test it, then I'll send the file to you, noam (probably through Discord). ;)
< >