Store Page
Hearts of Iron IV>  Workshop > Levi / GreenCoatGaming's Workshop
This item has been removed from the community because it violates Steam Community & Content Guidelines. It is only visible to you. If you believe your item has been removed by mistake, please contact Steam Support.
This item is incompatible with Hearts of Iron IV. Please see the instructions page for reasons why this item might not work within Hearts of Iron IV.
Current visibility: Hidden
This item will only be visible to you, admins, and anyone marked as a creator.
Current visibility: Friends-only
This item will only be visible in searches to you, your friends, and admins. 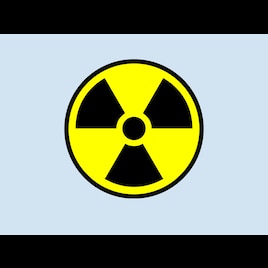 This item has been added to your Subscriptions. Some games will require you to relaunch them before the item will be downloaded.
In 1 collection by Levi / GreenCoatGaming
GreenCoatMods

Do you feel like the vanilla nukes are unsatisfactory?

Do you want to nuke your neighbour and do you want him to feel that?


I know I do, welcome to Radiation Kills! the primairy function of this modification is to make nukes a larger threat, ever since the game came out nukes have rather been a waste of research slots as the only use for them really was to just nuke the entire frontline into nonexistance, it doesn't even damage the population in vanilla like come on.

For all you science kiddo's out there, yeah yeah I know it doesn't work this way, its just for fun aight.

But what does it do?

The main focus of this mod is to make nuclear arms a larger threat, not only to the enemy but also towards yourself.

1. Nuclear arms now actually deal population damage when dropped uppon a state, the damage dealt is based uppon the state's population and is a relatively static number due to some limitations of the games engine. In short a bomb will do one of 3 damage levels, for a state with a population below 1.2 million. For a state between 1.2 and 3 and for a state above 3 million.

< 1.2 mil :
A damage calculation is made using an ingame math system, it should always come down to roughly 10% of the existing population

1.2 - 3 mil :
Due to an engine limitation the game cant progress large calculations so above 1.5 milion ( i have set it to 1.2 for this mod just to be safe. ) can't be made thus these states will always lose ~100K population


2. death counter and radiation levels. All deaths caused directly by nuclear arms will be listed on your screen, it doesnt do anything, I just toughed it would be cool to see how much dies by nukes, this counter relies on maths though so if you launch more than 6-10 nukes at the exact same time ( ie paused ) it freaks out and cant make the calculation breaking the counter. Aditionally there are global radiation levels that increase everytime a bomb is dropped, these values are far from realistic however it is for fun, the counter more or less works like a doomsday clock, the more nukes used the higher radiation levels will become and the more debuffs both troops, the state and the provinces will get.

1. Dropping exessive amounts of nukes while the game is paused ( usually between 4 - 10 ) will break your casualty counter, this is due to the fact that the game can't keep up with the calculations, you will only not be able to tell how much casualties are caused, everything else will still however work as it should.


2. Nuking adds manpower to the enemy, this is a problem that is in the engine that I can't do anything about, when a state has population added or more importantly SUBTRACTED the added or subtracted number will instantly be added to the state's population pool untill it has been capped, when subtracting for some reason it will still fill up the local manpower pool to max meaning that if a state has 0/200K in its manpower pool and it gets nuked it will have 100/165K for example. This issue is slowed by a scuffed solution where a states entire manpower pool is removed for a short period after the nuke hit, once the manpower limiter is removed however it will still not care and add all of that population to the manpower pool. In practical sence youre still removing alot of people from the enemies possible manpower pool its current pool will however just be increased for a short period.


3. The counter blocks thing 'x'. The casualty and radiation counters may block things in your screen, this is because of the way custom GUI's work, there is probibly a better way to do it but I havn't found it yet. The problem is caused by the fact that the custom objects are based uppon a x/y pixel coordinate, the mod was made in 1920x1080 and the radiation box coordinate is set to X1152 which means that if your monitor has less 'width' it will be blocking something.

This mod is made for vanilla however has been tested and altered to be compatable with RT56. As far as others have told me most total conversions dont even launch with this mod enabled, if there is a mod you would like to see this work for however leave a comment in the compatability post below and I will attempt to make it work. Other than that it SHOULD work with all mods that DO NOT alter the way nukes or attrition work.

Other languages:
*I don't speak any of them

Discord to bother me on:
https://discord.gg/tvpt5Gx

Do you like my stuff? buy me a coffee!
( Please? I've been tired for days)
https://www.patreon.com/GreenCoatMods

My Other Mod(s):
Here Is The List!
Popular Discussions View All (3)

Leon Oct 13 @ 9:22pm
So does this mod work, everyone is saying that it doesnt affect ingame?

Battleship Bismarck ~ Levy Jul 15 @ 3:15am
Nothing happens when a nuke is dropped

TheCouncil_Leonard Mar 23 @ 11:40am
Not sure if its me, or maybe a mod incompatibility, however the enemy IS NOT getting negative effects applied to them, only the player.