Store Page
Stone Story RPG > Guides > Osmiux's Guides
This item has been removed from the community because it violates Steam Community & Content Guidelines. It is only visible to you. If you believe your item has been removed by mistake, please contact Steam Support.
This item is incompatible with Stone Story RPG. Please see the instructions page for reasons why this item might not work within Stone Story RPG.
Current visibility: Hidden
This item will only be visible to you, admins, and anyone marked as a creator.
Current visibility: Friends-only
This item will only be visible in searches to you, your friends, and admins.

Crafting Recipes [Outdated]
By Osmiux
Hello! This is just simply a rudimentary guide to unlocking crafting recipes. I'll tell you how to access the crafting page, as well as all 37 (35 originally) recipes in the game.

What to do Before Crafting

When you start a game, you will start off at the Rocky Plateau. To get to crafting, you simply need to continue until you are able to choose your actions freely. So for now, select "Build a Shelter Door" which costs 5 stones.

You'll be able to explore Deadwood Canyon now. Go through and once you reach the end, leave. You will now have an option to "Build Workstation." This is technically the first step to crafting. You should already have enough materials (2 Stones & 7 Wood) build it.

Next, tools will appear as craftables in your workstation. This is not traditionally how things are crafted, so don't get used to this menu. For now, build both the Shovel and the Hatchet. I had just enough stones to craft them.

Now that you have the Shovel, go back into your locations and select "Prospect Cliff" you'll come up with a (Dirty) Sword. Go into your items and equip it. At this point, I would also change your secondary from Stone Throwing to the Hatchet.

Go back into your workstation and clean your blade. You don't need to go back to equip the item, it should just be in your hand still. At this point, you'll have an option to "Upgrade Workstation" with a somewhat steep resource requirement. Go to Deadwood Canyon. You should have enough wood going through once, especially because you chopped up the Ent (At least I think it's an Ent...) that was blocking your way. You should also have a treasure chest. Go into your items and open it up. You should have received a Metal Chunk. This is 1/3. Lets keep going. 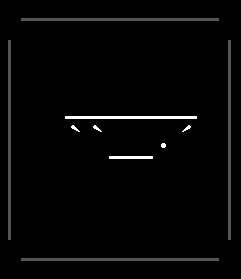 This time, equip your Shovel. and head back to the Rocky Plateau. Don't worry, there's no enemies here. In fact, your health won't even show up on the bottom left. You'll eventually reach a mound of dirt and start digging. Eventually, you'll retrieve another Metal Chunk. That's 2/3. 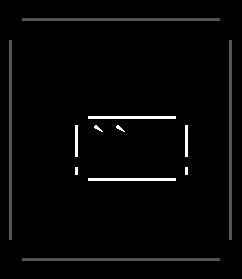 Go into your workstation and finally upgrade it. You'll be able to go into your locations again and "Dig Wall Fissure." You'll unlock Caves of Fear. If you forgot to change your equipment before you entered, that's okay. You can pause the game on the bottom right and change your items there. I would recommend re-equipping your Sword and Hatchet again. It doesn't say, but the attack speed is the same as the Sword, and each swing doing 1 damage, you're essentially dual wielding for now. Once you get through to the end, you'll find a Star Stone. This does two things; One, all previous areas now have a difficulty in stars. Obviously 1-star is easiest and 5-star is the hardest. Two, the Star Stone also acts as a resource vacuum, letting you pick up stuff on the floor without your character physically walking over there, bending over, and picking it up.

I would recommend going back to the Rocky Plateau to get some more items before you venture onto the next part, but it's optional. It does make everything easier though.

Go back to Deadwood Canyon. Equipping your Star Stone and Hatchet will make you breeze through this while collecting everything. Once you encounter some enemies, switch to your Sword. At this point, I also had a Shield thanks to unlocking a chest back in the previous paragraph, so I made it through the stronger monster. You should receive a chest and your final Metal Chunk. 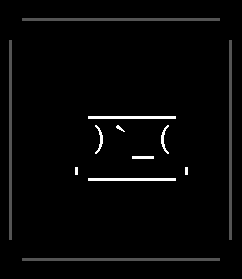 In your workstation, you should have an option to "Craft Smithy Hammer," and after you do so, you should be able to "Craft Anvil."

Congratulations, you've fully unlocked crafting.
What to do Before Crafting
Now before you get into serious crafting, I would recommend getting the Ouroboros Stone, which allows you to loop the section that you were at freely. This lets you get treasure chests without any effort after a certain point. 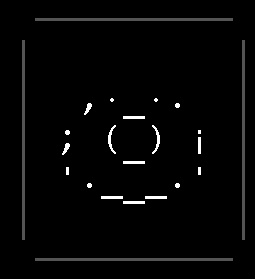 You can get the Ouroboros Stone after fighting the boss in the 3-star Mushroom Forest. One thing to note though is that there is a limit on how many treasure chests you can hold; 150 at any time. And opening them takes about 1 second each, so set aside 2.5-3 minutes when you come back and open your loot.

Also somewhat useful (but definitely not needed because this guide exists), is the Crafting Book. It shows you what recipes you've discovered. You can get this when you enter the Mushroom Shop and purchase two things using Ki.
The Recipes!

Originally posted by Osmiux:
This is the listed order in the book. I know it seems a little messed up, but please put up with it.

Things to note about Item Upgrades:

Originally posted by Osmiux:
You need to reopen the crafting book to get your achievement. Go out there and get some crafting done!

Other Guides!
Now that you've reached the end, you can follow any one of these links to the other guides that I've made.

Crafting Book Recipes (You are here!)