Store Page
Team Fortress 2 >  Workshop > dexc34's Workshop
This item has been removed from the community because it violates Steam Community & Content Guidelines. It is only visible to you. If you believe your item has been removed by mistake, please contact Steam Support.
This item is incompatible with Team Fortress 2. Please see the instructions page for reasons why this item might not work within Team Fortress 2.
Current visibility: Hidden
This item will only be visible to you, admins, and anyone marked as a creator.
Current visibility: Friends-only
This item will only be visible in searches to you, your friends, and admins. 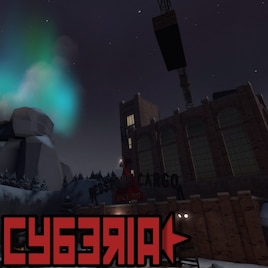 [deleted]
Offline
See all 42 collections (some may be hidden)

This item has been added to your Subscriptions. Some games will require you to relaunch them before the item will be downloaded.
Description
Somewhere deep in Siberia's forest, Mann Co opens a new factory. But laying deep within the factory's facilities, a rocket has been constructed set to launch straight for Gray Mann, and his robots. A robot spy relays this info back to Gray Man, he launches a robotic assault against the facility.

This is where you come in. Grab 5 other comrades and set up shop in front of the facility, do not let the robots destroy the rocket at all cost. You have been assigned to Operation Cyberia.

Cyberia is an action filled MvM map filled that places you and 5 others into the isolated, chilling forest of Siberia. But don’t worry, there is a pretty aurora to keep you and your eyes some eye candy to distract you from the agonizing death you’ll be going through.

Fight and defend yourselves through 3 main areas: the chilling forest, the facility facade, and the rocket hatch itself. Sound like a treacherous journey? Don’t worry as Mann Co has been working on experimental jump pads that will bounce you from area to area in a jiffy! (and maybe score a few robotic heads while your up there)

Comes with 4 missions to test your badassery! Feel free to make your own missions as well, relays and such are included in the download below.

I strongly recommend downloading the icons and missions here:
https://www.dropbox.com/s/inj9qkiwb1nskv5/mvm_cyberia_rc6a.zip?dl=0
Who made what now?:

Special thanks to:
-Startacker and gettsyburg for giving ridonculous amounts of feedback when this map was in its early stages
-TF2Maps.net and Potato’s Custom MvM for playtesting, judging, and leaving feedback to help it grow to what it is now
-Corvatile for making the map's fabulous name (sorry for not crediting you earlier lol)

NiceHotCupOfBro Feb 26, 2020 @ 12:56am
I love the banana peel near the pit at the gates, it's a hilarious touch for an Out Of Bounds Prevention Measure. Not just "screw you don't go here" but "I know you're going to try anyway and you're going to feel like an absolute dumbass when you do."

Syro System Sep 11, 2019 @ 3:18am
Noobish question, downloaded the missions, which folder do I put them in? (the extracted folder named "tf" from the zip file "mvm_cyberia_rc4.zip)