Greenlight > Games > GameCoder Studios's Workshop
Greenlight is being retired. For more information on how to submit games to steam, refer to this blog post.
This item has been removed from the community because it violates Steam Community & Content Guidelines. It is only visible to you. If you believe your item has been removed by mistake, please contact Steam Support.
This item is incompatible with Greenlight. Please see the instructions page for reasons why this item might not work within Greenlight.
Current visibility: Hidden
This item will only be visible to you, admins, and anyone marked as a creator.
Current visibility: Friends-only
This item will only be visible in searches to you, your friends, and admins.
Attractio
Description Discussions6 Announcements12 Comments288 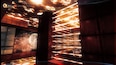 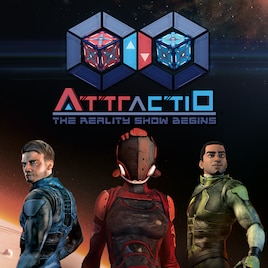 Don Mafa
Offline
See all 56 collections (some may be hidden)

View Attractio in the store

Two weeks ago we announced that Attractio would be released on 01/05/2016. We received an amazing response from the people who knew about the release date. Thanks for the support!

We have worked hard so that the game would be ready for #Steam, #PS4 and #PSVita and we are striving to provide a good experience to the community.

That said, the release has been slightly postponed; we and Bandai Namco Entertainment will be able provide you with an exact date in a few days. However, we know it'll be within the same month of January, 2016.

Thank you for your patience and support!

A year and a half ago (maybe more) over 5000 backers bought the Early Access Attractio's version. Finally the time to show gratification has arrived and we'll deliver to you the Attractio's updated version key and the Original Soundtrack.

Hello guys! If you bought the game on it's Early Access State, we'll deliver to you the reward pretty soon, through the platform of your purchase: Attractio's webpage, GamersGate, Humble Store, Groupees, Desura and IndieGameStand including PWYW.

-Composer Novelli Jurado.
He has had the opportunity to learn music composition in video games from the acclaimed composer Tom Salta; known for his work on Halo, Ghost Recon,
Prince of Persia, among others.

-Guitars by Julio Revueltas.
He has shared the stage with legends such as Steve Vai, Eddie Van Halen, Slash
and Brian Setzer. Nowadays he’s considered one of the best Mexican guitarists.

Millions of inhabitants of the Solar System look forward to the new season of Attractio. Attractio is the reality show where contestants solve deadly puzzles; so deadly in fact, there’s only one way they can leave there with their lives: to win. Men and women risk their lives in live TV, desperate for a better life.

This season: Keir, a man with a humble origin, looks for the monetary prize. Mia, a policewoman from mars, wants to take home the advanced technology prize. Dalek, a dangerous criminal, plays to win his freedom back. Each one will have to solve different deadly puzzles using different gadgets that will allow them to manipulate gravity.

Attractio takes place in the amazing Entertainment Space Station (ESS), an artificial satellite orbiting Mars. This station was created specifically for Attractio and is the only place that meets the requirements to host games with gravity manipulation. As usual, Darius will be the host of this exciting reality show.

Attractio is the new mind-bending single player game, from indie developer GameCoder Studios and publisher Bandai Namco Entertainment, where the player has to solve challenging puzzles by manipulating gravity. This fresh and innovative game will change your perception of physics and reality.


The player will play with three different characters, each one with different abilities, adding variety to the puzzles. Some puzzles can be solved by a contestant alone, but for some others the player will need to switch between the contestants. Attractio has a unique gameplay and puzzles that will entertain the player for hours. This game was inspired by Valve's Portal.

Two weeks ago we announced that Attractio would be released on 01/05/2016. We received an amazing response from the people who knew about the release date. Thanks for the support!

We have worked hard so that the game would be ready for #Steam, #PS4 and #PSVita and we are striving to provide a good experience to the community.

That said, the released has been slightly postponed for late January; we and Bandai Namco Entertainment will be able provide you with an exact date in a few days. However, we know it'll be within the same month of January, 2016.

Thank you for your patience and support!

ALIKANTE  [author] Jul 8, 2015 @ 12:23pm
Hello guys! we have a call, ¿wanna take an active rol on Attractio's development? We're about to release the game and we need your help.

@Hoppalla We're solving this issue :) we appreciate your time giving us this kind of feedback.

Hoppalla Jun 9, 2015 @ 9:39am
After patching the ea client it does actually work on every win account. But anyone else got problems with the mouse after tabbing out of the game?

ALIKANTE  [author] May 27, 2015 @ 10:34am
Hello everyone! Reading recent posts and making sense about the suggestion of keeping community on the loop we can say this:

Attractio will be exposed on E3! All the team will be there for you to talk with, Q&A, suggestions, fresh news and stuff!

Have you seen the new web page? for those who not: www.attractio-game.com

We never forget the ones who bought the EA version, we wtill consider delivering the new game's free key and the OST, wich is more awsome than the last one!


lobishomen:
"We already fixed the special characters for windows usernames, I think in May was already fixed and I was asking only to make sure that the last update worked well."
(your non steam forums).

No you did NOT^^. Not such a problem if you wouldn't have told me, that it would have been solved.
Anyway got an extra windows account now... or 2 because i don't use any admin accounts and i need an extra admin account (without special characters ) for your updates. Maybe u solved that problem already, but not in the humble bundle version neither in the version i had after the latest update. (Switched over to an other account with special characters, and it still didn't work).

Attractio has been Greenlit and is now listed in the Steam store. For the latest information, purchase options, and discussions for Attractio, please see it on the Steam Store or in the Steam Community.
Visit Store Page
For more details Visit Community Hub
For latest discussions
If you really, really want to, you can continue to the Greenlight page. Information on this page may be out of date, since all the action has moved to the areas noted above.