Store Page
Tabletop Simulator>  Workshop > FrozenPeach's Workshop
This item has been removed from the community because it violates Steam Community & Content Guidelines. It is only visible to you. If you believe your item has been removed by mistake, please contact Steam Support.
This item is incompatible with Tabletop Simulator. Please see the instructions page for reasons why this item might not work within Tabletop Simulator.
Current visibility: Hidden
This item will only be visible to you, admins, and anyone marked as a creator.
Current visibility: Friends-only
This item will only be visible in searches to you, your friends, and admins. 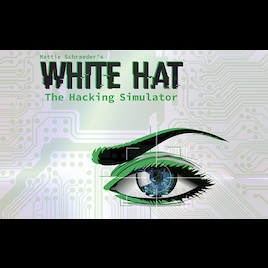 This item has been added to your Subscriptions. Some games will require you to relaunch them before the item will be downloaded.
Description
https://whitehat.games

White Hat is an action selection style game where each player leads a team of hackers trying to patch vulnerabilities on their computer. Players race to be the first team to patch all 4 vulnerabilities, ending the game and hopefully scoring the most points in the process.

These are not your Hollywood hackers. Real hacking is done heads down at a computer, writing code, penetration and quality assurance testing, building applications to aid research, and maintaining computer hardware. White Hat does its best to simulate the real world of hacking and computer development in a way that anyone can understand and play, without having to know the intricacies of computer hacking.

White hats are hackers that aren’t malicious in their hacking. If they find vulnerabilities in someone’s code, they report it, often doing so for monetary rewards, rather than exploiting it to do damage. Black hats, by comparison, exploit vulnerabilities maliciously and use them for personal gain. The term comes from old wild west movies where the heroes wear white hats, and the villains wear black.

Capture the Flag is an event at many computer security and programming conferences and conventions. There are two types of Capture the Flag events. The most common is a Jeopardy style game where you get points for finding and patching vulnerabilities based on short clues. White Hat is based on a versus style event where each team of hackers is working against each other more directly. Each team starts with an identical computer running critical software that has a number of purposeful vulnerabilities. The goal is to find and patch those vulnerabilities.

White Hat also has a bit of cryptocurrency as a mechanic. Cryptocurrencies are electronically generated currencies that don’t exist in a physical form. Instead, an individual wallet’s funds are stored in a digital ledger, and transactions pass between wallets update the ledger allowing users to track the movement of funds through the system. Bitcoin, the most popular cryptocurrency, is “mined” by randomly searching for a string of letters and numbers that matches the next coin to be found. White Hat uses a simplistic version of this to simulate mining cryptocurrency and using that to purchase upgrades for a player's computer as well as additional hackers.