Greenlight > Concepts > Sinok426's Workshop
Greenlight is being retired. For more information on how to submit games to steam, refer to this blog post.
This item has been removed from the community because it violates Steam Community & Content Guidelines. It is only visible to you. If you believe your item has been removed by mistake, please contact Steam Support.
This item is incompatible with Greenlight. Please see the instructions page for reasons why this item might not work within Greenlight.
Current visibility: Hidden
This item will only be visible to you, admins, and anyone marked as a creator.
Current visibility: Friends-only
This item will only be visible in searches to you, your friends, and admins.
Interference
Description Discussions0 Announcements3 Comments31

Let's start with most interesting for gamers, the new pre-alpha demo !

Please note that this is a prototype demo which doesn't reflect the final aspect of the game.
Mainly, it gives you the opportunity to try the core gameplay mechanics of the game.

THEN, INTERFERENCE IS MOVING TO GREENLIGHT GAMES!
If you like the game, support it on real thing! http://steamcommunity.com/sharedfiles/filedetails/?id=192050881

FINALLY, INTERFERENCE'S INDIEGOGO CAMPAIGN IS LIVE!
http://www.indiegogo.com/projects/interference/
I've spent nearly 3 or 4 months developing this game, and i had to refuse some freelance contracts in order to make the first prototype demo available.
At the moment, I'm switching between game development and freelance contracts, which is not an easy thing. If the IndieGogo Campaign succeeds, I will be able to focus 200% on the game development without thinking about anything else.

I will finish this game even if this crowdfunding campaign fails, but without the funding necessary to devote an appropriate amount of time and effort, the game will be either very short or the game won't be out for a very, very long time.

Thanks a lot for your support!

First demo is here!
If you have some time, give it a try and let me know what you think
You can download the demo here : 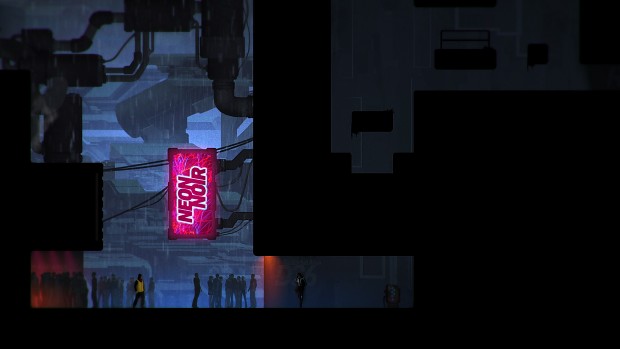 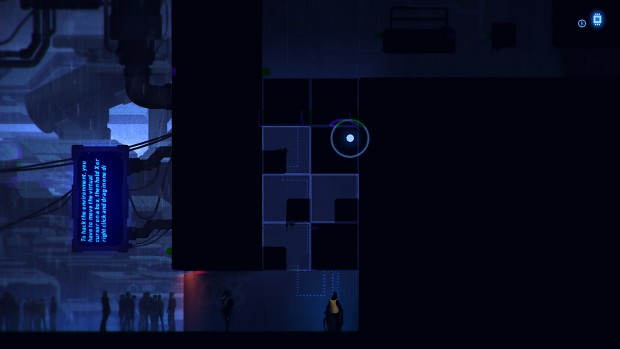 INTERFERENCE is also on INDIEGOGO!
http://www.indiegogo.com/projects/interference/

Interference is a Stealth Puzzle Platformer with a gameplay mechanic similar to that of Rubik's Cube which lets you modify its levels' architecture. Fast stealth gameplay, no way to kill, run and hide, you must sneak through the guts of this technoir metropolis. Join the Interferers and redraw reality!

Please note that this is a prototype demo which doesn't reflect the final aspect of the game.
Mainly, it gives you the opportunity to try the core gameplay mechanics of the game.

Sinok426  [author] Jul 12, 2016 @ 10:32pm
The game is still in dev. Please consider I'm making it on my free time so it's quite hard to take the time to give news frequently about the game (unlike a small video game company). The only thing I can say for sure today : the game will be finished and there is no release date at the moment.

DIGI Dec 18, 2013 @ 4:20am
at first it reminded me of that ninja game, kind of a rip-off really but it was nice to see some sci-fi in it with the hand device, reminds me of stealth bastards in a way.

I look forward to this, but I also would love to see some more deeper mission impossible style maps
just saying I want to do something epic like break into some place the size of Umbrella corp from Res Evil