Greenlight > Concepts > InnoMen Team's Workshop
Greenlight is being retired. For more information on how to submit games to steam, refer to this blog post.
This item has been removed from the community because it violates Steam Community & Content Guidelines. It is only visible to you. If you believe your item has been removed by mistake, please contact Steam Support.
This item is incompatible with Greenlight. Please see the instructions page for reasons why this item might not work within Greenlight.
Current visibility: Hidden
This item will only be visible to you, admins, and anyone marked as a creator.
Current visibility: Friends-only
This item will only be visible in searches to you, your friends, and admins.
Sierra Ops
Description Discussions0 Announcements1 Comments1 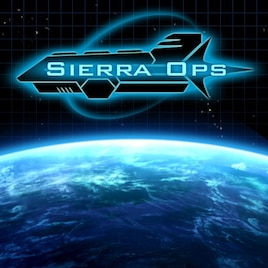 tcwoua
Offline
See all 6 collections (some may be hidden)
Indiegogo
Recent Announcements View All (1)
We have now moved to Steam Greenlight main!
January 9, 2014 - InnoMen Team

Read More
Description
What is Sierra Ops?
Sierra Ops is a Non-Linear Sci-Fi RPG with Real-time Space Battles.
It is a rebuild of our previous game, Operation SD: Space Defense.
We will not link the downloadable demo of our old game to our concepts page, since it may be mistaken by others as Sierra Op's gameplay.

Now for the big differences -
If you take a look at the two comparison screenshots in the showcase/reel, the graphics have definitely been overhauled.
Aside from that, there are pending big improvements to the gameplay, UI, and music.
There will be additional features such as an actual non-linear story to venture through and characters with voice actors.

It is ideally going to be ported to as many platforms as possible, but the first priority is on desktop computers.

Summary
A militarized regime rises in Mars to take control of humanity's rule over the solar system.

A relentless attack leaves the United Terran Vanguard demoralized and scattered as the Ares Confederacy space fleet slowly parades towards Earth to blockade it from orbit.

You, Junius Fahrenheit, stand as one of the last defenders against a coming storm and humanity's first home.

Are you ready to take command of Earth's prototype ship, Sierra, and end this war?

Visit our website, http://www.innomenpro.com for more information about the story, gameplay and characters.
< >
12 Comments

riedstep Dec 14, 2013 @ 1:46pm
wow that trailer gave me goose bumps. the game play looks like it could be alright. definetly wouldnt have held my attention if it werent for that great trailer. hope the game play can deliver.

boxofsound Oct 4, 2013 @ 12:25am
Hi are you looking for any compositions, soundscapes or ambients for this? Here is a link to some of my stuff if you're interested. This is more song based but there is one sound design piece in there. If you are interested then i can send you some soundtrack based stuff.

InnoMen Team  [author] Oct 2, 2013 @ 10:46am
@popaul we still have to release the alpha, I hope you'll be trying it before judging it that way... We also have the first game which shares the same game mechanics, and we received fairly good amounts of feedback from it , and it barely had any anime artworks.