Store Page
Divinity: Original Sin 2>  Workshop > Pyrolusite's Workshop
This item has been removed from the community because it violates Steam Community & Content Guidelines. It is only visible to you. If you believe your item has been removed by mistake, please contact Steam Support.
This item is incompatible with Divinity: Original Sin 2. Please see the instructions page for reasons why this item might not work within Divinity: Original Sin 2.
Current visibility: Hidden
This item will only be visible to you, admins, and anyone marked as a creator.
Current visibility: Friends-only
This item will only be visible in searches to you, your friends, and admins. 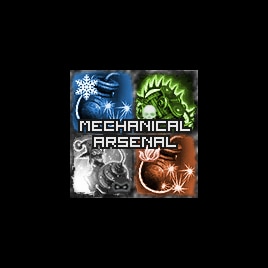 Pyrolusite
Offline
See all 351 collections (some may be hidden)

This item has been added to your Subscriptions. Some games will require you to relaunch them before the item will be downloaded.
Description
Successor to Pyrolusite's Grenade Skills, this mod currently adds 30 skills to the game, still distributed between Huntsman - offensive physical/elemental grenades - and Scoundrel - utility and crowd control grenades, wind-up toy elemental and smoke variants.

Feedback is appreciated, as always.

What to expect
Damage multipliers are still being tested. They might be slightly buffed or nerfed depending on how they will perform, given than they were originally balanced to be burst skills with high cooldowns.

Compared to my previous mod, my main goal here is to provide more skills for players wanting to specialize in one element when playing a rogue/hunter-hybrid class, instead of encouraging a multi-element build that will basically burst harder than regular mages.

The following skills are available at character creation :

Pyrolusite  [author] Sep 26, 2020 @ 2:43pm
@Quiiliitiila Nope, since they are skills and not items, ambidextrous doesn't work with them.

Quiiliitiila Sep 24, 2020 @ 5:33pm
Do these grenade skills benefit from the ambidextrous talent?