Store Page
Conan Exiles>  Workshop > Shani's Workshop
This item has been removed from the community because it violates Steam Community & Content Guidelines. It is only visible to you. If you believe your item has been removed by mistake, please contact Steam Support.
This item is incompatible with Conan Exiles. Please see the instructions page for reasons why this item might not work within Conan Exiles.
Current visibility: Hidden
This item will only be visible to you, admins, and anyone marked as a creator.
Current visibility: Friends-only
This item will only be visible in searches to you, your friends, and admins.

Shani
Offline
See all 27 collections (some may be hidden)

This item has been added to your Subscriptions. Some games will require you to relaunch them before the item will be downloaded.
Description
A light-weight collection of different items, assets and RP-friendlier game systems.

Customization
You can scale the size of the decoration items to your own liking. Some items are conveniently dyeable too.

Tiny Workbenches
Included are several different workbenches - all much smaller than their vanilla counterparts. Most of them include T3 bonuses (speed and material reduction). Taught through an admin-spawned recipe book (Shanis Stuff: Learn Workbenches). 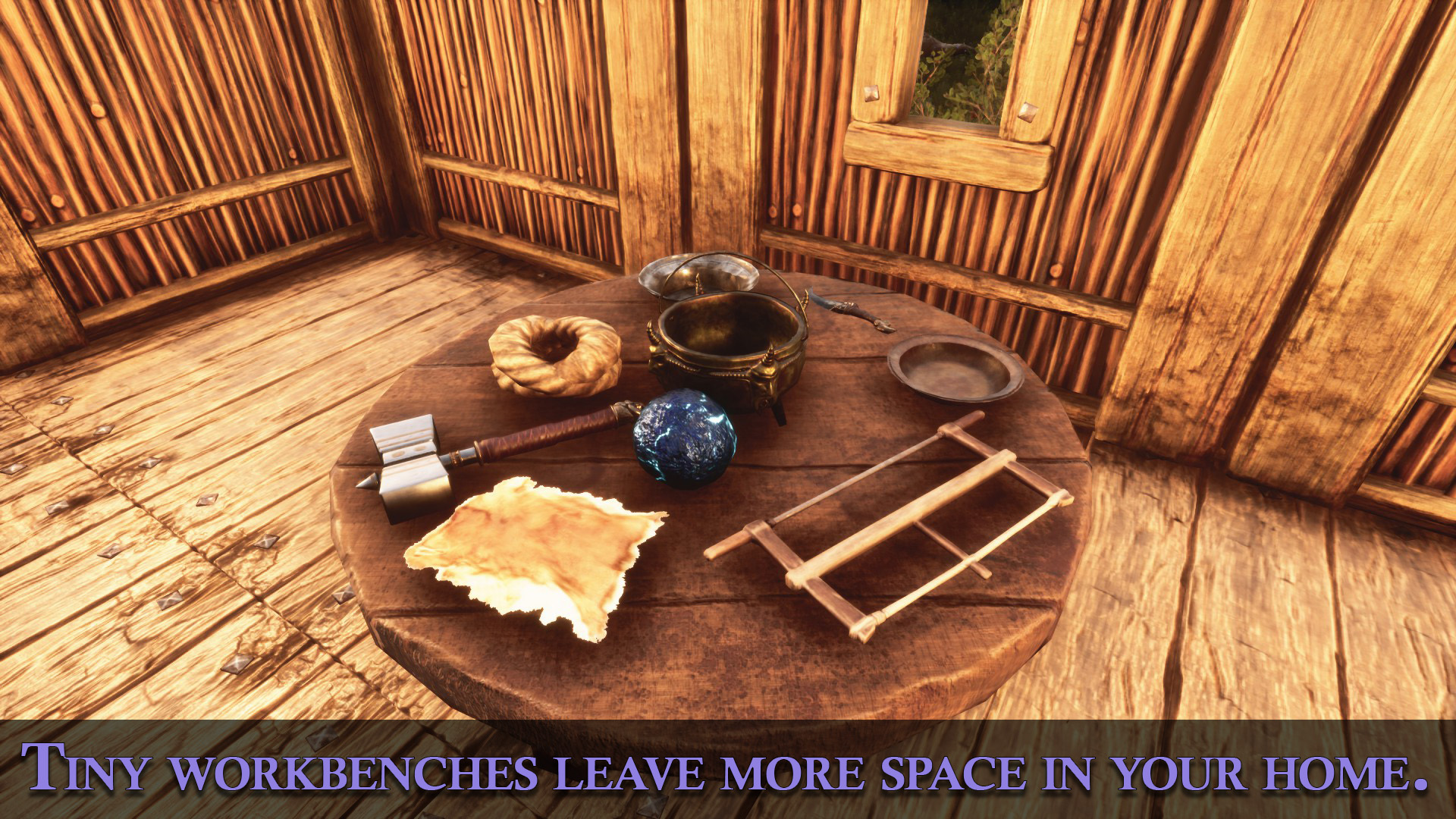 There's also a tiny version (with increased capacity) of a chest and the fridge.

Individual paintings
It's as simple as entering a valid URL to an existing picture (i.e. http://www.your-site.com/conan.jpg).

Improved Weather System
RP-friendlier weather system. Rain & storms now occur way less frequent. But if it rains, the duration is increased to several hours. That way, it's actually feasible to include something like rain in your RP. Instead of it ending after half a dozen emotes.

Time Synchronization
The ability to sync ingame-time and RL-time (UTC based). No longer will whole days pass by during your RP-sessions. An offset is provided too, if, for example, you wish to push the night a few hours back - as 20:00 is probably primetime on most servers. Can be activated (as an admin) via the ingame console: DataCmd ShaniAdm

Cozier Collision
The size of the collision boxes on the male and female player models has been decreased. Players are able to get far closer to each other. Be it during fights or romantic moments.