Greenlight > Games > Frogdice's Workshop
Greenlight is being retired. For more information on how to submit games to steam, refer to this blog post.
This item has been removed from the community because it violates Steam Community & Content Guidelines. It is only visible to you. If you believe your item has been removed by mistake, please contact Steam Support.
This item is incompatible with Greenlight. Please see the instructions page for reasons why this item might not work within Greenlight.
Current visibility: Hidden
This item will only be visible to you, admins, and anyone marked as a creator.
Current visibility: Friends-only
This item will only be visible in searches to you, your friends, and admins.
Dungeon of Elements
Description Discussions6 Announcements2 Comments208 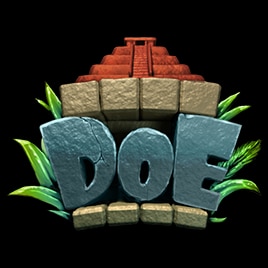 Frogdice
Offline
See all 21 collections (some may be hidden)
Kickstarter
Recent Announcements View All (2)
Dungeon of Elements: Now Available! 50% Off Discount Code Within.
September 23, 2013 - Frogdice
Dungeon of Elements is now available for purchase directly from our web site.[frogdice.com]
This is a 100% DRM free version of the game. If you buy from our site, you will receive a free Steam code when we are Greenlit. Its win, win!

50% off discount code:
GREENLIT
Just enter that code in the "Discount Code" box and you are good to go. Feel free to share the code and tell people to remember to vote for us to be greenlit.

Thank you for your support. Enjoy the game!
Read More
Dungeon of Elements launches for PC, Mac, and Linux on September 24, 2013.
September 20, 2013 - Frogdice

We are thrilled to announce that Dungeon of Elements[doe.frogdice.com] launches to the public on Tuesday, September 24, 2013.

DoE had a successful Kickstarter campaign in June 2013 and delivered on time to our backers July 31st. After a month and a half of play testing, bug fixing, polishing, and adding a few backer suggested features, the game is now ready for the public.

DoE will be available directly from us, Frogdice, on our web site:

If possible, our plan is to also provide Steam keys to anyone who buys the game from our site.

This is your chance to grab the game early while hopefully also receiving it later on Steam.

Please help us by spreading the word about our release and this Greenlight campaign. Getting our game on Steam would be a company transforming event for Frogdice. We appreciate your help and support tremendously.

Read More
Description
Dungeon of Elements is an RPG dungeon crawler with combat inspired by some of our favorite classic puzzle games like Dr. Mario or Tetris. In Dungeon of Elements (DoE), core meets casual as we combine many different styles of gameplay in a fun, immersive experience.

The fledgling Alchemy Guild of Primordiax needs you to help restore its former glory. To that end, you will:
< >
208 Comments

SonicQuack Oct 2, 2014 @ 1:10am
IR: Nutcracker is out of steam keys - I have received no reply to my Desura mail, a request from IR themselves or the three direct emails (the route this forum suggests to use). When will more steam codes be distributed and what's up with the lack of support?

Frogdice  [author] Jun 27, 2014 @ 8:40am
@danalyze: Thanks! You should already be able to claim your Steam key for the game through the Nutcracker Bundle site!

eagleFMJ Jun 18, 2014 @ 5:05pm
where are the indiegamestand keys? almost a week since you last said 'IGS will have them this weekend' what a load of crap