Store Page
ATLAS >  Workshop > Nyt's Workshop
This item has been removed from the community because it violates Steam Community & Content Guidelines. It is only visible to you. If you believe your item has been removed by mistake, please contact Steam Support.
This item is incompatible with ATLAS. Please see the instructions page for reasons why this item might not work within ATLAS.
Current visibility: Hidden
This item will only be visible to you, admins, and anyone marked as a creator.
Current visibility: Friends-only
This item will only be visible in searches to you, your friends, and admins. 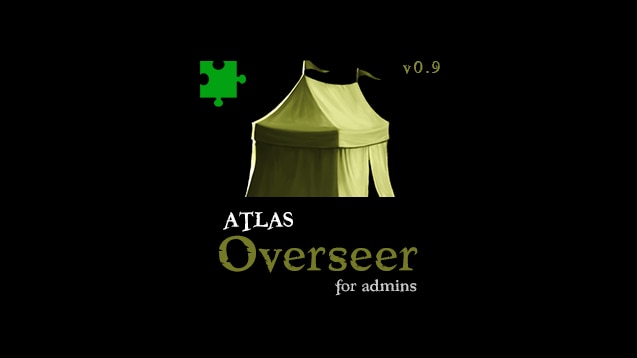 This item has been added to your Subscriptions. Some games will require you to relaunch them before the item will be downloaded.
In 1 collection by Nyt
NytDragon's Fury Atlas Mods

Admin Commands
AO Admin Flag
The admin flag provides admins with the ability to lockdown specific islands from player claiming and also the ability to perform island structure wipes without having to wait for the dev timers.

Spawn code:
cheat gfi AO_AdminFlag 1 0 0
AO Billboard
This admin billboard is perfect to leave messages for players that break building rules by building bases where they shouldn\\\\\\\'t. Admins can now spawn this billboard item in and leave a message, while preventing them from building in the area.

AO Dragon
This allows an admin to spawn in a dragon they can use to travel around the islands within a grid cell. It is faster and can fly underwater. The perfect fun way to scout around your cluster.

SMooreAce Jul 25, 2020 @ 8:02pm
Ignore this dude. He cant figure out how to secure config files, now hes arguing aobut how to place a flag.

Go back to minecraft or paper airplanes!

Joe Swanson Jul 25, 2020 @ 6:45pm
works fine for my server as well, now if your trying to put the flag on a freeport or powerstone you will get that error

Nyt  [author] Jul 24, 2020 @ 11:19am
It WORKS... we use it and others too. I even double tested it on the test server with different settings. The problem isn't the mod or the dev. If there is a bug, you're not providing enough information on how to reproduce it. Good luck.

jf3000 Jul 24, 2020 @ 11:09am
Isn't it funny how the developers always tell the community that there mods work but when the mods don't work for the community, help is very little. Good luck.

Nyt  [author] Jul 24, 2020 @ 10:55am
I just tested the admin flag on my test server... an island that requires 35 gold has that message you keep saying when I attempt to place a normal settlement flag and I don't have gold in my inventory. That's the normal F1 (feat) flag.

When I spawn in an AO Admin flag and use that in my inventory ... and place it on the same island that requires 35 gold, it says 0 upkeep required and allows placement without that message.

So, the AO Admin flag in this mod definitely WORKS when you use it properly. Your message is only for the vanilla flag. The admin flag doesn't replace the vanilla... it's admin only spawn and place.
< >