Store Page
FINAL FANTASY VII > Guides > ThunderPeel2001's Guides
This item has been removed from the community because it violates Steam Community & Content Guidelines. It is only visible to you. If you believe your item has been removed by mistake, please contact Steam Support.
This item is incompatible with FINAL FANTASY VII. Please see the instructions page for reasons why this item might not work within FINAL FANTASY VII.
Current visibility: Hidden
This item will only be visible to you, admins, and anyone marked as a creator.
Current visibility: Friends-only
This item will only be visible in searches to you, your friends, and admins.

What does this mod do?

What else it does: Fixes in-game button names!

Sounds good. Anything I should be aware of?

Will this break my saves, stop me from getting achievements, etc.?

So what if I want to uninstall this mod?

Comments
Update: March 2017
A FFVII super-fan has retranslated the ENTIRE game from Japanese into English, and added controller icons to boot (only PSX ones at the moment, but you can easily make the switch to 360 buttons in your mind from there).

Given that this new translation is actually far superior to the "official" one, and that it includes icons to fix the same issue that this mod does, I recommend that you just install this new mod instead. (FFVII's story will actually make complete sense if you do, too. A nice bonus!)

It's up to you, but I think it's worth the effort.

If you're not interested in that, my mod is here...

Note: If you're using the SquareEnix version of the game, you must use the Manual Installation method (see below).

Note: You MUST run FF7 with an XBox 360 Controller connected once BEFORE you run this mod. (But make sure to quit the launcher before installing the mod.) You have to do this because the first time the launcher detects a controller, it automatically overwrites any existing configurations.

If you've accidentally not done this, then just: Uninstall the mod and then reinstall it. Simple!

October 6, 2013 - Version 2.0 is here!
- This new version alters the way the patching is done, resulting in a much smaller file. It also has a lot more checks in place to (hopefully) identify any problems.
What does this mod do?
The Steam re-release of Final Fantasy VII introduced some great new features: Higher quality videos, fixed script, better music (especially through a mod), cloud saves, achievements, etc. It also featured support for the Xbox 360 controller out of the box. Unfortunately, the way the buttons were mapped for the controller was extremely bizarre.

Let's look at the first problem:
Take a look at the original PlayStation controller mapping: 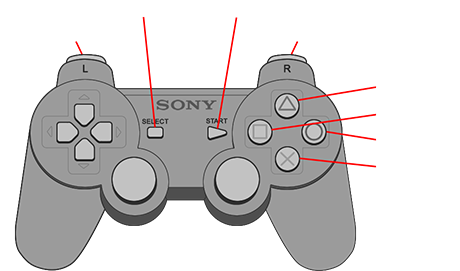 Then look at what you get with a 360 Controller by default (seriously!): 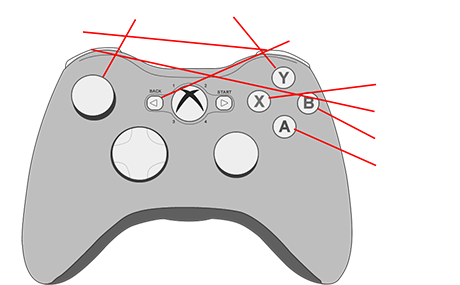 Here's PART of what this mod does: 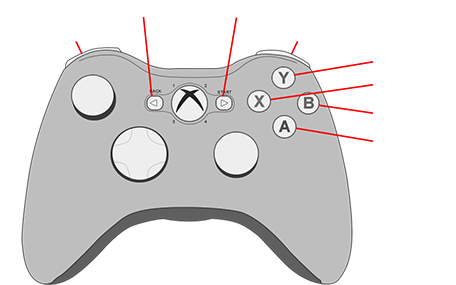 You could do this yourself, of course, that's why there's more...

The worst problem about FFVII on the PC is that uses incomprehensible names for the buttons. Which button is "ASSIST", or "TARGET", or "PAGEUP", or "SWITCH", etc? There are mini-games where you need to know exactly which button to press at a specific time, and it doesn't help if you don't know what button is being referred to. That's where this mod gets special...
What else it does: Fixes in-game button names!
First an explanation: When FFVII was being converted to the PC, they couldn’t refer to the original button names, because they didn’t know what controller you would have. For example, on the original PlayStation, the game would tell you to press the “L1” button on your PS controller, but on the PC version it would say press “PAGEUP” – leaving you to guess which button that was on your particular controller.

This mod changes all references to confusing terms like “SWITCH”, “ASSIST”, “TARGET”, “MENU”, etc. and replaces them with the names of the actual buttons on your Xbox 360 Controller, matching the above config perfectly.

So before mod is installed:

After mod is installed:

Every reference throughout the game has been changed, so you never have to get confused about what button the game wants you to press!

Note: This only works with the ENGLISH language version of FF7!
Sounds good. Anything I should be aware of?
I’m glad you asked. There are only a few small caveats:

Note: FFVII uses an old version of DirectX and so doesn't allow mapping of the RT and LT buttons (these have been moved to LS and RS button in this config). It may be difficult to perform a speed boost while Chocobo racing the PSX equivalent for R1/R2 (RB and RS) at the same time, but it's not necessary to win.

Also, due to the same DirectX issue, the D-pad doesn't function.
Will this break my saves, stop me from getting achievements, etc.?
Nope. This won’t affect any of those things. It’s a very simple mod that only alters one game file: flevel.lgp
So what if I want to uninstall this mod?
Simply go to your Control Panel, click Add/Remove Programs, and double click on “FF7 XBox 360 Controller Fix (Steam)”. This will return your copy of FF7 to how it was before you installed the mod.
Troubleshooting/I've spotted a problem!
Hopefully all the issues have been ironed out now, but a few still pop up from time to time:

PROBLEM: I CAN'T GET PAST THE CONTROLS SCREEN! 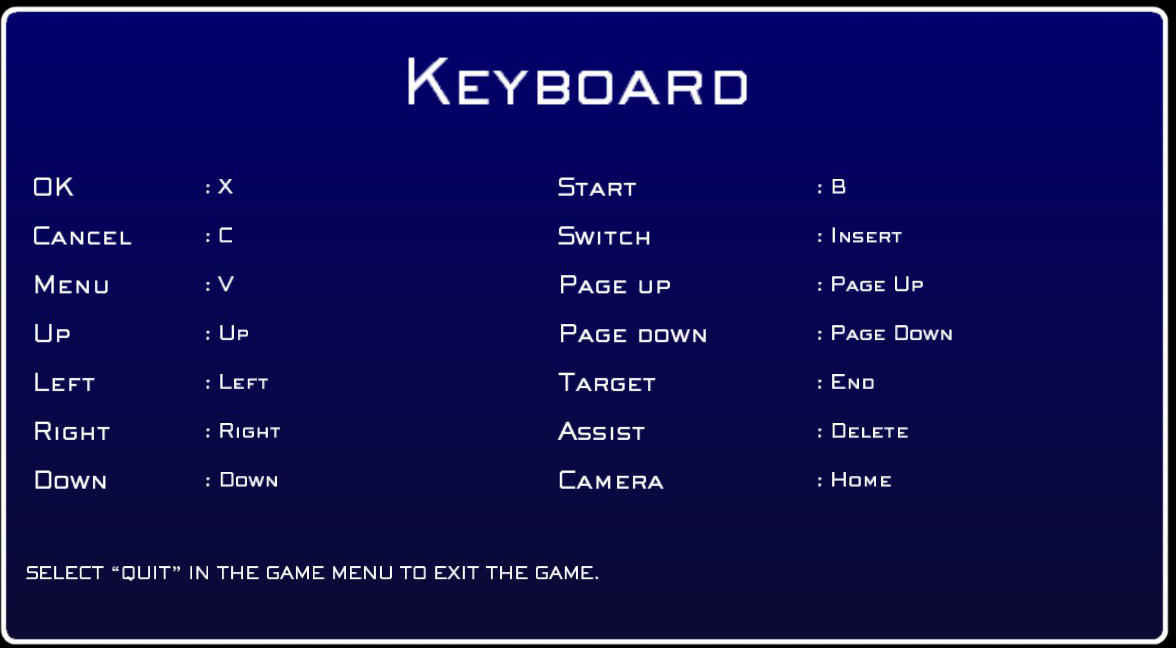 Just press X on your keyboard. This is a quirk with FF7, and always happens, even if you're using a controller. Nothing to do with this mod.

PROBLEM: GAME CAN'T SEE MY CONTROLLER
Please ensure that your controller is set to the "Preferred Device" in the Windows Control Panel! This is a common problem and will likely fix things for you.

PROBLEM: "FFVII STEAM (ENGLISH) DOES NOT APPEAR TO BE INSTALLED"
If the installer states that it can't find the Steam version of the game, but you're sure it's installed (or you're using the SquareEnix version) you can manually install the patch using the Manual Installation instructions below.

Manual installation should always work fine, so if you have a problem with manual installation, it's almost certainly because you already have a mod installed which conflicts with this one in some way. Unfortunately this mod is not compatible with other mods that change the game's script.

PROBLEM: FILE NOT FOUND RUNTIME ERROR
This appears to happen if the game is not installed in its default directory. (Thanks to Neu-Neu for pointing this out.) Just manually install the patch by following the instructions above. Sorry for the inconvenience!

Thanks a lot!
Manual Installation instructions
You should use manual installation if you're having any difficulties with the normal installer, or if you have the SquareEnix version of Final Fantasy VII installed. Note: This mod is not compatible with other mods that alter the game's script, and will not install if one such mod is already present.

2. Go to where the game is installed and copy VPatch.exe and PatchFF7Script.bat into the data\field\. The directory should already contain a file called flevel.lgp - if it doesn't, you're in the wrong directory. Final Fantasy VII is typically installed here: C:\Program Files (x86)\Steam\steamapps\common\FINAL FANTASY VII\data\field but the location may will be different for you.

3. Now just double click on PatchFF7Script.bat and select YES to the prompt that appears.

That's it! You're pretty much done! Just update the controller config below to finish...

The folder you're looking for should look like this: 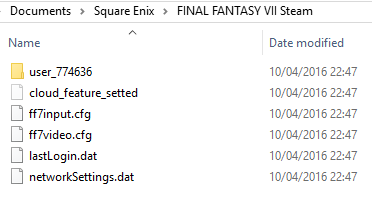 Copying this over your existing config will update your controller config for the game to match the new script.

Azrik Jan 10 @ 4:59am
When using this configuration which buttons need to be held to do the chocobo race stamina trick?

tenguliam Nov 3, 2021 @ 12:06am
hey, so i did this yesterday and it worked fine (manual install) but i booted the game up today and my controller just . does not work with the game. any pointers?

Elmyrdius Sep 29, 2021 @ 7:52am
I had to use the manual install, but it worked perfectly. I'm wondering if the 'game not installed' has anything to do with the fact that I've got my steam library installed on a different drive in my PC (not the default C:\[steam directory])