Store Page
Squad>  Workshop > Bruno's Workshop
This item has been removed from the community because it violates Steam Community & Content Guidelines. It is only visible to you. If you believe your item has been removed by mistake, please contact Steam Support.
This item is incompatible with Squad. Please see the instructions page for reasons why this item might not work within Squad.
Current visibility: Hidden
This item will only be visible to you, admins, and anyone marked as a creator.
Current visibility: Friends-only
This item will only be visible in searches to you, your friends, and admins. 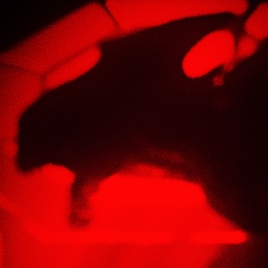 Bruno
Online
See all 43 collections (some may be hidden)

Space Crew is a full conversion mod for SQUAD inspired by classic sci-fi thrillers such as Alien, The Thing, and Event Horizon. Players will be able to play as a Survivor, completing objectives and moving stealthily inside an abandoned Space Station, or as the Creature, moving through the vents and dark spaces looking for its next victim. The game uses immersive sound cues and visual language to build a creepy atmosphere in the Space Station.

This is a free modification for Squad.

They mostly come at night... Mostly

The aim of Space Crew is to push boundaries of Squad’s modding SDK. Unlike many other mods, Space Crew isn’t about supply runs and combat: in fact, firing a gun inside the space station could bring very unwanted attention!

Instead, it focuses on taking one of Squad’s best features to the next level: communication. By playing the Station Blackout game mode, players will quickly learn that constant communication is their most effective weapon to survive and solve the puzzles. Space Crew will also present an atmosphere of fear and tension, emphasized by the Alien’s use of special tactics, such as traveling through air vents, to give its prey a good scare before turning them into its next meal and victory.

Squidward Dec 4 @ 3:30pm
upload the source code so the fans can take the project over.

Value Mart Nov 12 @ 4:30pm
I NEED THIS MOD THIS IS EXACTLY THE TYPE OF GAME MODE IVE BEEN NEEDING LOL

woker123 Aug 3 @ 9:14am
is there any chance this mod to become online again along with star ship troopers mod

VampishPick Jul 31 @ 5:53pm
so is it updated but dead or not updated and dead?