Store Page
Garry's Mod>  Workshop > Fisher's Workshop
This item has been removed from the community because it violates Steam Community & Content Guidelines. It is only visible to you. If you believe your item has been removed by mistake, please contact Steam Support.
This item is incompatible with Garry's Mod. Please see the instructions page for reasons why this item might not work within Garry's Mod.
Current visibility: Hidden
This item will only be visible to you, admins, and anyone marked as a creator.
Current visibility: Friends-only
This item will only be visible in searches to you, your friends, and admins. 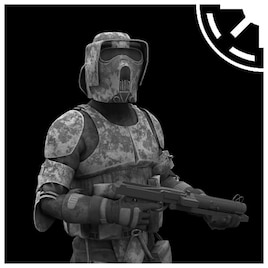 This item has been added to your Subscriptions. Some games will require you to relaunch them before the item will be downloaded.
In 1 collection by Fisher
Star Wars Battlefront II : Keriox's models

Originally posted by Wookieepedia:
"Clone scout troopers were specialized clone troopers who were active during the Clone Wars. They were most commonly used as scouts for the Grand Army of the Republic and saw use at the Battle of Kashyyyk in the final years of the war.”

KEEP IN MIND THIS IS A WORK IN PROGRESS. THE ADDON WILL BE UPDATED FREQUENTLY DURING THE NEXT FEW DAYS.
Available :
Bodygroups :
To be added :
Known issues :
Credits :
Reuploading :
All trademarks belong to their respective owners.
All content not owned or claimed by KérioX belong to their respective owners.
Nothing in these files or/and code may be reproduced, copied, adapted, merged or modified without prior written consent of the original author, KérioX or Fisher.
Doing so would be violating Valves Terms and Conditions and the Steam Workshop Rules